Producer XYZ made the move out West and things have been going smooth for him since (March 25, 2016). He has an an adaptable sound, impeccable work ethic and an eye for aesthetically pleasing visuals – a combination that has landed him in a circle with some of The Midwest’s coldest talent. The “Feel Me” video is yet another step in the right direction for the recent LA transplant.

These visuals are wild. Kristina Selinski directed the sexy storyline. She’s a member of FREEMINDS COLLECTIVE and currently enrolled at Pratt Institute in NYC. XYZ linked with the art student over Twitter and made the collaboration happen digitally. A beautiful Jaclyn Luisi starred. Both are Pennsylvania natives.

XYZ looks to alternative outlets as a producer, which has opened up many doors for him. This visual has EDM influence just like it does Hip Hop. I picture this video playing on a wall in a Los Angeles club, with the prototypical computerized effects and flashing colors dancing around an artsy-looking female.

The music is a similar fusion of tastes. XYZ went with strong, punchy club kicks and then dropped a heavily reverbed sample right in the middle, like he’s trying to bring the 80’s back. The producer juiced it up with some heavy drum rolls and a smooth bassline too, making the sound more of a beat that an emcee could rap on.

Also known as Brandon Johnson, the artist was born and raised in Milwaukee, Wisconsin and he maintains his plug to The Midwest. Now XYZ is out in Cali, tapping into his home network and elevating his sound to the next level with critical moves in the industry. 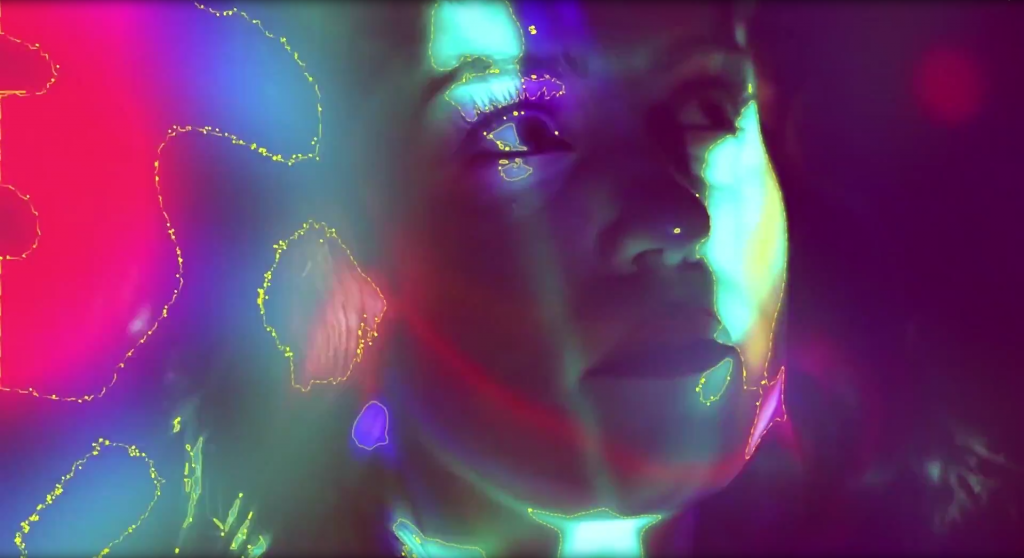 Basement Made recently had the opportunity to chop it up with the artist. He’s a humble cat but he knows he’s got the clout. Back in 2009, XYZ was living with Chuck Inglish. He didn’t start producing until post-breakup 2011, though. “I was like, well… I got spare time,” he says. “Let me just go ahead and download FL.”

XYZ is a protege of sorts to the popular Midwest producer-emcee. He cites him, Pharrell, Dr. Dre and Timbaland as influences. Like the cool kid, XYZ wears multiple hats as a artist. He entered the picture around Convertibles. Later, he would engineer the “SUPERSQUAD” joint off of Everybody’s Big Brother for his ex-roomie.

His sound carries the Midwest bounce but he says “the ambient element puts you in that zone”. Melodies matter a lot to XYZ, but the 808s and bass gotta be banging too. “It’s going to pull out some sort of feeling,” he says.

Chuck recommended that the young king make the move to Cali in 2013. “By the time I got here, I had like 30 dollars left,” he explained. The artist had nothing set up, only his work ethic intact. “I didn’t have any plan at all.” Johnson knew it was the right move, so he grabbed him a job right away and has been heavy at work since.

XYZ has landed other major placements, including a Coors Light commercial for their “reFRESHing” campaign, which features Grammy-winning DJ Dahi. He also got the “HowUwannaDOIT” joint on Sway In The Morning. Check his production out on Dusty McFly’s Sincerely Fleez project and “2nd Quarter Pressure” from DJ Smallz and Wave Chapelle also.

Currently, the ambitious beatmaker is working with Boldy James (Mass Appeal Records), hometown standout Bankx (Penthouse Music), Jake Barker and Genesis Renji. Keep your eyes peeled for more merch from the producer in 2016. He’s working on full EPs with James and Bankx, an idea he got from Action Bronson, who will lace entire projects with the producers that he vibes with.

“Let me make you something that you can play in your trunk – on repeat”.