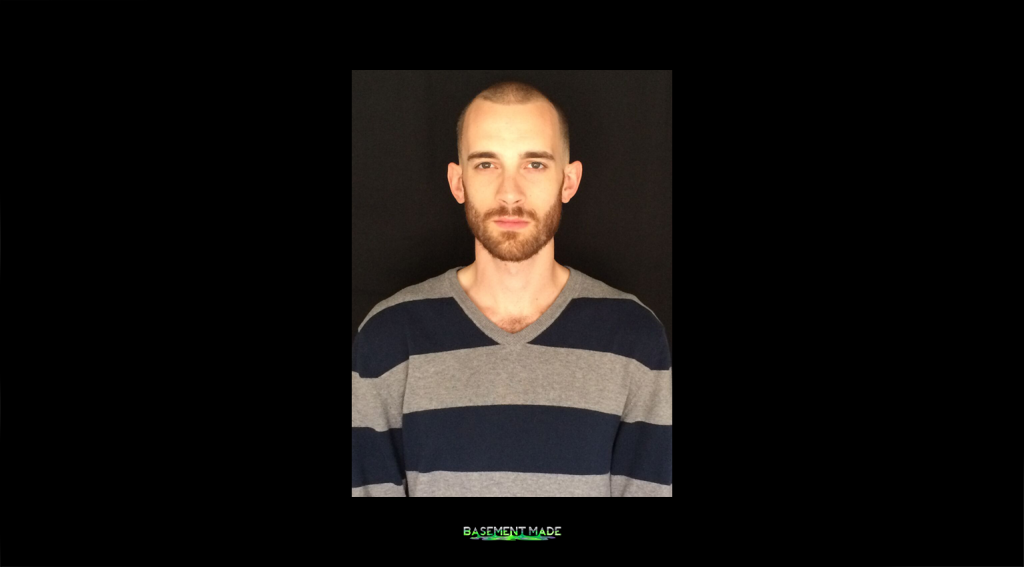 Thank you, thank you, hold the applause. All of this attention, I think the weirdo rapper-journalist should tell a story… Here’s sumn light.

I taught myself to read and write. I wanted to compete but they kept giving me low writing scores all throughout my youth. That was discouraging but I was hungry. I kept working and began to succeed as an artist without training of any kind, and that gave me hope. I kept plugging. Then after a rough first year at UW, I was recognized on the national scale as a student-artist out of Madison, Wisconsin. Pow. I worked on my engineering and design and launched my production publication Basement Made in 2012. Then I wrote for The Badger Herald, Wisconsin Union Theater and The Black Sheep, before landing in LA to pen for HipHopDX (May 24, 2016).

Writing professionally has put me in a unique position. I now work in two fields that’ve historically conflicted in Hip Hop. Typically, rappers are the street cats, producers are more working class, and both of them hate the journalists from the secluded, privileged backgrounds. However, emcees and beatmakers usually don’t present their own music – especially not in Wisconsin where the educational system is currently fucked and the entertainment scene is completely independent. Thanks Scottie. We cook and drop, praying that God reaches down from heaven with the plug. This is why rappers will talk to journalists – even when they say they don’t – in hopes that the white collar American will provide an extra finesse to the artist’s work.

The downside of the Midwest-South grindset is that it leaves the door open for the vulture opportunists to step in. Vultures are usually Coasties, and typically were raised with and live by different motivations than their subjects. Hip Hop is compelling, so they’re all over it, but this isn’t necessarily good. Most modern Hip Hop journalists haven’t ever lived in the culture of Hip Hop or one remotely resembling a struggle. These people don’t stand up for the words they type on the keyboard. It’s an act and The Internet makes it safe.

I’d say 9/10 journalists have never experienced deep physical and emotional pain, the loss of loved ones at a young age, class and racial conflict, police brutality, guns, drugs, gang violence, starvation, unemployment, being fucked by the law or living broke. Even if I or another person tried to explain these concepts to them, they’d never truly understand the reality. They’d pretend to, though. They’re Fake Shore Drive-ing It and the lower class is just a social phenomenon to them – a steady source of income. Dance clown! You’re nothing loser!

They say whatever they want and get away with it, equating their desire to speak and take photos to freedom of social mobility. They call themselves progressive and liberal, spouting pseudo-intelligent revelations to the masses during the week and in times of high traffic, yet they’re nowhere to be found off the clock… Never in the streets unless they’re seen or getting credit for it.

To maintain their carefully manipulated reputations, new age and oldhead writers alike defend their privilege to death with passive aggression, obscure vocabulary and pop culture references that play well on social media. They have little working knowledge of the topics they’re reporting on, so they create as opaque a facade as possible, in hopes that no one will ruin their play time. This is 2016, where the sheepish “professionals” with little personal initiative get hired and clouted innovators with real life experience are left starving.

My life has been a lot different than the prototypical American journalist. I’m a survivor and was born with few options. I grew up working, rapping, hustling and playing in the mud. I also happen to be one of the coldest journalists of my generation. Hard work and finesse has been key. I’ve been thrown through hell to get to LA, and while I’m sure my path could be similar to another rapper-journalist, I don’t think there are many if any other people my age capable of handling the gig. I get a lot of special love and hate. It’s always been like that for me. Always. I have a much tougher skin than these softies. Cheeseheads are hard but Hip Hop is an industry of extremes and few can handle its toxic core hidden underneath a facade of progressivism – emcees, producers, writers, and also singers, painters, actors, and all the other artists we naturally build in da land.

I’m also a minority phenotype and ethnicity in Hip Hop – a tall, skinny, bald Norwegian-German mix, which I’ve noticed to usually intrigue a muhfucka or piss him/her off. I’m usually not greeted with kindness from strangers, but I am consistently called white trash, weirdo, cracker, scumbag, fag, nazi, wigger, fufu, gay, goofy, criminal, greasy, dirty, anorexic, retarded, crazy, psycho, drunk and a hundred other things by people that I’ve never met before in my life. These industry people are scared of what they can’t categorize, box up and patent. I’m almost completely reliant on skill and work ethic, and they fucking hate that. They want to destroy that.

I’m the one that can’t be restricted to a genre, skin pigmentation and monetary value. I love what I do with all my heart but these vultures are numbing Hip Hop and America with their bullshit and I’m sick of it. My people don’t speak out like this but I will not back down to these hollow Internet Thugs. Knowing how to use a pen is one thing but relaying my message to the masses is another. I’m finally getting good and I ain’t stopping the teachings anytime soon, so call me whatever ya want, but I’m only improving.

On an artistic level, I can relate and collaborate with each of these different subjects of mine too. That’s good community and business. I don’t have to work with anyone but I do have access to a network, through my varying jobs. They love my bars, regardless of what I’m using em for. I’m the one with the words… It’s just getting everyone on the same page with this shit. There are creators and parasites. Just look closely at what exactly these Coasties are doing and it’s pretty easy to tell who’s who. Their camouflage can be confusing but you’ll be seeing and hearing from more of my students in the near future, so stay woke, because their bullshit ain’t gon play that much longer.

What’s more enticing: hearing from a self-made industry professional or an entitled roleplayer?

85 thoughts on “Cliff the Rapper-Journalist”