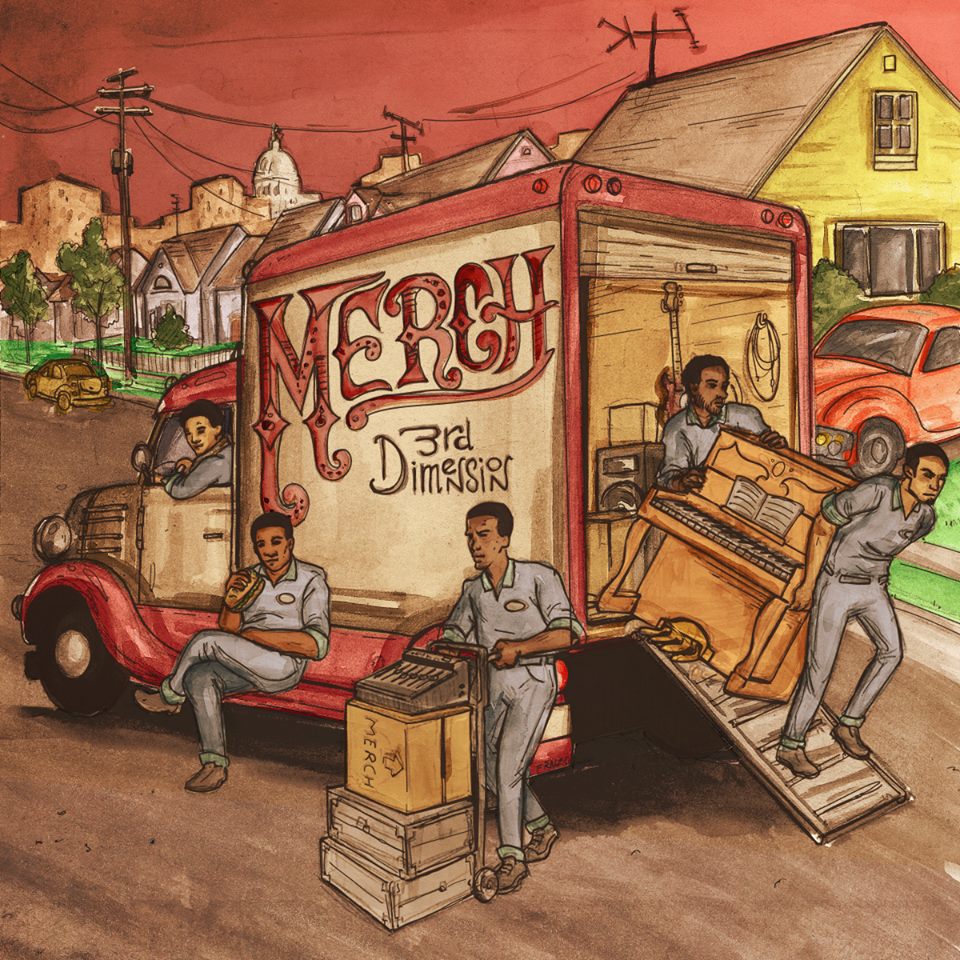 Soulful background samples and simple but hard-hitting instruments from Burn $ampson lay the path for 3rd’s talented emcees. Thank God for an authentic hip hop group in 2014. Maybe it’s just me, but damn…I feel like it’s either that a team’s producer is on some bullshit or one or more of the artists bring down the rest of the group. That’s not the case here. This second installment from 3rd Dimension really solidifies them as not only a player in the local scene but also within the Midwest region.

I first heard of this group last year, although they dropped their first project back in 2012 (University Ave). Download it. When I was writing for the Badger Herald last year, 3rd Dimension competed in a showcase at High Noon Saloon that I was reviewing. They performed the “Let’s Eat” record off the tape and I was relieved to see an act with some real stage presence amidst the other amateurs that payed the $300 fee to do nothing but make an ass of themselves.

The thing that stands out on Merch is both the progression from University Ave and the consistent flow throughout the tape. It’s easy to see that 3rd spends a lot of time planning out each song and how it fits within the project as a whole. One major mistake that they have been able to avoid so far is assuming that talent is enough. Too many of today’s artists confuse making music with art. Not every track belongs on a mixtape, good art has an overall message and coalesces meaningfully. Working with people that have a shared background and similar future goals, in my opinion, is the potion for great music.

It’s clear that 3rd Dimension spends a lot of time in the studio together and puts forth effort to tell a story. They speak the struggle of growing up in Madison but make sure to include the influence of UW too. This town has a unique culture surrounding it and all of the rising young artists in this area are turning our lifestyle into a musical sound.

The only criticism I have is the vocal mixing. There are times when the levels are clipping or there’s static in the background. This should be fixed for next time but it doesn’t take away from Merch too much overall.