For Those That Need A Walker

Scott Walker: For those that believe in conservatism. Unfortunately, this means that people actually believe what this man says. “True freedom and prosperity doesn’t come from the mighty hand of the gov’t, it comes from empowering people”, he said in his victory speech. Someone, half our state, thinks that’s what our governor does. As a matter of fact, that’s almost great for me, someone who’s had to bust his ass for everything he’s got, but Walker has done nothing at all to help me, or anyone else, minus a select few.

You not only must be a white male with a private college degree but also able to obtain a high paying job out of school, in order to benefit from his policy. It’s ludicrous and sad that so many of these poor farmers and other blue collar workers thinking Walker is out to help them. HE IS OUT TO BREAK YOU. It’s only because he claims Christianity and supports gun ownership that he can pass all of his other mess through. It keeps his supporters at bay.

The only rich areas in the state are the west side of Madison, Milwaukee suburbs, Sheboygan and maybe a couple others. This is nowhere near enough support to justify his governorship, yet we’re here. Now my state, which I love to death, will be responsible for producing the most ignorant presidential candidate The US has seen in recent history.

I really don’t want to see where America goes under this pig. That’s all I’m gonna say. 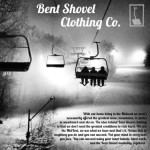