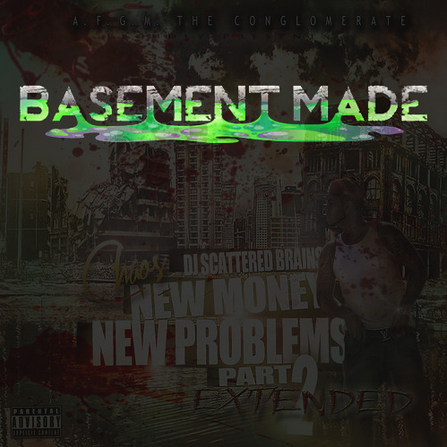 I came to Chaos to jump off this whole EXCLUSIVE aspect of the site for two reasons. Number one: I respect the amount of work he puts in. Number two: his direction reminds me of my own, in a way. These two things are the recipe for a Basement Made production.

Chaos New Money is really more than that, though. Chaos works hard and has a unique style but he’s progressing at a rate much faster than anyone else too. Industry or not, people are not ready for this Madison shit. As we cover in the interview, he’s found his pocket in hip hop and can now build everything else around the flow. We also cover the artist’s musical roots, his latest projects, his plan for AFGM and a LOT more.

I’ve had a chance to listen to New Money New Problems Part 2 a few times myself. Like I said, his flow is wild. His melodies are getting better too. The biggest drawback is definitely the shortness of the records, eight of fourteen tracks are under 2:15.

This is the inaugural Basement Made interview:

“AFGM or we’ll punch your grandma in her clit”