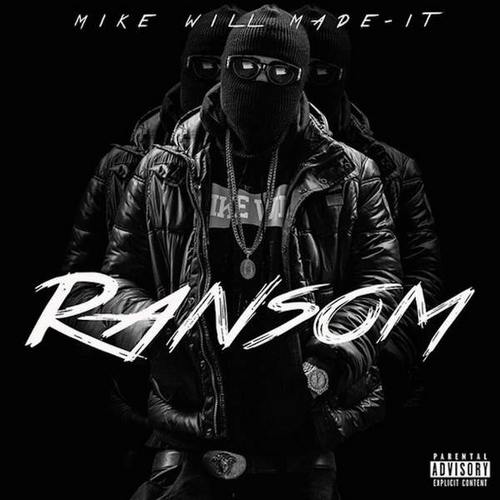 Now… I know I’m a day late, but hell, I’m trying to pay the rent ya hypebeasts. Here goes the play-by-play for Mike Will’s heavily anticipated new mixtape, Ransom. If you’re so inclined, stream the tape below while enjoying my insightful, colorful commentary.

1. “Paradise Intro” is definitely the best joint on here. Big Sean is easily one of the most underrated mainstream artists stylistically and lyrically. That beat is tailored perfectly to Sean and he holds nothing back. Limiting this banger to an intro was either genius or a huge mistake.

“All the fruits of my labor organic homie

Making sure my family tree got hammocks on it

And a good guy can change, especially if he short changed

So fuck is my ransom homie?” – Big Sean

2. Somebody put this record on season 2 of True Detective, without the rapper.

4. I really don’t wanna dislike “Drinks On Us” because I actually do like Future’s music. And I do like Swae Lee’s ILoveMakonnen impression on here, the hook is nice and his changeup into the verse is real smooth. Future just isn’t in the right key or sumn, which is unfortunate because this song is so basic to begin with. When he comes in, he’s on that go-to flow he always reverts back to.

5. Dead. Like, how the fuck did this make the cut dead.

6. Gucci Mane comes with a nice streak on this trapped piano beat, “Stop Start”. He definitely brings out some of that “Lemonade” nostalgia. Ever so the trap lord, Guwop is. I can’t help but wonder though, if Mike Will is just a little salty for Gucci’s Scott Storch reference on his tape…

7. Beat is ok, flows intriguing. It does sound like whoever-that-is might shit their trousers at certain points.

8. Ya’ll should already know how I feel about “Choppin Blades”, it’s a banga. I’d tag that post here, except this cocksucker called Jeremy Banks, from International Federation of the Phonographic Industry, took it down. Fuck you Jeremy Banks.

11. Bankroll Fresh can get the cosign on this, solely for developing an original concept. They seem so elusive for Atlantans. His chill flow mixes with the low key, omnious beat well enough, although it could use some change up.

12. Ransom features a lurking ass Juicy J song too. Sounds like some background music for some black masks. Not the best, not the worst.

13. ILoveMakonnen’s Ransom appearance lives up to the level of drugged out strange that his other hits have had. “Swerve” actually sounds like a Johnny Juliano song – poppy, circus freak trap type shit.

14. Clearly most people will favor the Future, Wayne, K Dot record more than anything else, and for good reason. Mike Will killed the Wild Wild West hip hop, pistola in the holster, horseback shit. Future even goes out of his element to sing a worthy hook, but then the two emcees flopped with the C+ verses. That Kendrick outro is pretty bad too, should’ve had Future do it.

15. I almost had a seizure listening to this random assortment of vocalizations. “Change” would definitely be good for Eearz.

19. “Hasta Luego” ain’t bad either. I wholeheartedly expected autotune on this track and I’m glad there isn’t. Rich Homie Quan sings well enough here so we can call it kitchy instead of autotrash. It’s mostly about a girl but also his career success. Play this as the wheels are going up on the flight to work somewhere dope.

20. “We made it out the motherfucking basement dawg, now we holding the mutherfucking game for ransom” – Mike Will Made It