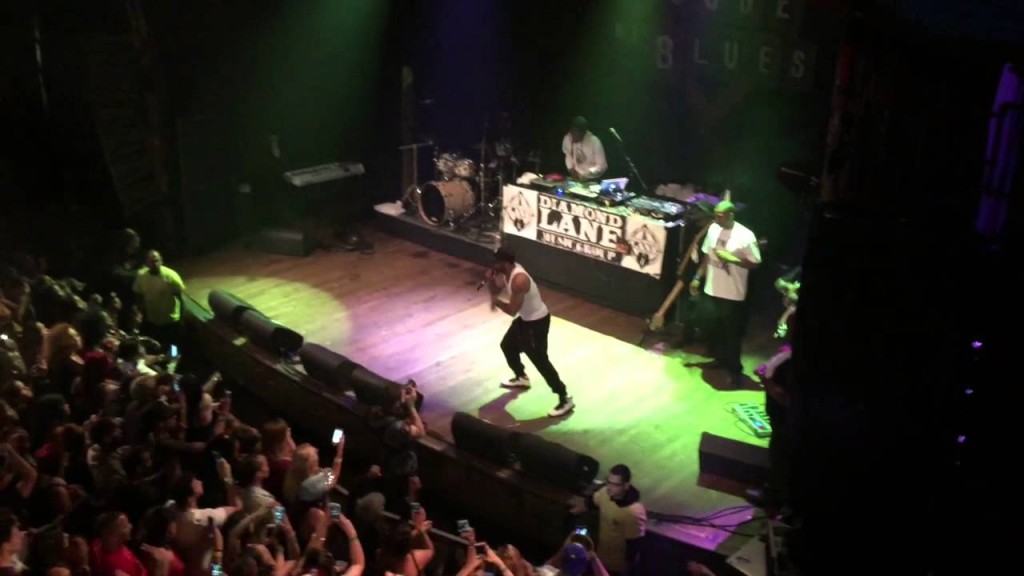 L-Gang is a group of Hip Hop artists, “what LA is now, and what it will be for the next 20 or 30 years,” according to Problem. If that’s the case, he brought the entire future of Los Angeles Hip Hop with him to the House of Blues.

DJ Drama popped out for a few songs before the show started. He helped up the energy a little bit with “Blessings,” “Right Back” and “Bitch Better Have My Money.”

Then Maejor opened the show. The crowd was virtually still when he went on and clearly wasn’t having anything that the Grammy nominated singer-rapper-producer was doing. He’s worked with Drake, Justin Bieber and Andre 3000, but name dropping wasn’t enough to impress Hollywood.

Maejor left the stage as soon as he could, and as he did, a projector screen slowly pulled down in front of the stage. Problem’s camp played a video on the screen to intro his performance. As the video finished up, the rapper started hyping his fans for the first track.

Problem performed a lot of his music. He did nearly all of the Understand Me EP and the Welcome to Mollywood series. The show never slowed, Problem has a lot of music and has done a lot of shows, so he knows when and where to bring the energy.

Bad Lucc came out at the jump of the set and didn’t leave the stage for the rest of the night. The two have a near flawless dynamic on stage: Problem is all over the set, rapping and dancing, while Lucc is flexing like a bodyguard, rapping from the chest.

A few of the crowd favorites were: “Understand Me,” “Like Whaaat,” “I Be On,” “Say That Then,” “Rollin” and “Nasty.” Almost all of Problem’s records start with a distinct standalone sine synth or bassline, so they’d hear the first few notes, then either cheer and start dancing or go back to their cell phone. The crowd was never wild but they did move to most of the West Coast music. The continuous cloud of thick marijuana smoke could’ve played a part in that. Security pretended to care about the first couple blunts, but eventually they just stopped trying to police altogether. Everyone in that building was lit to some extent.

Problem tried to make his show different by adding in other elements, but there were times when he tried to do too much. First, the screen thing was tough to love. It was fine at the start, but his crew had problems with it a couple of other times. Problem and/or Bad Lucc would be in the middle of a mono or dialogue, and all of a sudden the screen would start descending. That definitely killed the luster. The feature performer — Problem — was in the building, on the stage. He shouldn’t have been showing films to paying customers like a lazy substitute teacher.

There were too many people on stage too. The team should never overshadow the star’s greatness. Many rap acts bring out members of their squad during shows, but Problem was tagging folks in and out like WWE. His hypeman came out on stage and dry humped air for the entire length of “R You A Freak.” He brought out two women with Diamond Lane Music shirts on, and all they did was rock back and forth trying to light their blunt. He was almost playing the host instead of the star. And that would function fine, if he was Jay Z running Roc Nation or Rick Ross running Maybach Music, but Problem himself is unheard of outside of California, and Diamond Lane Music is far behind. 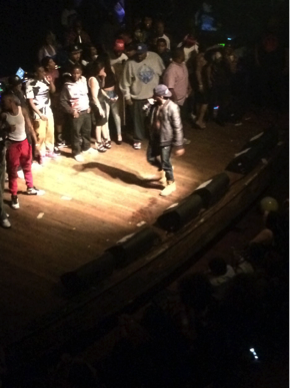 Cop the Understand Me EP on iTunes. Also check out his latest tape, O.T. (Outta Town). It came out February 24 and the roster is wild. He has Rich Homie Quan, T.I., Young Thug, 2 Chainz, Que and August Alsina on there.