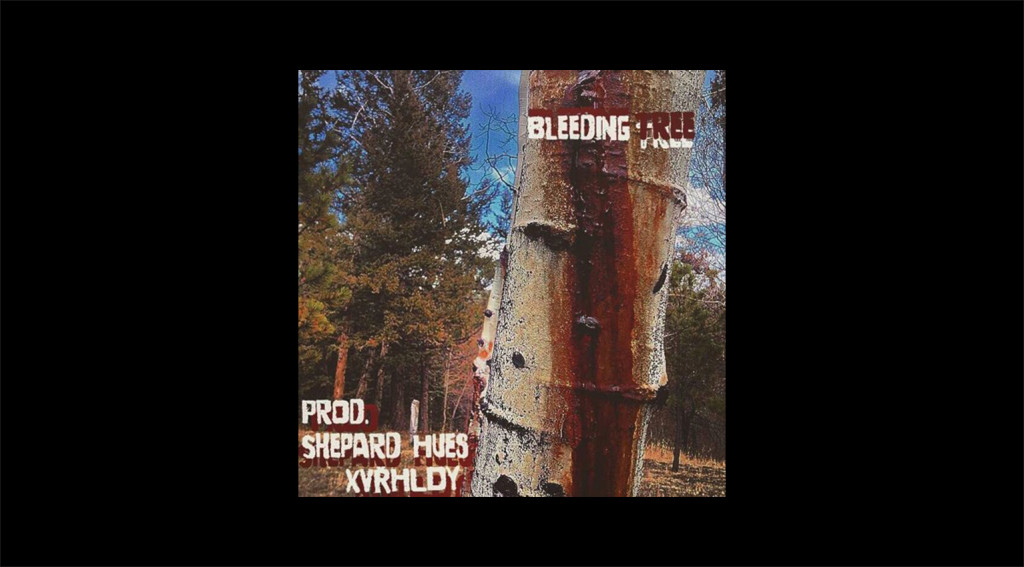 This is riot music. Xavier Holliday dropped a bomb today with “BLEEDING TREE” (October 9, 2015). I can almost hear the emotion music pouring through these deep, murky sounds. This has become a trend recently, with the rise of Hurt Everybody and Reggie Bonds. With metal and EDM influnce, XVRHLDY carries a Kanye West and Kid Cudi-influenced sound. He’s a lot angrier, though – active-aggressive. I dabble in the depths. Expect more of this Midwest murder flow in the future.

In an interview with TheseDays.net, the Chicago artist said:

“Its a proclamation. “Bleeding Tree” the song is how we are all trees and me wanting to see more of us living in more fertile soils. Im tired of seeing people get chopped down. Tired of seeing that, lets put more trees in the breeze instead, I mean that figuratively and literally. But yea, Its a song out of frustration with the system and how its been strategically crafted to make it easier for certain groups of people to fail. Just hella corruption around us. Plant the seeds and foster growth. Bleeding Tree is a concept that can mean either life or death depending how you learn about it. There’s a story by James Hurst called “The Scarlet Ibis” where it represents both. Theres an actual tree in Africa called the Kiaat or Bloodwood Tree that leaks red sap when its cut or the bark is bruised. This sap leaks, hardens on itself and “heals” the incision the same way our body does with scabs. There are spiritual meanings people attribute to this tree as well but thats for another time.”