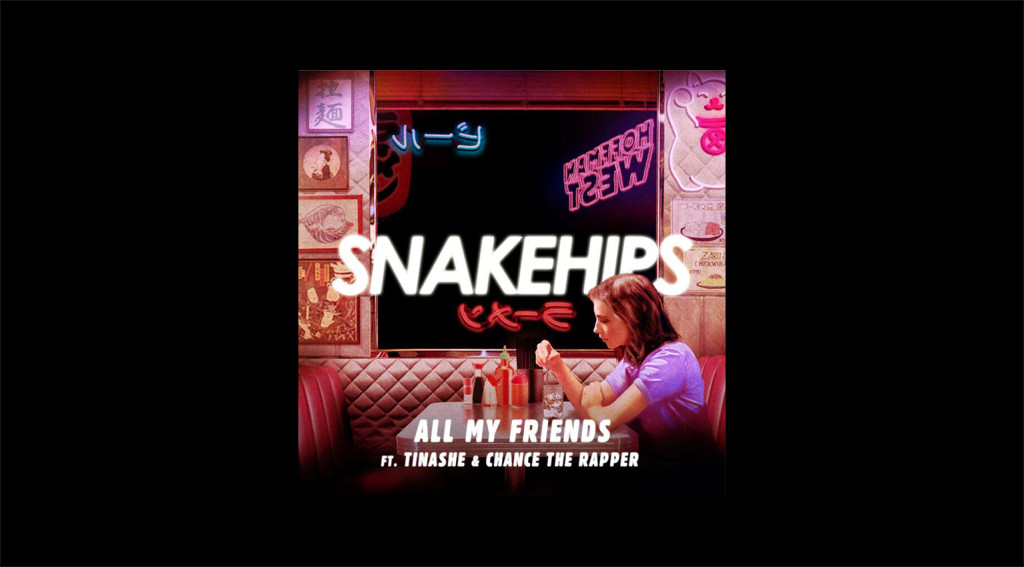 Chance The Rapper likes the Euro-pop beats. He’s worked with Lido, he worked with James Blake, and now the rapper takes on SNAKEHIPS. This “All My Friends” record sounds like American pop also. The hook sounds a lot like some shit Fun. would do, and with Tinashe on the jump, the song gets an R&B flavor.

While it’s been a couple since Chance’s Acid Rap, he just laced the SURF album with Chicago Jazz Hop artist Donnie Trumpet, he’s dropped a crazy amount of feature verses, he just had a kid, and he gives back to the community more than any other industry-level emcee. The Windy City conscious emcee brings energy to “All My Friends,” saying:

“Crashing the floor, the Z-Z-Z’s
Popping the polar opposite, the N-Z-T
Hip Hop and the propaganda say they name brand
But I seen y’all n –––––– in my main man
The nights we don’t remember are the nights we won’t remember
I’ll be gone til November or my city call for Simba”