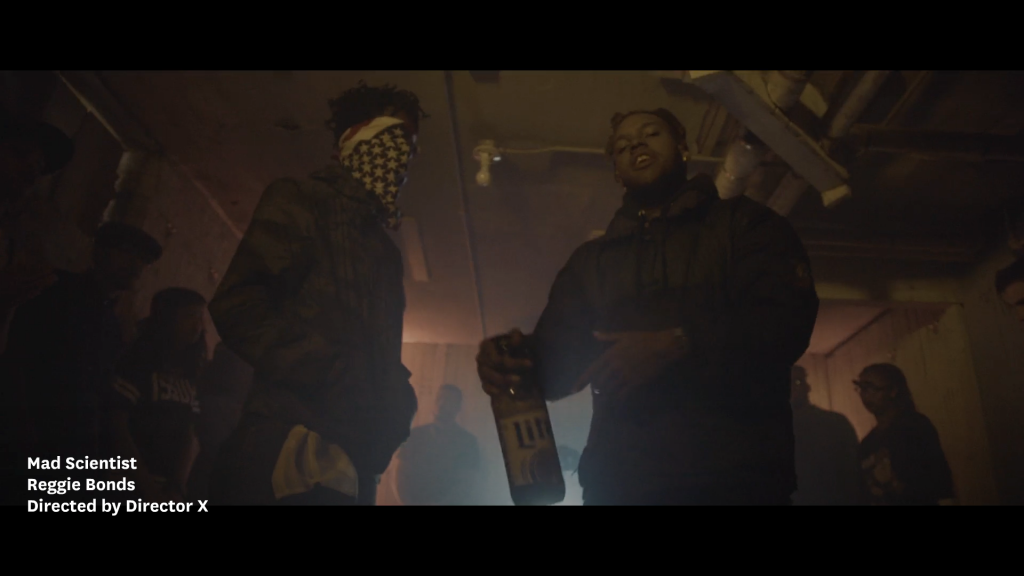 Tweet
Tweet
Reggie Bonds has been cooking with Mike Regal (November 12, 2015). Their style on “Mad Scientist” is a mix, some 90’s Boom Bap, some 2015 Drill. The Brew City artists mesh the two seemingly opposing styles with fluid ease, though. They’re looking to spread “awareness” by speaking reality over expertly-crafted beats. Reggie is on a another level with his pen game. Every bar, every line is lyrical homicide. This is Hip Hop at it’s finest, I don’t give a fuck who ya are. Check back soon for the Rebel Nxtion leader’s The Next Phase.

Mike Regal preaches, “When you come to Mike Regal, you get a Mike Regal beat.” The producer-rapper mixes a wide range of sounds in his music and treats every record differently depending on the concept. Also, Cody Laplant and Damien Klaven went off on the visual side.

“Chump niggas be biting but I’m approaching niggas
Jacking flow, I’m choking niggas
Half ass niggas that lack the substance, I’m roping niggas
Peep the rap game, kingpin, the lyrical Jesus, niggas see me
“Cock back n….. blow a nigga’s shit off
We tired of that half gay shit, these niggas ripoffs
I’m about to whoop niggas, roman noodle cook niggas
Looking like Verizon, 100 deep, we shook ones, Mobb Deep”

i just want to rap.