What an incredible year for Milwaukee Hip Hop. Brew City is really coming together and embracing Hip Hop as a city. One of the reasons that many Midwest scenes don’t take off is due to government and corporate interests. The Mil is mobbing up though, and power comes in numbers. The 4 can’t be as big as Minneapolis, Chicago, Toronto or Detroit but it’s just as cold.

Show love to your favorite artists and also to think about the future of the scene in Milwaukee, Wisconsin. The “88NINE Radio Milwaukee Music Awards” covers a wide range of artists but there are a lot more out there looking to get their names on this list.

Vote with a purpose, or not. Ya have until November 22, 2015 to make your decisions. Then, it’s on to the show on December 3 at Walker’s Point, with performances from Klassik, Greatest Lakes, Siren, No No Yeah Okay and DJ Kiki Champ. Here is the ballot, the power is in your hands: VOTE NOW.

These are the artists and albums I’ve covered up to this point:

ALBUM OF THE YEAR:

SONG OF THE YEAR:

SOLO ARTIST OF THE YEAR:

BAND OF THE YEAR:

MUSIC VIDEO OF THE YEAR:

INDEPENDENT RELEASE OF THE YEAR: 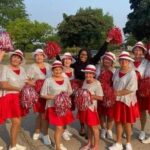 Driver of SUV Kills 5, Injures Many At Waukesha Christmas Parade