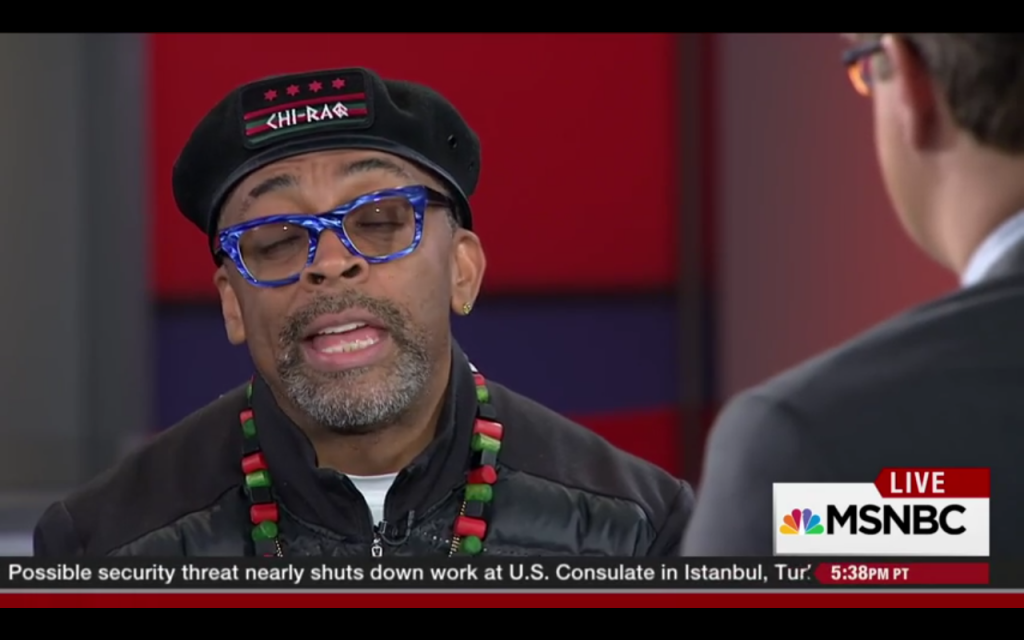 I grew up on Spike Lee, so I was watching his films well before Chance came to Madison in 2013 (Bogus interview but here’s why). Anyways, I’ve seen Do The Right Thing, School Daze, 25th Hour, Love & Basketball, Malcolm X, Clockers, He Got Game, Summer of Sam, Inside Man, Oldboy, Bad 25 and most recently Chi-Raq.

I’m not from Chicago but I know a lot about Chicago. That being said, never in my life would I make a movie or song called Chi-Raq. New York is generally clueless about what’s going on in the land but this is ridiculous. This popcorn ass bullshit is a sad attempt to re-create the Director-Producer’s old buzz, not to mention an insult to the City of Chicago and anyone that grew up there. The violence, drugs, guns, poverty, gangs and racism in The Midwest are serious fucking issues. Spike Lee is a vulture, and that should be clear now.

…And since when does Chance The Rapper = Chance The Rapper’s father? Are we faulting him for the family he was born into? Like how white people discriminate against black people for the skin color they were born with? Actually, one would think Spike Lee would be happy for his nephew. Instead, the rich uncle goes at Chance’s direct family – personally – instead of accepting his own ignorance and cowardice. Spike Lee needs to keep that goofy shit to himself. Petty.

Look at the facts. Chance The Rapper is out in the street, making change for real. He’s the biggest thing to happen to Chicago Hip Hop since Kanye West lit it on fire. The 22-year-old emcee has probably done more for his community directly than any other American emcee.  I’m not even talking about his flow, either. This rapper created his own flow, and now leads a huge new wave of Jazz-rooted Conscious music in The City.