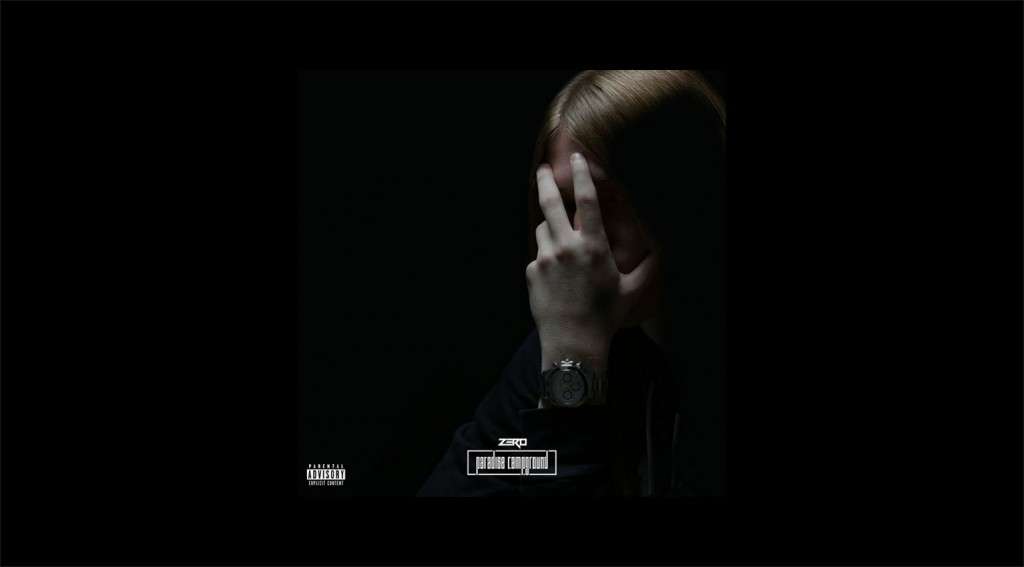 Zero, born Matthew Cullen, is one of the most talented East Coast emcees I’ve heard in a minute. The suburban Langhorne, Pennsylvania native can sound like Eminem, flow like Meek Mill, and sing like One Direction. He snaps with his writtens over grimy Trap and some synthy Pop. Zero is a skilled emcee.

My problem is that Zero is a practice rapper that makes up stories to get heard on the Internet. The emcee exploits a form of music that was created for people going through real pain to gain fame and notoriety. I understand that he lost his father, and that’s tough, but it doesn’t excuse the blatant cultural appropriation and white privilege rap all over Paradise Campground.

I asked Zero’s publicist about his claiming Philly, to which he said “Not a big deal”. Then he continued, “A lot of people do that, Lil Dicky is an example”. Lil Dicky is another white rapper from the Philadelphia metropolitan area, who claims Philly but raps about his own life experiences.

Zero also criticizes other rappers for their inner-city vocabulary, which shows that he really doesn’t understand how segregation works. He doesn’t actually understand why rappers want jewelry and fancy cars, the fallout of he’s putting into the universe, or what he was handed at birth.

“You rappers are all the same, needa work on the vocab
Despicable imbeciles, lyrics are fucking trash
All you talk about is all the same
Whipping foreigns, pulling off the lots, and going and switching lanes
Rollie on your wrist, couple knots up in your jeans
How you bombing everything compared to Saddam Hussein
That’s fucking lame, Weak ass lyrics talking about shooters
Same metaphors, how the clip’s the length of a ruler“

He’s definitely had plenty of practice rapping, having been pulled into the studio when he was just 10 years old. So no, he didn’t do this “all by [himself]” either, like he says on “All The Time”. Zero’s uncle gave him the opportunity of a lifetime before he could even live a real life.

According to the rapper’s artistecard, “Zero’s song selection is designed to be marketable while also staying true to his love for authentic word play and street lyricism.” So Zero snatches Midwest slang and gangland speak, so he can enjoy the money and fame without ever having lived under those conditions. Jesus… Another Slim Jesus… “Authentic word play and street lyricism.”  I know the East Coast is different but this type of shit will get you smoked in the land. Slim Jesus will be retired or dead soon.

Zero talks n talks like he’s the hardest criminal out but then on “Til I Win”, the emcee admits he’s from a completely different life, saying:

“I’m the grimiest muhfuckas could get and if they need it
I’m never from the bottom, I honestly never seen it
Only time I been up in it, is looking outta the screening of the studio
Like, “What do you people think I believe in?”

“You people” being the lower class. Bars like that leave a foul taste in my mouth – more than anything else. Well, that and all the gun talk. Zero even calls himself a liar on “Flatline”, saying:

“I know I’m talking all this gunplay shit
Prolly see me, tell me ‘You ain’t bout this gunplay bitch’
And you right, I ain’t doing time one day bitch
But I promise that if I make a call, you’ll some day wish that I didn’t”

Then a few lines later:

“I’m talking shit on the song, ain’t a reason for shit I say
And pussy, you still a pussy who’s making minimum wage”

Whether or not ya respect this trend of fabricated Hip Hop is up to personal preference. Clearly these acting rappers are creating entire careers around their fantasy raps. I don’t fuck with fake neighbors personally, because not only did I grow up around GDs, Vice Lords, Latin Kings and Cobras – who shot and killed each other for real – but it’s also flat dishonest and disrespectful to the true craft, which was created by a struggling people as a form of heartfelt expression.

On the other hand, as an artist with features from Tory Lanez, Futuristic and Huey Mack – Zero is on rise regardless. And maybe he can hire some good bodyguards with all of that white privilege. So is Zero insanely talented for his age? Yes. Is he good for Hip Hop? No.