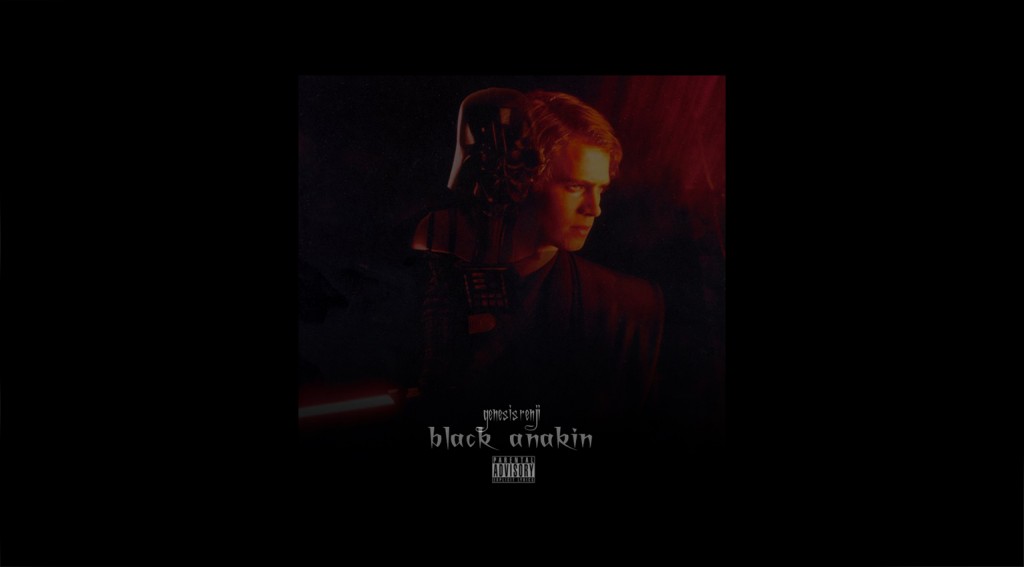 Genesis Renji heard the recent Curtis Williams record and just had to say sumn on the J.U.S.T.I.C.E. League beat. So being a Gemini, and with the new Star Wars film coming out in just a few days, the rapper chose to speak out on the passion-fueled duality in his life.

The “Black Anakin” record is largely about Gen’s first love – Amy – his Padme. “It made me synonymous with Anakin,” he told me tonight. “I would level an entire galaxy for this person”. The emcee further explained that his overall passion often leads to his downfall, and he’ll up turning to a darker side. Gen was cutting his wrists, just to feel the pain that his ex was going through.

The emcee has had a hard time speaking out on the more serious obstacles he’s overcome but looks to change that. His message: “Don’t be afraid to speak what you’re going through”. I encourage everyone to do the same, not only because that’s the type of music I like, but also because it’s one of the best forms of release therapy. Keep all that shit inside and you’ll go nuts. I promise, I’ve been there too.

There’s a happy ending to this story, though. Both Genesis Renji and Amy are in a better place now, “Alive and well”, he says. The rapper is also getting ready to see the new film but he’ll be pitting it against Attack of the Clones and the The Clone Wars series he grew up on. For more on the Milwaukee-made artist, go check out A Shot of Gen 3.

“I’m passionate about this rapping, and most of these niggas yapping
Or paying for their stats, and then they go and make a status
And wonder why they ain’t got no static, these niggas losing traction
I can choke em out that habit, nigga watch it happen
Open palm to closed fist, fuck a Jedi I’m a Sith
Call me Black Anakin”