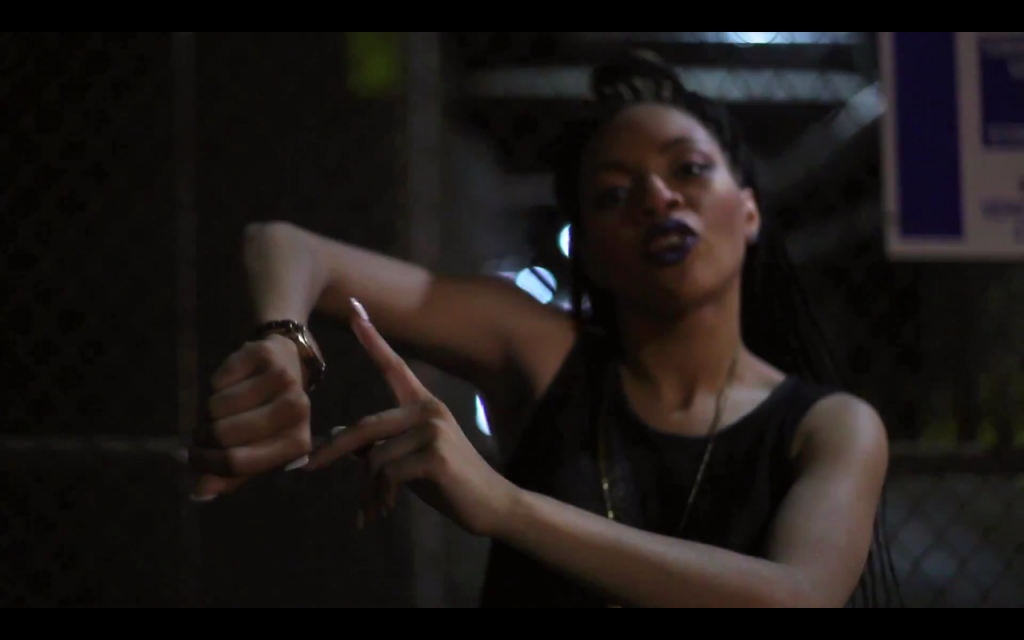 MoBo The Great is one of my favorite rising rappers out of Chicago. The young artist is grown for her young age, putting together a full project with only one feature. MoBo puts out a loud message to society on Fuck The Public (June 16, 2015). Premiered via Complex, the artist is ready to pop.

MoBo starts the 11-track project with a pair of cool records produced by The Gift. At the end of the first, she drops an audio clip from Jay-Z. See, the rapper originally came up off of an opening performance for Jigga. “You just told your whole entire life story, huh?” says the legendary businessman in the sample. “I love you.” As the tracks fades out, I’m hopeful going into the second.

MoBo needs to practice her double time flow. The second track throws me off because MoBo’s off beat on her verses. This is a theme throughout. Her bars are on point but she needs to find her space, or maybe stay on the slower joints like “Heaven”.

I wasn’t sold until I talked to her. See, I respect MoBo as an artist. She has grown ass bars but her flow had me off. After chopping it up about the project, I saw that the “Pimparachi” was dope in a different way (August 5, 2015).

MoBo The Great got Martin $ky, Katie Got Bandz, OGWebbie and BJ The Chicago Kid on here – all whom I’ve covered before. Keep your eyes open for CSick and Von Vuai. The production on “The Keez” and “Great” is beautiful. The artist knows how to put together a Hip Hop record.

The rapper told me she wants to be seen for her artistry, rather than her looks. MoBo or Monique Burrell is a female rapper, and if ya look at most of the other successful female Hip Hop acts, they are usually naked or damn near when performing. Instead of exposing her body for attention, this rapper relies less on Instagram and more on talent in her craft.

And I can see men clicking away from this page as they read this. Even in 2016, this concept is still ahead of its time – working women. Covering up makes it harder for the female artist in a Hip Hop industry run by men, but someone has to be the first. MoBo’s rapping ain’t at the top yet but she is a part of a recent crowd of talented female Midwest emcees – Def Loaf, Tink, Katie Got Bandz and Sasha Go Hard. She fits more into that group of emcees than the Pop oriented market in other parts of the country.

I fuck with smart women – expecially smart black women – and I know if MoBo cleans up her flow a little more, her raps will take her as far as she wants to go. She’s a cut above the rest in an alternative way and has the mind and the drive to be one of the best.

On “The Keez”, the emcee flows: