Sincere Life Strikes With His Pen On “King Poetic Vol. I” 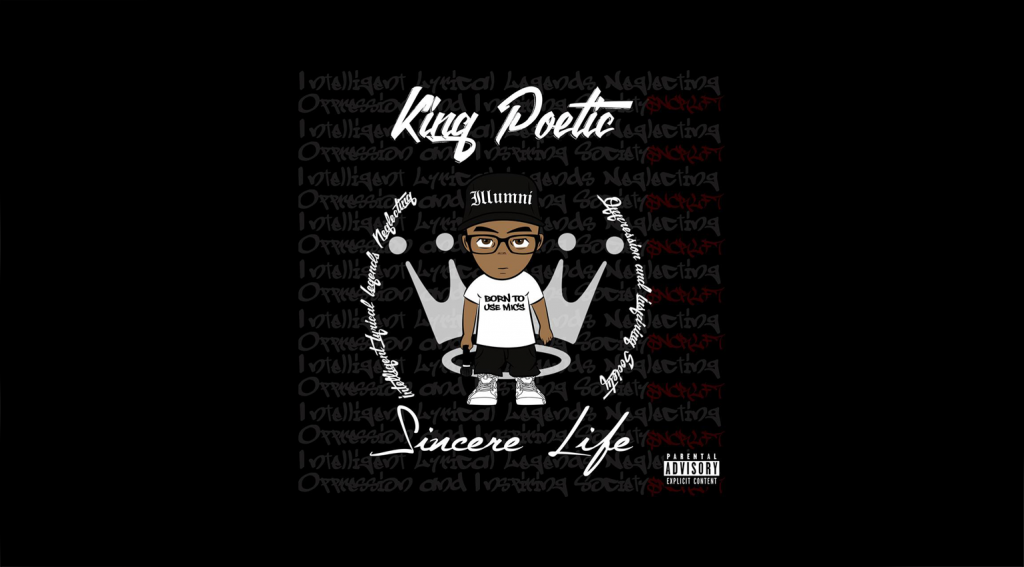 Today (January 6, 2016), Sincere Life unpacked his novel of King Poetic Vol. I. The rapper spent some time with this one. The meticulous artist runs through The Volume with precision, leaving little room for the competition.

The emcee is gifted lyrically. He paints a memorable picture with many words on every verse of King Poetic Vol I. He was cold on the Write Of Passage EP too. This is nothing new. His beat selection and mixing is all over, which makes the project dynamic but also hard to follow at times. Overall, Sincere Life kills on this. The artist hits a lot of flows and proves that he just needs a consistent producer to put together polished albums.

The rapper is one of the first serious Chicago rappers that I heard in concert in Madison, Wisconsin. For a long time, Chicago emcees wouldn’t come up for shows. Twista performed many times, but other than him there weren’t many. Sincere Life has been in the area for a while now. He along with F. Stokes were a couple of the first to offer a more smooth vibe from the Chicago perspective. It’s been 2 years since his last but the emcee is back with a new energy.

“Some imitating their grin, that shit ain’t worth mentioning
I’m Sincere Life and anything else is a synonym
My flow so tight, still not as tight as their denim is
And I’m dope no vice, somehow my efforts are sedative”

One reply to “Sincere Life Strikes With His Pen On “King Poetic Vol. I””

100% right on the beat decisions that was all on Sincere lol it was hard to mix to some of those, but my job is to make it work. You hit the nail right on the head with working with consistent producers at least when it comes to having the sound mixed or ready to send to the engineer to be mixed. I’m glad you liked it.. thank you for the good writeup. JoeyV RemedyBorn