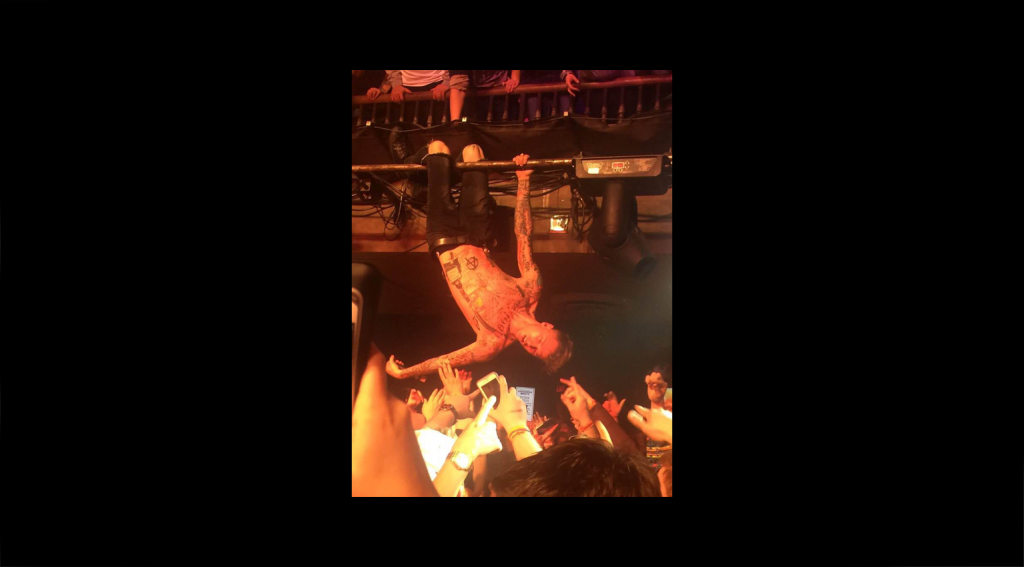 Coming home to Cleveland aka “The Land” with back-to-back sold out shows at the House of Blues must be an indescribable feeling for Machine Gun Kelly. Following a successful European tour with several other sold out shows, MGK definitely ended his “Road Trippin Tour” on a high note.

Both shows at the House of Blues were packed with his cult fan base. People came from all over – from New York, Florida, and even Washington state. It’s difficult to contend that he doesn’t have the best fans. For a lot of these kids in the crowd, the show is more than just a concert, it’s an escape from the real world and all of it’s problems. MGK is more like therapy for people who need his music the most.

Kells filmed the two shows for his first ever and long overdue live DVD. He began both performances with his album opener “Spotlight,” sporting a leather jacket and his signature EST 19XX bandana over his face – like a punk rock bandit yielding an electric guitar. Once he hit that stage, the whole crowd went wild. 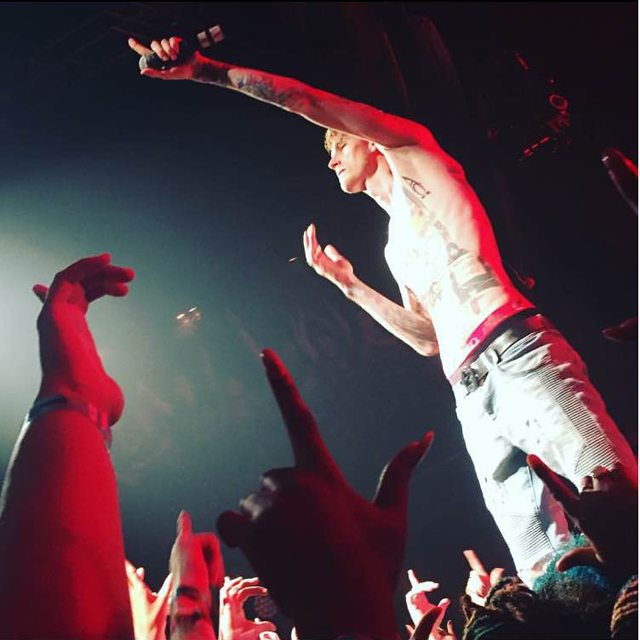 MGK played several songs off his new album General Admission. The project went #1 on the Billboard Hip Hop charts, beating out The Game, who dropped his album the same week. The crowd definitely shook the ground when “Alpha Omega” and “Till I Die” dropped.

Kells played several older fan favorites as well. Both concerts had mosh pits, constant crowd surfing, nonstop madness… People were even going wild in the back of the venue near the bar. It wasn’t surprising to see him stage diving multiple times, or hanging from the balcony while still rapping.

The air got emotional when Kells played “Gone” – a more personal song about the relationships he had with his daughter and father. He dedicated the song to all the broken homes out in the world.

In the middle of the second show he jumped into the crowd after it came to his attention a girl was having a seizure… He made sure she was stabilized after carrying out before he carried on with his show. He ended the both shows with a full band cover of “All The Small Things” by Blink-182.

His whole performance is all around outstanding. From the artist’s onstage antics and speeches, all the way to the lighting of the show – it’s easy to say the Cleveland rapper has got it all. So the next time Machine Gun Kelly is in town, be sure to grab a ticket to the “The Greatest Show On Planet Earth”.

View all posts by Eric Einhaus →