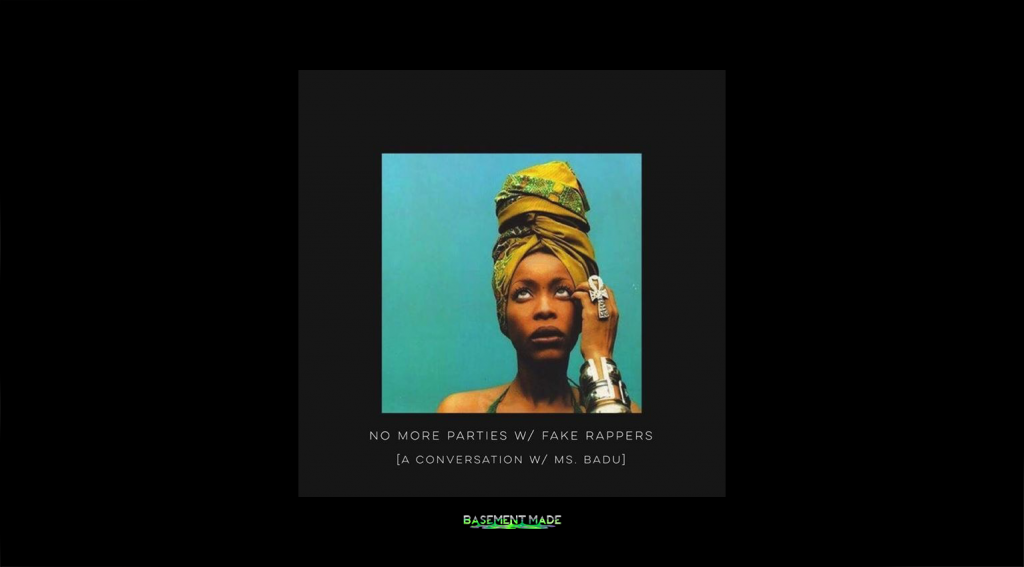 Reggie Bonds was supposed to fly back out to New York City today for a show and video shoot. That was until 20 inches of snow hit the East Coast… Regardless, the Rebel Nxtion rapper still wants “No More Parties W/ Fake Rappers”. Today (January 23, 2016), the emcee blessed the masses with a flow so spiritually in tune.

According to Reggie, he once dreamt that he had conversation with Erykah Badu. “She said she like how I mix conscious with revolution,” he raps. The artist looks to impress the cultural figure and destroy all Pop music.

“Originally the concept was going to be a poem,” he tells me. However, after he heard the new Ye, Reggie quickly pulled the beat from “No More Parties In LA” and flipped it into his own record. The rapper sees a parallel between his ideas and those from Kanye West and Kendrick Lamar. The RZA sample is a nice touch too.

“I’d n seen niggas get killed for acting different
Badu, I’m from the Mil that weird shit ain’t fit for this
Ha, in the parties with all the pop niggaz
I mean I came off Locust where they pop niggas”