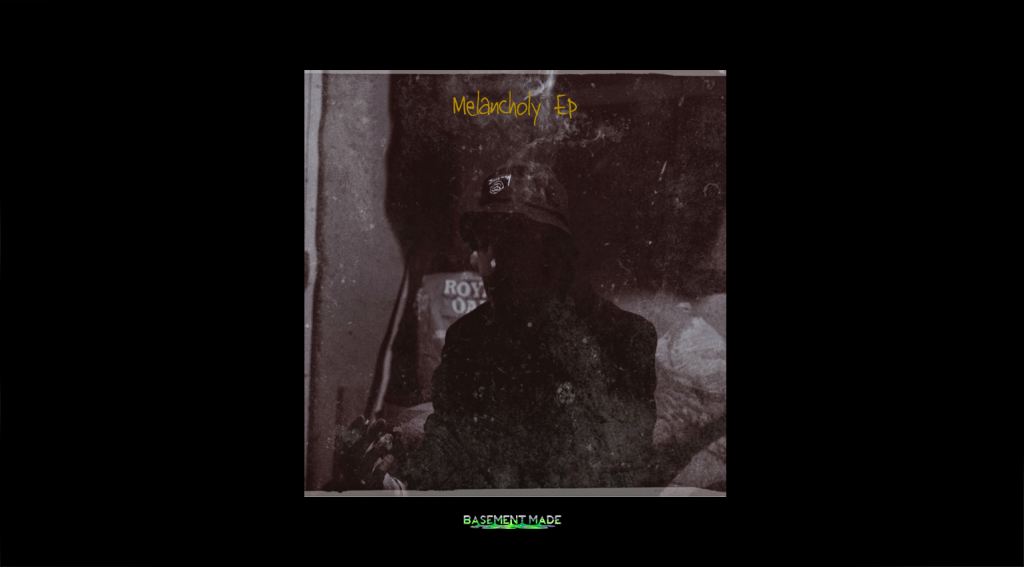 This Mad City artist reps ATM but also takes pride in his Italian ancestry (January 25, 2016). Ian Christopher Evans – also known as producer XYZ or rapper ICE Borealis – split his time between the homeland and Madison growing up. The nomadic artist developed an alternative perspective on bumpy road to the present but he’s always had music in his life. ICE Borealis is Wisco cold on his debut EP. This is music of Melancholy.

“If it wasn’t for Hip-Hop I wouldve been just another lost soul.”

ICE wasn’t born into Hip Hop, he was born into music. “Music has always been a part of my life, even before Hip Hop came in the picture,” he told me in an exclusive interview. “My father is a musician and was a part of many bands when he was younger. My uncle taught me the basics of playing the piano when I was 6.”

However, after the multi-instrumentalist in XYZ moved to The States, he caught the rap flow for good. “When I moved to Madison, I learned English listening to Nas, Eminem, Big Pun, Big L, AZ, Jay Z, Canibus, etc.” he explained. “I have been making beats, writing songs and recording myself since I was 12.” Originally, he thought that 90’s Boom Bap was the only way to go. Then he flipped the switch and caught some flavor from Reggae, Soul, Funk and Electronic too. You’ll hear it all on his latest.

“Looking back at all my work there is one element that hasn’t faded away through out these years – Melancholy.”

The ATM team is critical. ATM (Addicted To Music) is composed of intricate lyricist and cinematographer Arcani, innovative producer and director FromUpThaStreet, and producer-emcee ICE Borealis. I’ve linked with all three and they all speak about music in a special way. Even though they’re going through the stuggle, they always put out an inspiring message.

ATM is gloomy but intelligent, and definitely intriguing. “I would say my main goal is to bring people together, make them think about what’s really important in life and what’s not,” he told me. “I’d like to provoke people to reflect and question things or ideas that are thrown at us everyday by society, religions, corporations and governments.” Powerful words from a young mogul. His raps are calculated and intelligent but also dark.

“Most of the community isn’t familiar with Hip Hop or even recognize it.”

Mad City is like no other city in America. The Badger culture is strong but the people are struggling. Folks are honest, tough and committed to work, but also creative and progressive. Madison cats will enlighten you, then turn you the fuck up. Madison is too big to be a college town though, and too small to be Milwaukee, Minneapolis or Chicago. This attracts transplants from out of state suburbs – who bring in daddy’s money.

Madison has a flagship college but Wisconsin is a working class state. We need financial support from elsewhere to keep up with the neighbors, which unfortunately, often leaves our culture split and misunderstood. Incoming students and young professionals would rather see Pop or EDM artists instead of Hip Hop. Local rappers need that out-of-state financial support to survive. Hip Hop is thus compartmentalized and seen as a racial or class battle to many, instead of being a widely accepted form of music.

The Wisconsin music scene is currently divided but has always been brilliant. The older generations of Wisconsin were masters of Classical and Polka. Then we moved into Jazz and Blues. Waukesha’s Les Paul essentially invented Rock & Roll. Since, we’ve fostered huge Hard Rock, Folk and Country scenes. Nirvana and Smashing Pumpkins used to record in Madison. Eau Claire’s Bon Iver created the modern Folk sound. We are festival country.

Madison, Wisconsin has already claimed its place. The Hip Hop scene has been picking up speed for several years and it’s about to pop soon. Artists like ICE will eventually be recognized for projects similar to this Meloncholy EP. His reflective nature and hunger for knowledge speak to the cold but deranged scene in Mad City.