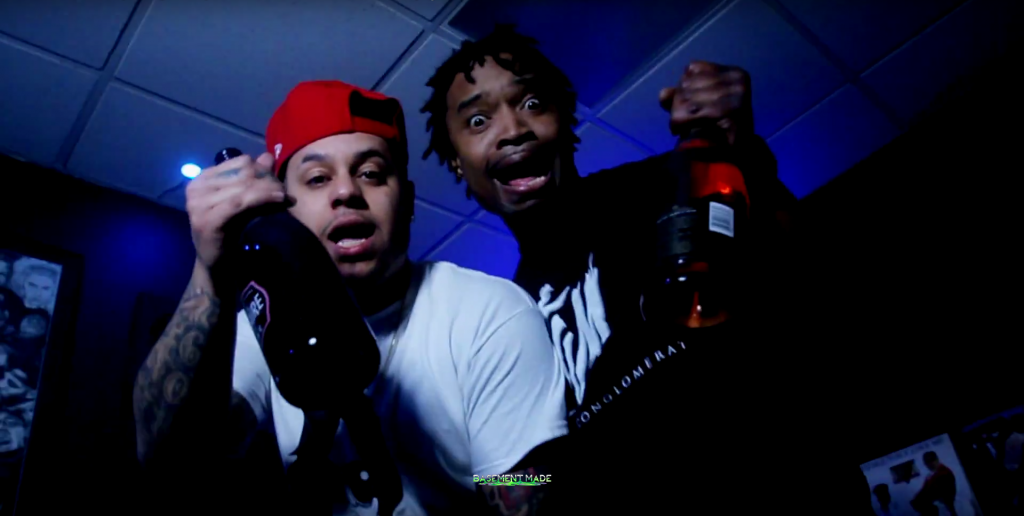 A Few Good Men is a band of wild but sincere individuals. Founded by Big Daddy Earl, Chaos NewMoney, Tha SB and Swisher Sweez, the group functions because all of the original members believe in the same ideals. AFGM puts on for the new age family men – grown folks that take care of not only themselves but also their neighbors. These men will follow the rules if they make sense but won’t hold back for something they don’t believe in. AFGM has a different code and they are dedicated to it.

Madison, Wisconsin is also known as Madtown or Mad City. The city is crazy for many reasons, and there’s a lot happening with little growth in Hip Hop there. Each member of AFGM could stand alone as a solo artist and try to snatch the limited opportunities for themselves. Instead, they mob up. This group unites different perspectives, creating in the community instead of destroying – and despite hailing from one of the most difficult places to make it in America – AFGM is hitting on all cylinders.

Chaos NewMoney is the lead vocalist. The hyperactive emcee, producer, designer and father drops a full mixtape every few months. That’s 10 plus albums since he got out in 2012. “I don’t need to be the forefront guy,” he told me in an interview. But regardless of the investors and studios that the industry rappers have, this artist outperforms nearly every one of em on the mic. Most of Chaos’ freestyles are more lyrical and creative than writtens from rappers with full record deals. This emcee has an insane flow that comes naturally.

Chaos doesn’t upload his music online. One must meet with Chaos in the street or have the music mailed physically. Unless the record drops with a video, the song probably won’t be online for months after he drops the project it’s on. Chaos is hustling. Recently, he flew out to Cali with E Sweez, Earl and THP. Right before he stopped by the stu, Chaos saw that Apple Ciroc premiered on the West Coast. Later, he grabbed as many bottles of Green Dot as he could and flipped them back home before it could hit shelves there.

Big Daddy Earl is a central leader for the group. I spoke to the emcee regarding the beginnings of AFGM. We also spoke about his recent album. The Madison, Wisconsin spits a few punchlines, explains what motivates him, but doesn’t shy away from his problems. “Whether it’s working, taking care of your parents, your kids, going to college, getting yourself right,” Earl delivers knowledge for everyone.

Earl has the best in local production on The Purpose of Man – Scattered Brains, THP, Victory and Quaibozz all blessed the album. The Mad City artist also heads Montsta Click, with artists Jay Jupiter, Castro, Derek John and THP. He has a passion for turning up as well. Big Daddy Earl was headed to open mic at Marty’s Comedy Club after leaving my spot in Hollywood.

Rapper-director Swisher Sweez is a film student at UW-Madison, although he’s been a cinematographer at AFGM for several years. He directed the No More film for Jay Jupiter and has done a gang of videos for Chaos. E Sweez recently returned from a trip to France, where he shot a documentary on local theatres. On top of that, he worked as assistant editor on Mascots, a Netflix movie starring Christopher Guest. Originally from Palm Beach Gardens, Florida, E Sweez has a Southern cadence in his raps and adds an artistic angle on the video side.

Scattered Brains links all of the flows together as engineer of the group. The Wisconsin native and MMI graduate is one of the most dynamic producers in the land. He really only cooks for those in AFGM but he makes sure the clique sounds clean from R&B to Drill. The audio artist is a beast, not only at creating the sounds, but also at arranging and mixing the different sections of the record. If Scattered Brains branches out, he will quickly build a huge fanbase.

Niko Money is another crucial part of the team. The cinematographer will shoot a video and then flip the finished product back in a few days. Niko has a droid now too. Between his Madison and Chicago clients, he’s one of the biggest producers in The Midwest. The shooter has uploaded over 140 videos to his YouTube channel since 2010.

These are talented individuals that wouldn’t typically form a group together. They’ve collaborated to traverse the treacherous waters of Midwest Hip Hop. Each song has a different personnel, structure and mix. Sometimes, the group will come in an orchestrated way. Other times, they’re truly just freestyling and the concept will come outta thin air. No matter what, AFGM is working hard for the family. I believe in A Few Good Men.

One thought on “AFGM: A Few Good Men [EXCLUSIVE]”