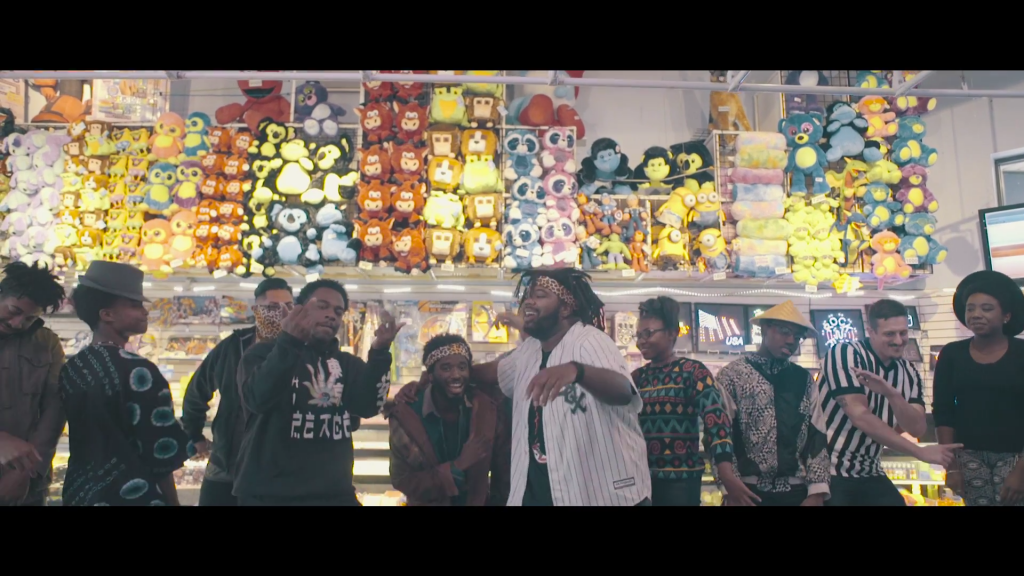 This video drew brought me to “Shaolin Son”. $tevie Adam$ has an ok flow but his style is much louder. The rapper with the leopard-print headband performed the two-track opus in an arcade with his friends, and dubbed the video with funny commentary. The aesthetic is confusing but awesome.

The Chicago emcee had a full production crew on “Shaolin Son (Rising)”, with Bryson King and Larry! on the first song, and Martin $ky on the second. $tevie credits Parker Foster of Visual SZN and Byrd of Ryder Visuals with the cinematography for the short rap film. The rapper self-directed the whole video, though.