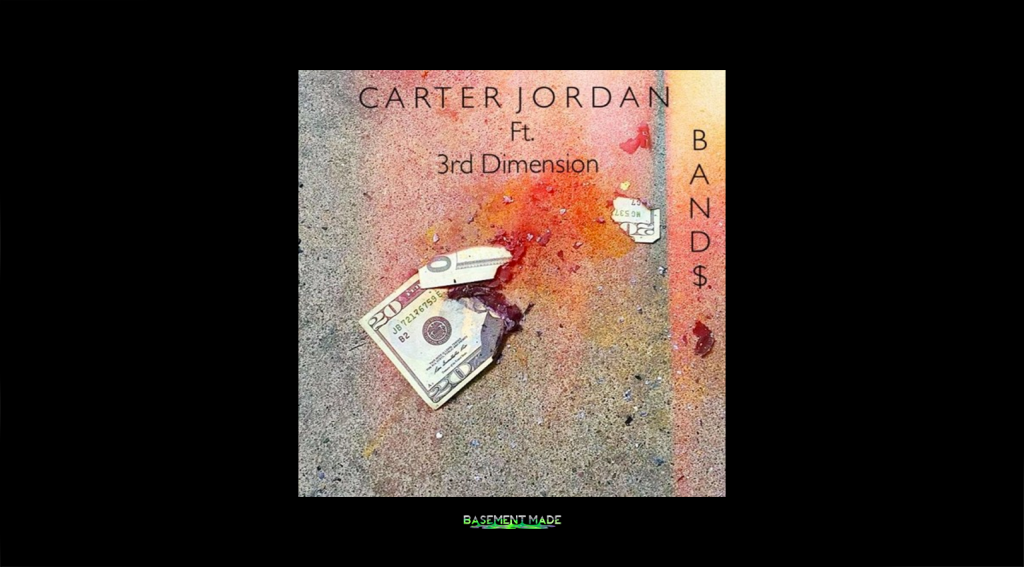 Carter Jordan has returned with “Bands” after suffering through a period of deep depression (March 11, 2016). Reeks of 3rd Dimension features on the comeback record (and handles the mixing). Carter is one of my favorite Madison, Wisconsin emcees and I’m excited to see what he’s bringing out this year.

Carter “Jordan” Swopes aka Carter On Rise had a huge 2013. He dropped a lyrical Prerequisite tape, two solid November releases and a full Charisma project in the same year. In 2014, Slim K chopped and screwed some of the emcee’s coldest records and re-released em as Concord Codeine. The Madison, Wisconsin rapper is one of the first emcees to have worked with Cody LaPlant. Both still have an eye and ear for cinematic storytelling – stemming from “Sconnie Nation” – but Carter has been concentrating on other parts of his brand.

“When you’re a solo artist, you have to have more than one artist in yourself,” he told Basement Made a couple days ago. We haven’t heard much from Carter for the last couple years though, and it’s hard to find his back catalog. Unfortunately, the artist has deleted almost all of his songs and videos, a trend becoming more and more common among young Hip Hop artists. But while we get less music, many do this to hone their artistry. Carter has been innovating Han Solo from a desolate landscape.

And while he’s been busy struggling through a depression and legal battle over the course, Madison Hip Hop still remains plagued with the same problems that it had a few years ago. “You have to find alternative outlets here,” he says. “Once we can find somewhere we can put on decent performances – it’s a wrap. It’s the owners against the artists. It’s the stigma that the city of Madison has against Hip Hop”. Carter Jordan has already looked to alternative stages at Penn Park on the Southside and now looks to link with Malcolm Bracey and gang for “Malcolm’s 5th Art Show.”

He’s tired of the “slow grind” of what would be considered “true Hip Hop”. Carter sees it as an inefficient way to get on in 2016, especially considering his circumstances. “I can respect that, I just feel like I wanna reach a wider audience, faster,” he explained. “The easiest way to do that is to just give people what they want.” Thus, today we have a more pop-oriented “Bands” record with 3rd. I believe in the young god and his present endeavors. He’s right in the middle of what he and many other Wisconsinites are calling a “melting pot,” and there’s no better place to start fresh with his skillset. “You can find a little bit of everything here, and you can find somebody doing it well,” he says.

Currently, Carter Jordan is working on a few songs with local stand-outs 3rd Dimension and Leona Harper. As far as a project, “we’ll see,” he says. For now, here’s “Bands” :