Blaccout (Balance Life And Continue Climbing Out) offers a more resolute voice to the already-existing conscious scene up der. His production is jazzy and laid back but his words are heavy. I fuck with the artworks too. Blaccout has a complete package, which has landed him a critical management deal with Ok-Tho Magazine, placements on their site, This Is 50 and The Smokers Club.

From his press release:

“In the past couple of years we’ve seen many occurrences from racism to police brutality to strictly targeting African Americans. BlaccOut represents the struggles with protesters holding signs with “Black Lives Matter”. Digging deeper into individual life, Garrison wanted to show that everyone goes through triumphs and struggles, which in general could be considered as “bittersweet”. The theme that is represented in the music is what is behind the bitter/tart cranberry + sweeter applejuice combination. The cranberries also represent the love that is in all of us while the woman and snake represent temptation always being present.” 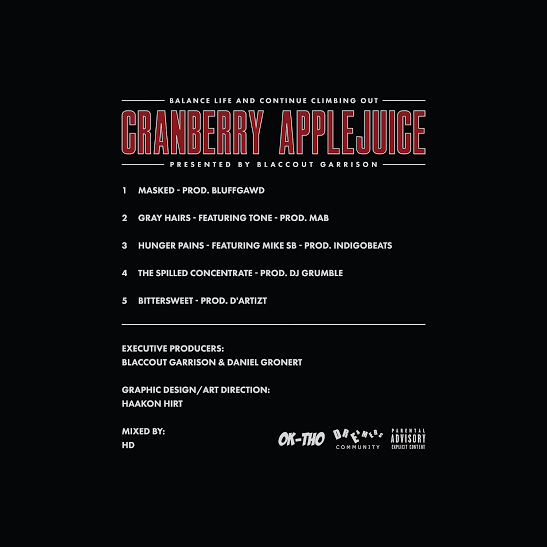