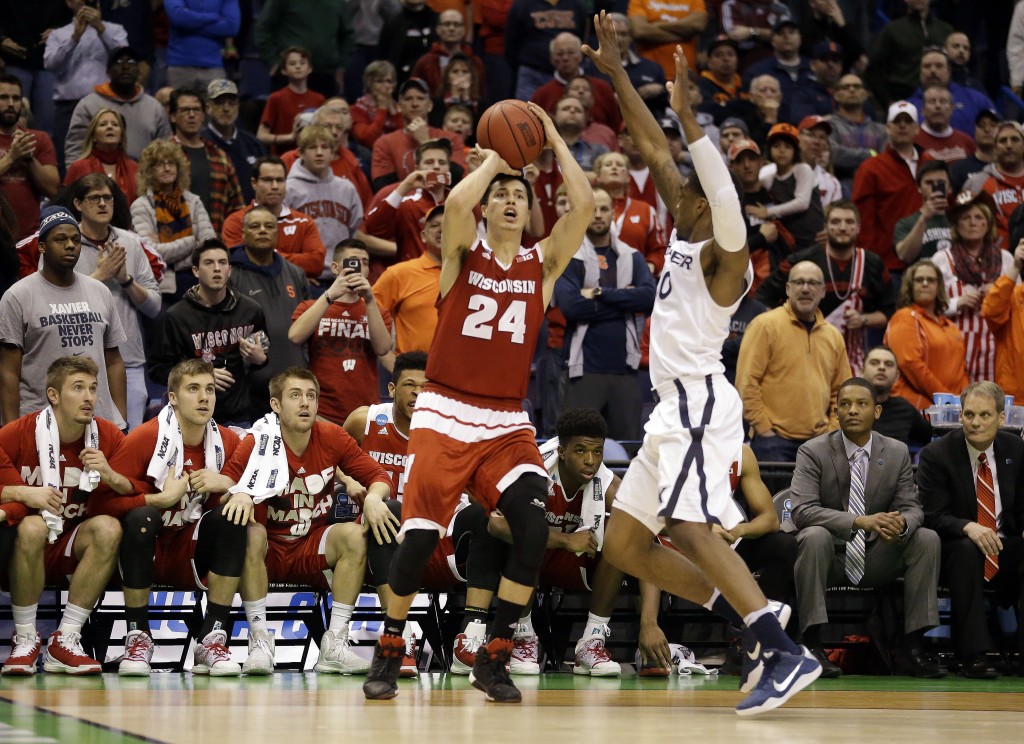 Bronson Koenig of da Wisconsin Badgers hit a last second shot the other night against Xavier. That shot, that didn’t even touch the rim, sent UW to the Sweet 16 for the 5th time in the last 6 years. It was a real bruiser but Wisco grinded it out (66-63) and took a critical charge with seconds left in the 4th to open up the floor for number 24. SWISH.

Pretty impressive, if we do say so ourselves. #Badgers #MarchMadness pic.twitter.com/mpRX0B5akz