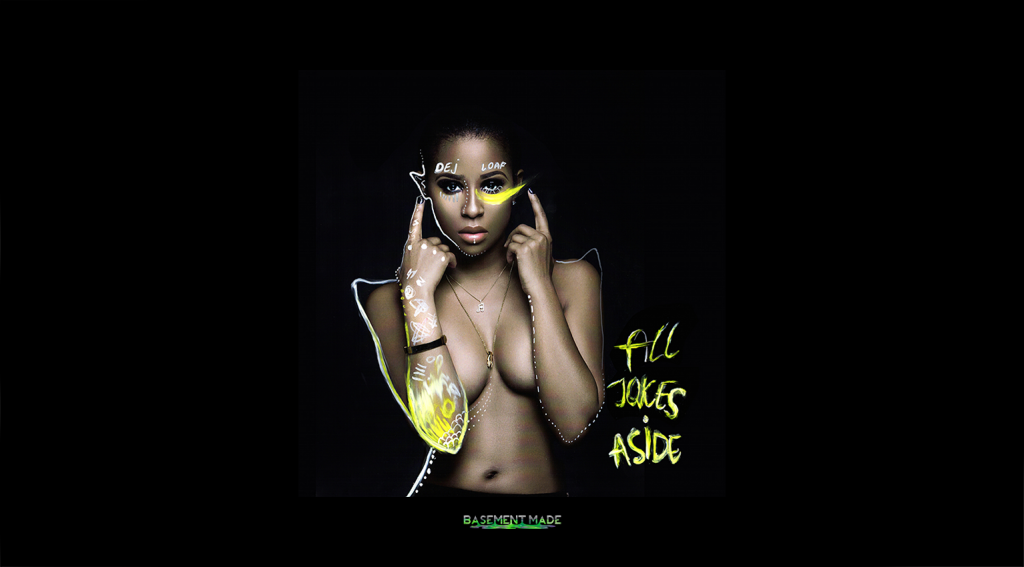 Dej Loaf, now a staple in Detroit Hip Hop, just announced the All Joke Aside tape via her Instagram. Today (April 6, 2016), she delivers. This is that Midwest work ethic. She just gave us a full #AndSeeThatsTheThing last summer. This one is pretty much all her too. The emcee is back on her rap shit, but she doesn’t shy away from her poppy sound either.

A good listen for fans of the young queen… and DAMN she looks good on that cover. Speaking of covers, she made the “2015 XXL Freshman Class” last year, if that matters to you. Silkk The Shocker (Master P’s brother) is the only featured guest on the 11-track project. She did recruit a gang of producers though, including Izze The Producer, DDS, KLVN, iRocksays, Sonny Digital and Kharri.