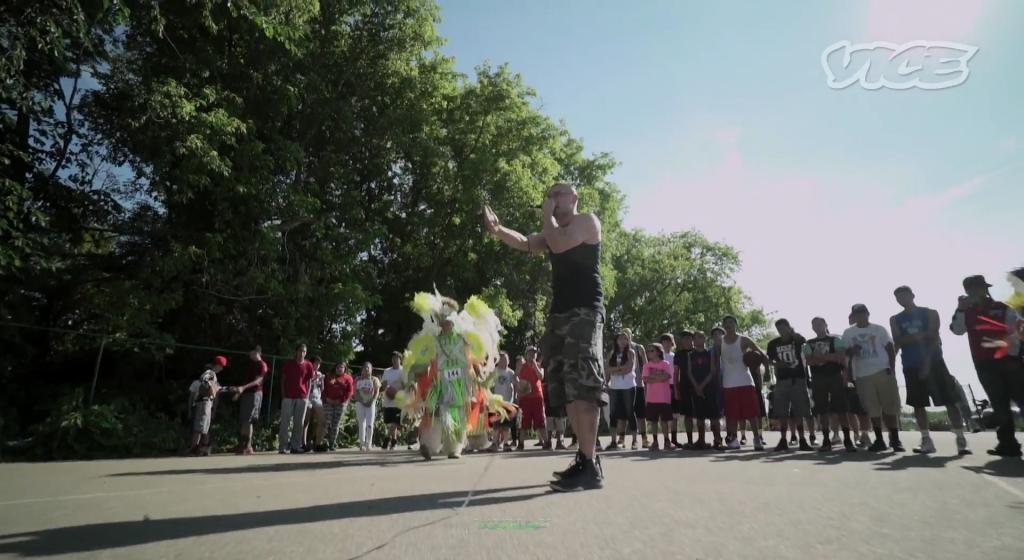 VICE covers some of Minnesota’s Native Hip Hop scene in their recently launched documentary series “The Score” (March 23, 2016). Ironically, they withhold most of the information on the “Reservation Rap” episode, forcing fans of the already downtrodden people – who live in the toughest region of the United States – to pay for the episode on the highly exclusive Apple network.

Star Tribune goes deeper, and at least credits Baby Shel, Tall Paul, Thomas X, and Left Field in their write-up. This ain’t just Sota cold either, it’s also The Dakotas and Wisconsin – as the region has one of the highest concentrations of Native Americans in the Unites States. According to the Minnesota publication:

“Starting off with some stunning, helicopter-filmed footage over Shel’s Red Lake Reservation – immediate proof this is no community access TV special — the two-part, 18-minute episode captures the rappers on their home turf hanging out at basement studios, front-porch barbecues and powwows. They talk openly about the poverty, addiction, mental illness and other struggles faced in their communities, which they all vent against in their music.”

Rez Rap Records (according to their FB page):