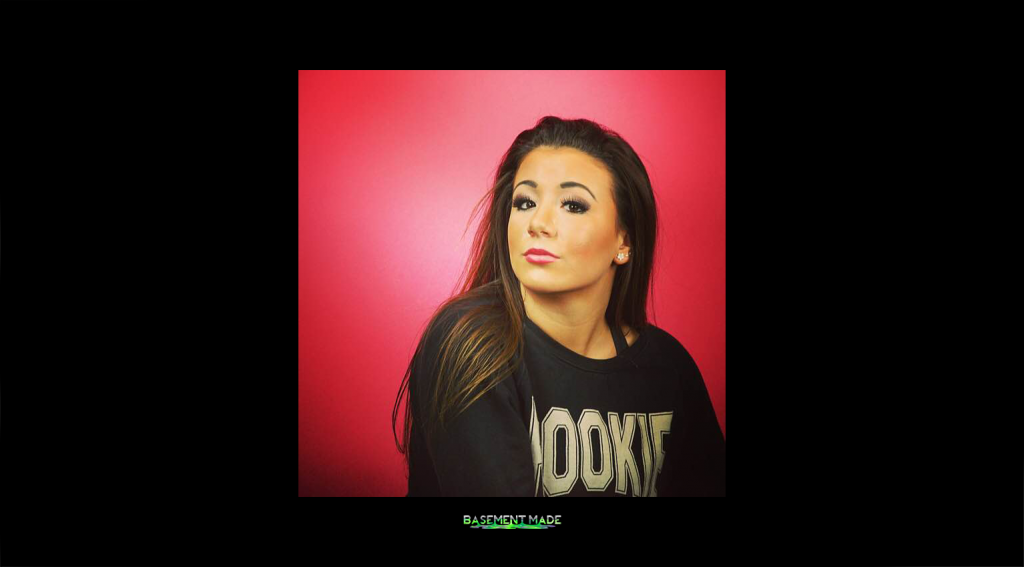 Sierra DeMartino sings the kinda music that’ll make a woman forget her problems and “hair flip it off” (April 18, 2016).

She likes the sound of Jeremih and Toni Romiti. Outside of his personal decisions, she also admires Chris Brown for the singalong, dance and sassy qualities in his music. “Something that can make someone hair flip – hair flip it off and ‘I’ll be fine’ kinda thing,” she told Basement Made this afternoon. “Empowering ladies.”

The artist was born and raised in Florida up until her early teens, at which point she moved up North. She explains how her mom would put her in musical showcases and plays, which helped her build up her stage presence. Alongside the music, the young lady (17) is also interested in the makeup and fashion elements of the presentation.

Ted Park inspired her to level up, after he moved to her hometown of Middleton, Wisconsin. “This is all thanks to Ted,” she says. She also shot down to Whitewater to work with B. Ortiz during her freshman year of high school. Trapo also reached out to her, after she dropped the “Show You Something” record on August 8, 2015. Later that month, they would collaborate on the sensual “Euphoria” record.

As a fallback, the artist plans to attend UW-Madison this coming year. “I’m double majoring in Legal Studies and Psychology, she says. “At least I have a backup plan.” She landed a 5 on the AP Psych exam last year, so I’d say she has a good head on her shoulders.

Currently, Ted resides in New York, and has linked with Sierra at Red Room Studio to help her get an EP together. “We’ve accumulated a few songs,” she says. “And we’re not thinking about dropping them anytime soon.” Regardless, be on the lookout for more on Sierra DeMartino. She’s on sumn different.

“I’m pretty sassy… Nothing about like, ‘Oh you broke my heart.’ Kind of about – ‘Oh, your loss, see what you’re missing’ – that kinda thing. So I guess instead of the heartbreak, it’s kinda like, ‘Hmmm…’ moving on kinda thing.”

This is “Something New” :

I simply want to tell you that I am beginner to blogging and honestly liked you’re web page. Most likely I’m going to bookmark your blog . You amazingly have wonderful articles and reviews. Thanks a bunch for revealing your blog.

I’ll right away snatch your rss feed as I can’t to find your email subscription hyperlink or e-newsletter service. Do you’ve any? Please allow me understand so that I may subscribe. Thanks.