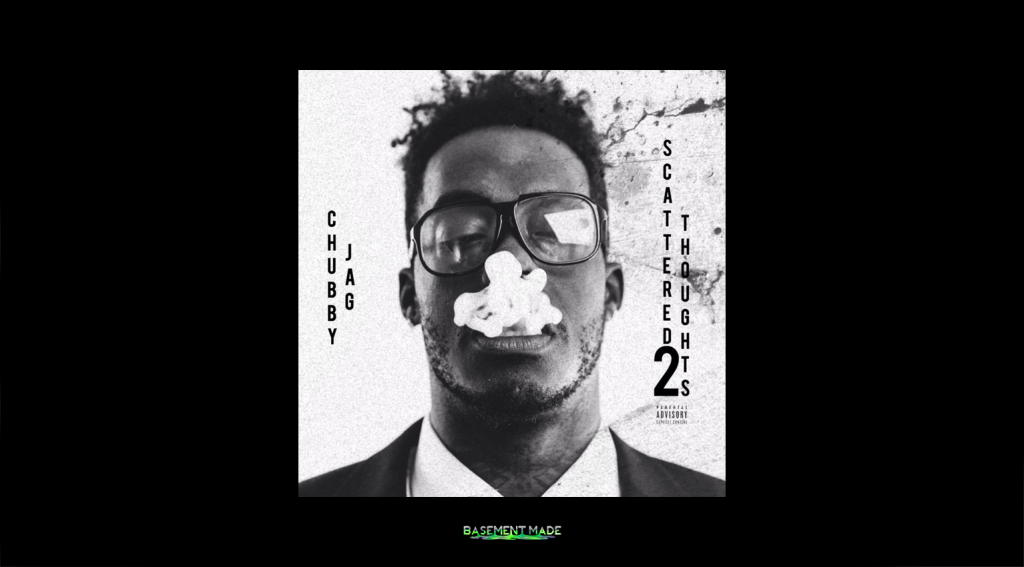 Chubby JAG unveils Scattered Thoughts 2 as planned (April 20, 2016). The LA-based emcee recently premiered the “Work For The Low” Cassidy collaboration on Basement Made. He also recruits James Fauntleroy, PDubTheProducer and Dave East for the 17-track tape. The Cali emcee speaks to the good life on a variety of beats.

The artist has a producer on virtually every track, which gives him a chance to open up his flow. He keeps it versatile track-to-track, although he goes over the funky, laid-back West Coast beats most of all. “Dynamite” x “Singles” x “For The Low” are exquisite.

Chubby JAG made a name for himself battle rapping, according to an interview. he also got a boost when he backed Cass during his Meek Mill feud. In 2015, he was featured on All Def Digital’s YouTube channel.

Keep ya ears open for this veteran cat, he’s got a lot of potential, and he’s been rocking with Cass and Larsiny Family since ’09. Scattered Thoughts, the original, is also available for stream.

“Came a long way from a dropoff
Feeling like Kobe, last game, getting shots off”