Hayley Derr has a natural way about her. When she was a kid, she took it upon herself to study the different topics that sounded interesting. They used to call her names. Now, she’s a globetrotting model-dental hygienist with a banging body. Hayley recently chopped it up with Basement Made about her independent spirit and love for the environment.

“I just don’t give a fuck about what people think of me. I’ve learned to just embrace it. There’s no point in hiding who you are.”

She’s a sexy nerd. Hayley explains how she grew up in smalltown Columbus in landlocked Wisconsin but she’s always had a passion for marine animals. Hayley took the initiative to learn about what interested her at a young age. “I would go more into ocean conservation… I read book after book after book. I would go through phases where I went into volcanoes, quantum mechanics, birds, dinosaurs, whales and dolphins.”

Hayley appreciates the environment in many ways. Her latest trip is partially inspired by her childhood obsession with fossils and rocks. She’s visiting the Yosemite and Sequoia National Parks right now and will be on her way to Canada soon. “I’ve always wanted to go to Vancouver Island, it’s a magical place,” she says. “The whole island, it’s really wild. I’m gonna do a ton of hiking, kayaking and whale watching.” She’s also been to the French Riviera, skydiving in Switzerland and swimming in the Grand Cayman islands.

“I’m done wasting my time on people that don’t matter to me.”

She’s all about the real. This bitty says “if you’re honest up front, at least there’s no guesses on your end.” She loves to have a good time but won’t put up with bullshit. “Stay true to yourself,” she says. “You gotta take care of yourself first – that’s working out, it’s constantly challenging yourself, you’re doing things that are intellectually stimulating.” Hayley looks to build her mind, and if she’s going to spend time in front of the TV, it’ll typically be to watch a program she can learn from. “I’ve watched every episode of NOVA,” she says. “I don’t watch reality TV. I’m not entertained by other people’s drama. I just feel like it’s a sign of lesser intelligence.” She’s right.

For the past few weeks, she’s been on a strict diet. “I cook probably around 90% of my own meals,” she says. She eats a lot of vegetarian meals and tries to stay away from all the red meat and fried food in Wisconsin. Cooking has become her craft of sorts. She used to sketch and paint a lot and now that creative time is spent planning meals. “I do abs every single day,” she says. The model also lifts heavy weights in the gym. You can only eat the finest of delicacies from such a finely sculpted body.Yeesh.

She says her story is “not glamorous,” although she started college at 17 years of age and worked hard for her highly heralded degree from Madison College. Hayley Derr is smart, ambitious, Earthy, and won’t lower herself to anyone who doesn’t reciprocate. She’ll go alone if she has to. We’re proud to present her latest collection from Tim Sevard. Hayley has pure, natural booty.

no images were found 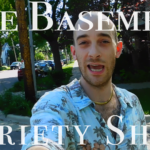