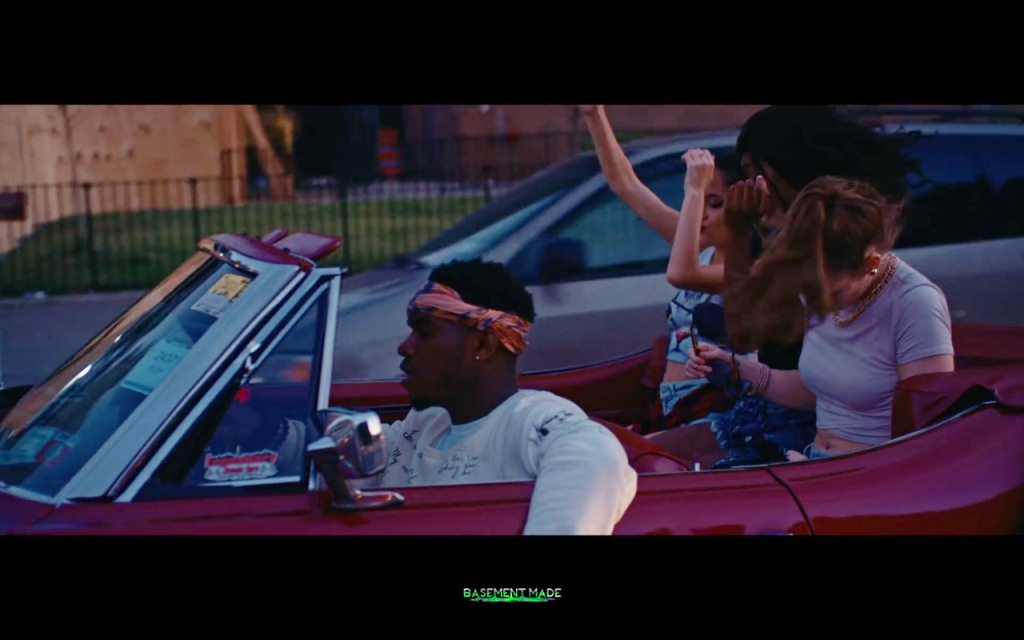 TheMIND impresses with a another gorgeous visual. This one is for “Pale Rose” (April 19, 2016). The lyrical exhibitionist is a genius songwriter and master of beats. However, he’s really just repeating the same words on this record, singing “Hey you, who do you love?” It’s the thrilling EDM beat and lovely ladies that bring the concept together here.

Shout out all the naturally fit dancing women of planet Earth. These 3 shine as they throw their problems to the side for a night of mischief. We also get an anxious feeling as the beat continues to build throughout the 4:35 video. As the story unfolds, we wonder where this trio is finna end up…

Then at the end, they hop in theMIND’s whip and ride off. Happy ending. Who is theMIND, though? Aka Zarif Wilder, the Philadelphia, Pennsylvania native made the move to Chicago a few years back to attend the prestigious Colombia College. From there, he connected up with Mick Jenkins and THEMpeople and never looked back.

TheMIND covers his face, or he doesn’t concentrate on it as much as most musicians do. Like us here at Basement Made, the artist is more interested in meaningful art than how mainstream America interprets his phenotype. This is interesting and we support it.

See his last visual for “Mercury Rising” and his feature on Trapo’s SHE EP.