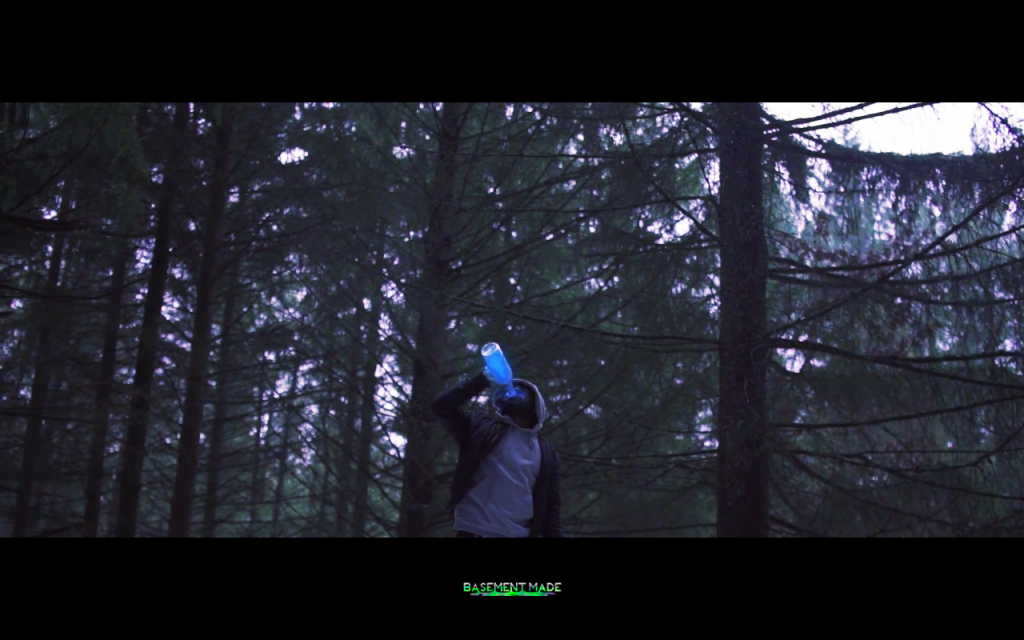 Von Alexander drinks the soul of his former self in the “Waves” video (April 28, 2016). The artist recently changed his name from Vonny Del Fresco to his current identity. This visual portrays the transition. Von Alexander chases Vonny down in the snowy thicket, ties him to a pine, extracts his soul into a bottle like a genie, and then sucks it down.

This is a cool concept and a gorgeous visual. I’m hyped to see so many Wisco artists embracing the woods and lakes now, where as before it was all city-city-city everything. Keeping Hip Hop exclusively to the city is close-minded, and Von is far from that.