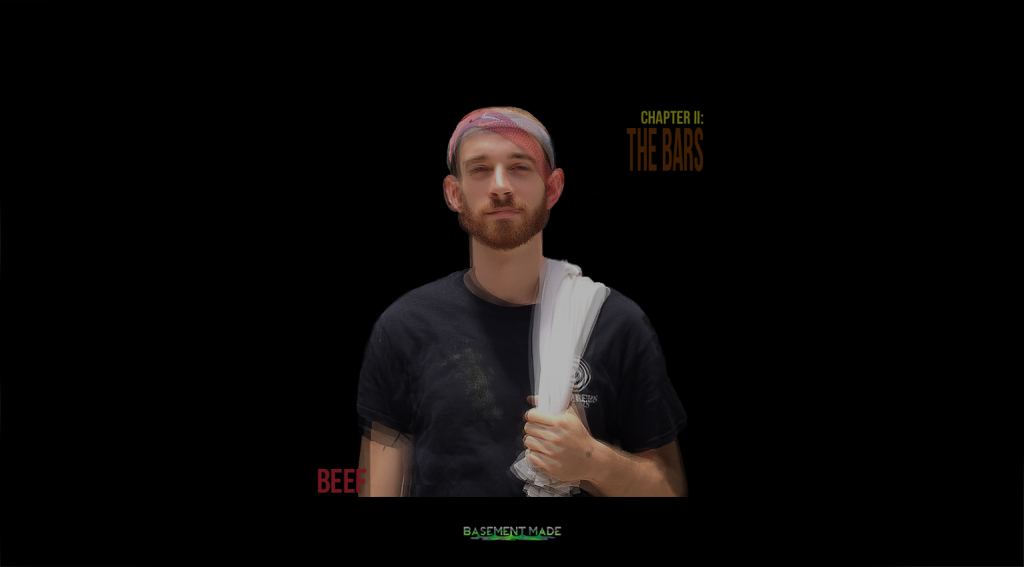 I dedicate Chapter II: The Bars to the weekend – to the many wild nights I spent getting weird in Mad City. As youth, we aspired to go downtown to party with the big kids and see college girl titties. Can we do it drunk? That’s really the only question we ask ourselves when deciding recreational activities.

Since Wisconsin gets drunker and has more liquor stores than anywhere else in the United States, and has the 3rd most bars per capita (behind North Dakota and Montana) – I think it’s fair to say the Cheeseheads party the hardest.

There’s always sumn going on at The Bars and I’m a king of the night scene. I get it lit whether I’m out, on stage or behind the bar. I’m in a strange position now that I’m 15 months sober, but nothing can take away my time in Madison, Milwaukee, and wherever else in Wisco we decided to get bopped. In times of need, the bars have been there for work and recreation. I don’t have a problem with alcohol, it has a problem with me. Drink Wisconsinbly. This is my 4th EP of 2016.

I’m dropping 3 records over the course of this weekend (June 9, 2016). Tonight, I present “Thirsty Thursday”: a song I recorded in 2014 with Dflo about partying and women. I made the beat too. For most drinkers, the weekend starts on Thursday. Wisconsin folk go out every night of the week but shit starts to get real grimy on this special day. Three day weekends – all the time. I’ve been going through The Depression lately, but as I’ve done so many times before, I will shoot out at full energy. I’m tryna connect with Cali on this turn up. This is a celebration!

“Thirsty Thursday” is also about Jersey Chasers. These women are known for their temptress qualities and undying desire to climb the social ladder. Since Wisco is a football, basketball and hockey state – there are plenty of options. Some go to extreme lengths to latch on. I’ve seen some shit, fam. They’ll suck a player off and announce it to the whole party, pop holes in condoms and spread rumors about athletes having STIs to keep the competition away.

*Cough* Since I’m a creative genius, book and street smart, charismatic, hilarious, hardworking, athletic, strikingly handsome and ever so humble man  – I’ve attracted my fair share of these vixens too. This is a PSA to all the young gods out there: Once you start to see success, be wary of these temptresses.

I bartended for 4 years in Mad City. Now I’m in Cali doing the arts. We call where I used to work – “Dive” bars – out here (June 10). Basically, at a dive there are few rules and the people like to get wild. The music is free and the drinks are cheap. So much whiskey, vodka and beer… These are the stories of the bar scene I grew up in. I rapped on this, made the beat and mixed it.

“Be safe, get safe
There’s a bottle by the safe and it’s too late
I close, and I don’t really fuck with the ratio
I’m in it for ends, so gimme the Hen n the mic…”

I close out The Bars EP with a no limits “A-bar” record (June 11). Madison natives use this term to describe the “After Bar” – a spontaneous party that begins after the bars close. On the weekends in Mad City, the hours between 2:30-5am are still considered valid hours for partying. Virtually everyone is sloshed from the bars already and pairing up but many wish to continue the activities at the after set. In Cali, there are clubs that open for those hours alone. You pay to get in, but other than that, it’s sort of a similar situation. This is for turn ups of all backgrounds.

“I could do my lil dance n give Stella her groove back quickfast
Smooth moves
So when I say pop that, just do it
Niykee, I’m Heaton for youuu”