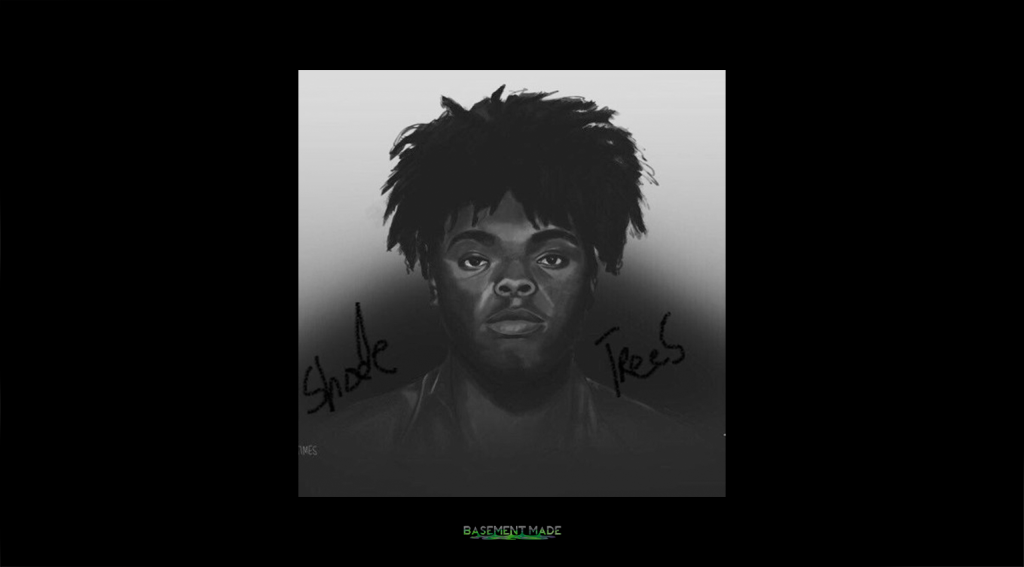 This is an energized record from Madison, Wisconsin rapper-singer Trapo. I actually never heard the full version of the “Average Freestyle” until just now. The one I saw before was a much shorter version, elsewhere, and I thought that was it. I was busy writing my book too, though. Turns out, Trapo makes some pretty bold claims in this one, saying he’s the “Best in the City, Best in the State”, and insisting “All of you niggas just stop, rapping, please.” Now the “Trapped In The Shade” record from RED makes even more sense.

Trapo actually dropped the “Average Freestyle” on my birthday (October 12, 2016). Producer – uncredited as usual. The artist also recently released the Shade Trees album. This follows the SHE EP and The Black Beverly Hills EP from 2015. Trapo started getting Major Record Label recognition – at that time – around age 16. I took the liberty of writing out the lyrics for this one.

“So I’m like three steps, four steps
Both steps ahead of these Niggas, I
Tip toe less with no stretches, Bowflex
Don’t care bout these Niggas, like
I’m a rapper, right?
So these Xans kick in, in the afterlight
All my plans work out, if the math is right
And the math is right, right
Look…
So who let them fuck Niggas in, right?
Trapo the best in the city, the best in the state
Let me say it again, right?
Trapo the best in the way
Look, I said it already
Niggas doing shows, Boy I did it already
I’m a shark in the game, Boy I’m swimming already
Leave a Mark in the game, Boy I’m living already, right
And Trapo, delete the Guy, right?
I need Him around, though
Cause I’m on the top floor, who gon handle the ground, Bro?
We went through a lot, though
It’s all part of the sound though, so I’m cool with them frowns too
And I realize I’m better than alota Niggas
Clever than alota Niggas
Park the car, I’m tired of whipping
Introduce your Bitch into another Dick
Gotta fit You
Boy what is beneficial? Huh?
Bitch what is beneficial?
I got alota lil lovely lil Folks
Pick one out and I’m sure it’d be sure to fit You
I’m rapping better than all these Niggas
So I think I’m better than all these Niggas
I don’t hesitate to go call these Niggas
Cause I don’t need a feature, I’m balling Nigga
Whoa now, You need to slow down
Could You please take my dick all out of your mouth
Outta control now
I grip on my dick when I hit, Trapo Hoe now
They get me so o-roused, They get me so oh…
Hold on, let me be for real one time…
I’m the only Nigga with a shot
So all of you Niggas just stop, rapping, please Nigga
That shit don’t make me nod my head or none of that shit
You don’t get played in none of these whips
I don’t want Names or none of them sticks You passing Nigga
Why yo shit so average Nigga?!
Why yo shit so average Nigga?!
Huh, why?
Why are You wasting my time, Guy?
Trapo been rapping his whole, life
I get to be first in the line, right?
Tra-po, remember that shit
Remember that name
Remember them tracks
Remember them Gangs
Remember them nights, when We shared them plays
And We stayed up late, cause We wrote that shit
Niggas hate on Us cause We wrote that shit
You can quote that shit
Wanna hang on Us, from the rope that shit
Loose change on Em, yelling tote that Bitch
Whoa now, outta control now
I lost my Faith, I believe in the Dope now
Smoking some Dope now
I lost my Faith, I believe in the Dope now
I realize I’m better than alota Niggas
Clever than alota Niggas, fucking every beat I meet
I mean, I never will get tired of winning…”

Is Trapo a complete sham? Is he talking about me? Is he an Industry-created me? Should I speak on it further? Should I slit his throat on the track? Did I just do it without trying?