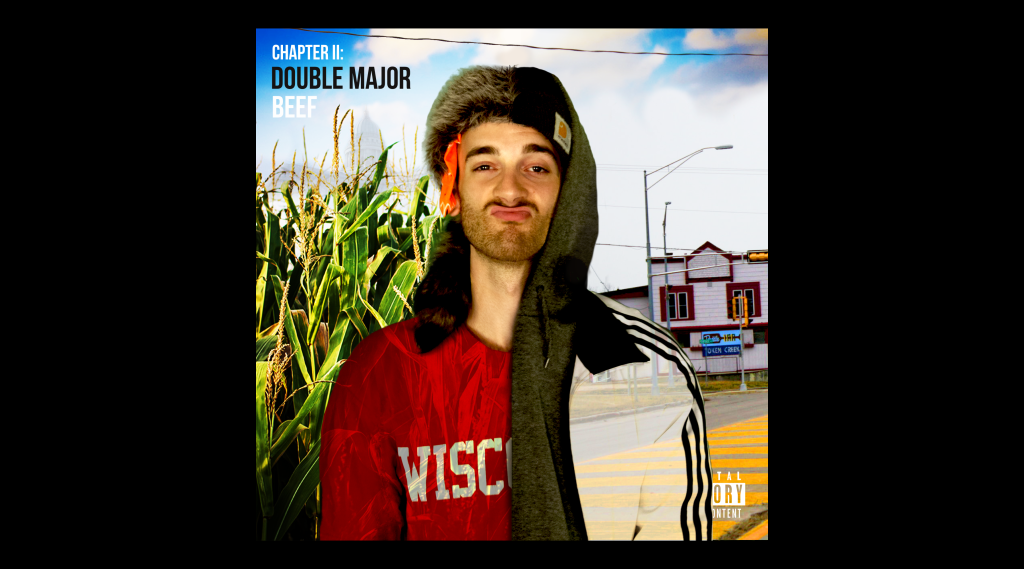 I found out that I was God earlier this year. So that’s coo. I’m homeless now though, and I live under a fallen tree – in a swamp. That ain’t so coo. I also discovered that I’ve been enslaved for at least 10 years of my life. Except for “Back To Work” and “Sport Culture”, I recorded and produced all these songs and instrumentals before I started to make my way back to Wisconsin, on March 21.

As I explained before, I originally meant the title of this project, Chapter II: Double Major, to speak to my accomplishments in the resume-9-5-press coverage-credentials realm, and then also to my personal achievements – free of the slanted Coastie culture that we (and I especially) have been forced to fit ourselves into – in order to show a dynamic enough portrait of my life so that they may learn to treat me at least as a lesser equal, and not subhuman.

Of course, getting a full time paying writing or recording job of some kind is a part of this fight for justice, as I’m more qualified than all of my peers. Also, I double majored at UW in Sociology and Spanish, graduating in 2013, so the album concept speaks to that too.

The last album I put out was The GRIME TAPE on April 8, 2013. I unraveled my first book Why Wisconsin Voted For Donald Trump on January 20, 2017, and I’m currently working on my second – The Life of Cliff G: DOG. Thank you for your continued support over the years. My life has been harder than anyone else’s in America. Bless.