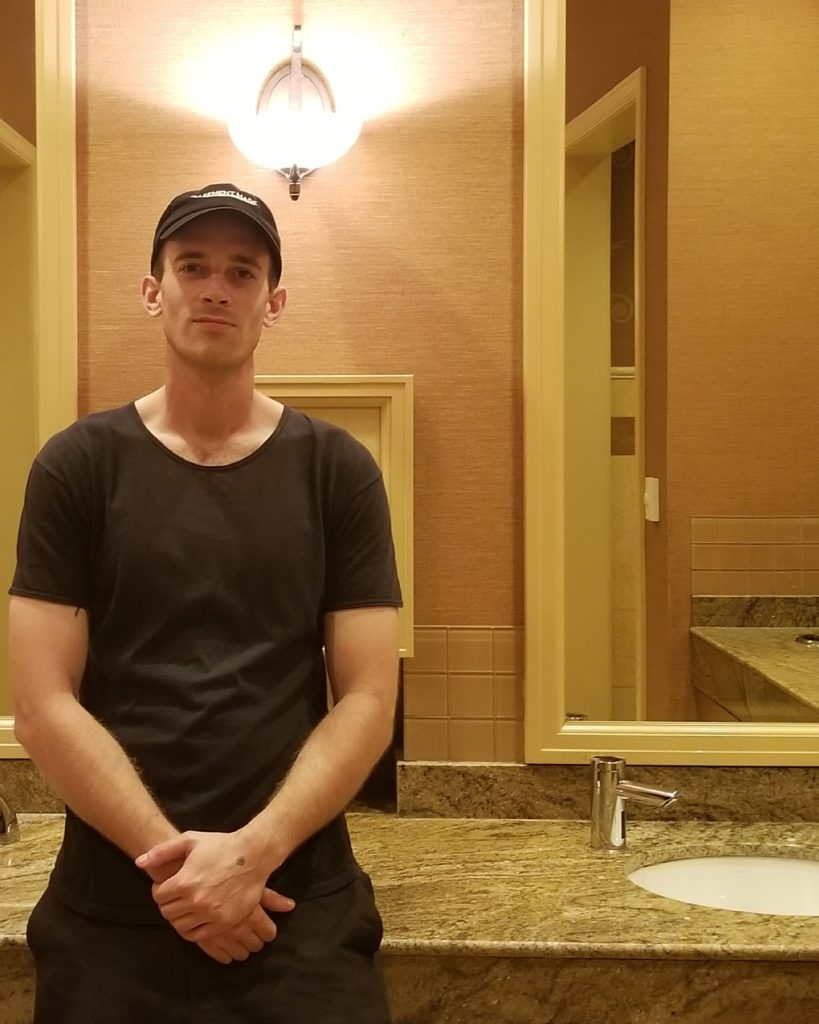 My understanding of whores, prostitutes and sluts has changed over time. Originally, I understood a whores as loose women who used their bodies to get ahead but didn’t necessarily take payment for sex. I thought of women that did take payment as pros. Now that I’ve been falling in love with, dating, fucking, working with and under women for a while, I’ve come to understand these concepts a lil more intricately.

Now, I see hos and pros both falling under the umbrella of sex workers, after experiencing the other ways that women (and men), might use sex to find financial success without directly taking payment for sex. For the most part, prostitution is seen as dirty and criminal in the public eye. It’s one of those classic American vices that they don’t like, along with gambling and drugs, so there is the chance that one might get arrested for doing it.

So, due to the danger of arrest and chance at social castigation, many women have developed a mainline form of prostitution that works for the Coasties – and thus – everyone else. This includes showing more leg, tit and back than others in the workplace, flirting for approval, taking free meals, jobs, clothes, cars and housing, and presenting themselves outside of the workplace as humans that don’t like wearing clothing or leaving their home unless it might end up in a situation where they’re making money, doing drugs (remember alcohol is a drug) and/or wearing less clothing.

Using one’s face and/or body to gratify his or her, or another’s sexual desires, as a means to financial growth, is prostitution. It also requires little effort, and usually comes accompanied by a supporting system of racism, classism and sexism (as is the case in America).

These hos will push to erect a facade of a romance in place of an authentic relationship, in order to blind a man (or woman) with fiscal potential, who may have carnal or emotional wants. It’s an attempt to squeeze their way into another’s monetary success without working for it. This subgenre of prostitution is known as golddigging.

Female pros, who also take advantage of affirmative action, the social benefits of being a woman (endless compliments, no manual labor, physical defense from women and men, justice, etc.), and free gifts, also often further use their privilege to slam down others of a lower prestige in American society.

I used to understand slut as a woman who fucked alotta dudes just so she could have the satisfaction of fucking alotta dudes. Some peg those who like sex as sluts but they’re just immature namecallers. I still think of sluts in the same way for the most part, although I’ve realized that I might’ve even been one in my late teens-early 20s, when women started to make an effort to approach me for the first time. It was an exciting surprise, not having to do nearly all of the relationship and sexual encounter preamble (outside of her looking at me, biting or licking her lips, smiling, putting her fingers through her hair or on her face, flipping her hair, turning her ass towards me or backing into me as I’m walking by, ribbing me with light jabs, and responding to what I’m saying with 280 characters or less). This is much more often the reasoning behind male and gay sluts than female, as heterosexuality is the most commonly expressed sexual orientation in America, and women select men as their partners, not the other way around. For women, it’s more often a power trip to get back at men for some old, fantastical, philosophical reason.

“Slutshaming” has become a popular cry for wolf, especially for White women, in recent years. This one is in addition to the “Rape” and “War on Women” cries, but used more online like the “War on Women” one, whereas the “Rape” call is used more in public. Slutshaming, when used correctly, describes a situation where someone is demeaning another for having too much sex, too many partners, or not the proper kind of sex. And rape is supposed to describe forced, physical sexual activity, which of course, is disgusting too. I have been a victim of both of the real phenomenon.

What the Coasties do though, like with the other cries, is use it as a fascist name calling device to discredit another less entitled human. Instead of faking a rape or assault (like at least one of my exes did), with slutshaming, the victim of this slander and/or libel is usually expressing an outspoken or alternative analysis of prostitution than what is the mainstream pop culture elite-slanting use.

By definition, my last girlfriend was a whore, slut and cheater. Y’all were not ready for that breakdown, so here’s sumn a lil lighter for you kiddos. If you’re in a relationship with someone who exhibits one or some of these characteristics, male or female, and you want an authentic monogomous partnership, it might be time to take a look at how much you’re spending on the whore and see if the cost-benefit analysis is still looking the same as it did before. Otherwise, it’s only $100-150 to have sex with a prostitute who is much more honest than these covert, corporate sexworkers. It costs about the same to have sex with a prostitute who lists it on their resume, per se, as one who doesn’t, only they take up less of your time currency when you go with the pro. Know your worth.

By the way, I’ve never hit a woman, drugged or raped anyone, taken payment for sexual activity of any kind, hit, molested or aborted a child. How about you, prostitute?

2 thoughts on “Whores vs. Sluts”