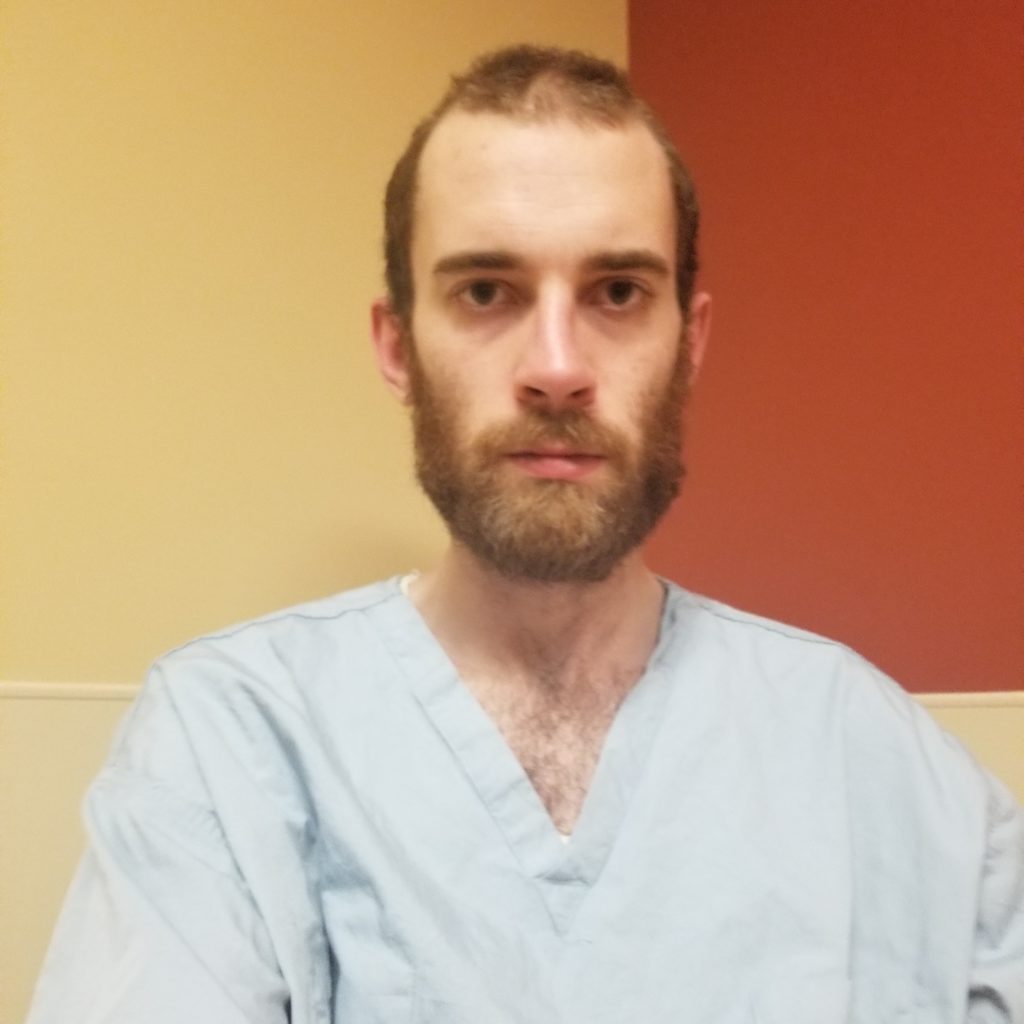 I’m like a superhero in that I can hear ultrasonic frequencies and feel electromagnetic fields. Of course, the average American’s first inclination is to call me crazy, psycho, schizo or delusional – to dismiss the phenomenon as a hallucination. It’s all in my head or what not. Fortunately, there’s loads more info out there now than there was when I first noticed.

This has been going on for at least 15 years. I specifically remember sitting in Spanish class in high school and a high pitched noise suddenly shot through the room. I asked my friend if he heard it and he said no. This kept happening, and people kept saying no, so I stopped asking. Years later, I was working with Amway in college, and one of my team leaders said something that reinspired my interest in the topic of sonic pollution. He asked me if I ever noticed how much quiter it gets when I go out into nature – if I realized that this underlying electric city sound seems to dissapear. He is still the only one to ever say anything like that to me. In many ways, it’s as simple as that. The further you distance yourself from urban centers, your head will literally become more free from all frequencies of man made radiation.

I did several months of intensive field research on the topic in 2017 and my findings were more than what I expected. First, I realized that all electronics have their own EMF. I can hear anything electronic if I get close enough. All of these sounds don’t add up to make some brilliant symphony of music in my head, though. Nah, actually, they typically just stack on top of eachother in most cases – making an extremely loud high pitched screeching sound that wavers between a particular range. Plug my ears and it’s virtually gone. Unplug my ears and it’s right back.

Getting right to the helpful stuff for those who want a fix now: plug your ears for a few seconds and wait for the resonation to die down, open them up again for a few, and do it again until you have achieved the lowest possible frequency coming into your ears. Repeat as often as needed. It will only completely go away if you are far away from electric shit. Earplugs do work. Playing music, having the sound on the TV and employing noise machines all work as well as they break up the sound pollution with other wavelengths. Remove as many electronics as possible from your bedroom, especially, to make for sounder sleep. I would put as many as possible in one insulated space for storage until you need them. Lay under a table and/or put a thick blanket over your whole body and you’ll get instant relief (until you need air). Cover unused outlets. Unplug unused electronics (especially those with sound capabilities). And of course, the tinfoil hat is best. Haha jk but I am curious as to what is going on there because that whole schizophrenic man in a tinfoil hat goes back for decades at least. Going outside and finding a green area is great. Sit down on the grass, hug a tree, touch some wood or low density stone – to dissipate electricity in body.

Definitely eat something and drink fluids. Filtered water. Filling your body with lead, mercury and other pollutants in our water will only have you more metallic and conductive. This is true with metal on your body too. I find fruit and dairy to be very helpful. Also, pop, believe it or not. If you drink or smoke, that will certainly help numb the pain. Putting a nonmetal wall between you and the source of the noise helps block it.

On some next level G shit, try on different combinations of jewelry and holding different types of rocks. I haven’t done enough with this but I do get some temporary relief when wearing certain pieces for limited timeframes. I’ve found some big igneous rocks in my day and holding onto them seems to help. Same with these other stones I’ve found, bit I’m not sure if they’re obsidian or onyx. Silver makes me cold and twitchy. I think gold is good.

A character in Better Call Saul claims to have electromagnetic hypersensitivity (EHS), even though he’s an older male. Note that just because females may be affected more often, it’s still a small percentage that are.

There is an uncomfortable amount of pushback from the mainline against the existence of EHS and the damage that EMF’s do. The sounds are there. The pull is there. The science is there. Wikipedia currently says in the first paragraph, “EHS has no scientific basis and is not a recognised medical diagnosis.” All these articles saying, “Is it real?” My God, this is gonna come crashing down hard, soon, and I can’t wait to laugh at all these retarded cunts, as they’ve laughed at me for “hearing things” and “seeing things”. Fuck you. I hope you die painfully. If a tree falls in the woods does anyone hear it lookin ass.

I have been diagnosed with bipolar, depression and psychosis, and as this article states, transcranial magnetic stimulation (TMS) as well as magnetic resonance imaging (MRI) can both help to reduce the adverse mood altering effects of noise pollution. New Scientist explains how transcranial direct current stimulation (tDCS) is helpful, and could facilitate faster learning, aid with depression, strokes, schizophrenia, Parkinson’s, tinnitus, autism, addiction and fibromyalgia.

As I’ve mentioned before, I get many more negative thoughts as I get closer to the heavier areas. I’m writing this on the road right now, and just now as we pulled into St. Louis, coming from Frisco, TX, I went from comfort and clarity writing this piece to a stifled mind and loss of flow, an instant headache straight to the top back right of my brain (which crept forward as passing through town) with some on the top left side (that moved downwards), pain behind my right eye and vision blurriness, neck and knee stiffness, and from only my own thoughts going into this writing to these screaming adlibs in my head, saying “Stupid Nigger”, “Fag”, “Kill Yourself Already” and “Loser”. I also got a couple brain zaps, which is what I’ve been calling head twitches, ticks, tweaks and spazms in the recent past. These shot from the top of my neck to my brain. I also get an unwarranted need to piss in these areas. In this situation, it’s actually hard to hear the screech, and I would say that has to do with the various sounds of the moving truck I’m on coupling with us moving at a high speed.

Apparently, brain zaps result from a lack of serotonin. They are messing with our brain activity and hormone levels. Of course this disruption is tied to depression and anxiety. Also, I didn’t have a feeling at all to drink until we got to the Woodford, IL area, when all of a sudden I started hearing “Drink” again and again in my head, and the right side headache came back again after disappearing somewhat for a stretch, with the joint pains.

I didn’t think about suicide at all during this trip, but I know for a fact when I get back to my home in the middle of Madison, I will get those thoughts all day long once again.

“…A recent report suggests that the low-intensity electromagnetic field of geomagnetic storms–disturbances in the earths magnetic field caused by gusts of solar wind–may have a subtle but measurable influence on suicide incidence in women.”

This is a natural occurrence. But imagine if man could make a more powerful storm… And they work on improving it daily. And I get migraines… And women get migraines… And apparently kids and women can hear these ultrasonic frequencies more often than men and older humans.

I’ve observed that the high freq sounds will keep you awake but drained and low freq will put you to sleep. So, in theory, you can be zapped to sleep and kept that way for a period od time by whoever controls the switches.

At my old apartment in low income housing at Madison Development Corporation (Oct ’18 – March ’19), I took out the light switches and plugins from the wall because they were screaming at me. Of course, when I took the faceplate off – Boom! It was like being hit in the face by a blurr of noise. I looked at the screws in the apparatus and found that they weren’t screwed all the way in. It wasn’t so much of a “buzzing” as it was a screeching, but after I tightened the side screws, the squeal instantly died down. So is this some sort of property management trick to torture those inside their buildings? Madison is not known for having quality landlords to say the least.

Some of the noisiest buildings I’ve observed in town are the capitol, government buildings, UW buildings, schools, libraries, big apartment complexes and houses (the newer the louder in many cases), and surprisingly – parks. Clearly, power plants put a lot of radiation into the surrounding community as well.

Wifi absolutely plays a part. The second I turned my box on in my new place I heard a noticable difference. I get a lot of negative thoughts when I’m on or by my computer and phone. Fluorescent lights have the noise and a strong blurring effect. Incandescents are far better for comfort.

Again, ironic or otherwise, Basement Made speaks to larger truths that I hadn’t thought of when I created the brand. The basement is cemented in and below ground, like a secure bunker, and I usually feel a noticable difference when I head downstairs. Just keep away from the utility room if possible.

So there’s the sound from above but then there’s also the underground. There are tunnels running all through the city with wiring everywhere. This makes it especially hard to walk and function in certain areas just due to the drag on your body.

Here’s a loose range of higher pitched sounds – from the highest pitched and loudest down – for who can’t hear the high freq:

My brain feels real fuzzy at this point so I’m just gonna drop this and get to arranging it more later. Be safe.

2 thoughts on “I Have Ultrasonic Hearing”