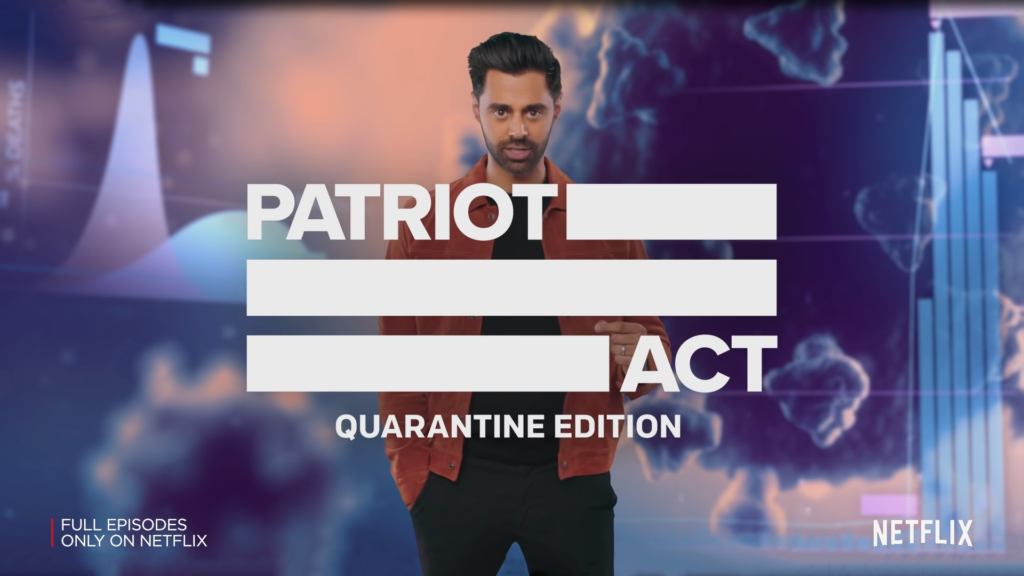 Hasan Minhaj is one of the only people worth listening to on The Internet. I don’t mean all that exists online, of course, because here in Madison, Wisconsin, where I live, we only get part of the whole network. It’s branded. Same goes for everywhere else. But while I can only vouch for what I’ve been able to find, I still find this guy entertaining in comparison to the other blabbermouths out der.

I have first hand experience with the litany of firewalls, blacklists, hackers, scammers and blockers that come with being an independent minded American online, so I know how tough it is to get the word out there. We’re not at all from the same background, but in the same vein, I have a migraine of a time trying to find anyone from this country worth watching or listening to – that I can take serious.

The social media celebs of the day essentially hold the exact same values as the celebs of the mainstream media. They just use different words to complain about and misdirect the same shit. Just listen to their voices, look at their physical features, and pay attention to historically adapted blanket statement triggerwords. Usually just takes a few seconds or minutes to notice the cloneliness. Some comedians are clever. This guy is much more than witty. I have actually learned from this man right here. He covers important, current topics that the aforementioned popular kids do not (until it’s popping).

As hard as it is for small people to understand, I literally do not care what his name is or what he looks like, when it comes to the valid points he’s making. I treat every single person I meet with as much indifference as I can when we first meet, as if they didn’t have a physical body or distinct voice. Of course I notice, but I adapt my personal relationship with them based on the direct interactions that we have. I don’t know Hasan, and he could be a disgusting person behind the scenes, but in this case, it’s somewhat of an opposite situation, where it’s the beliefs, personal life and work he’s preaching that I’m considering.

Mr. Minhaj has a well-rounded perspective, speaking to rent, tuition, retirement, billionaires, policing, sports, pop culture, his ethnic background, how he’s perceived in this country, relationships, and so much more. Unlike most Youtubers, he can jump from topic to topic and keep his own voice. And he can actually make me laugh out loud.

I’m trying to get back in the habit of writing positive things about other people. I’m in the top tier of positive humans, in person, but I know how brainwashed The Internet People are, so I want to better represent that part of me online, like I was before, so there’s less confusion on the direction I’m aiming at. Don’t get me wrong, I’m not putting on faces in different situations, it’s more like I’m putting on different hats. I take action in the streets and see the interactions out but I’m not beating dead horses, getting in a dick measuring contest or trying to force knowledge on those who refuse to listen. In these cases, my time is more effectively spent in other roles.

Thanks y’all for sticking with us through the years, even when it’s just been me. Please don’t misinterpret and go thinking I hate all these or those people, everyone, or anything close to that. I’m just tryna to do the best I can to navigate this labyrinthine life and appreciate all who at least seem to be contributing to or aligning with the mission. Thank you Hasan Minhaj for your teachings – and also just because people in this country are so ignorant – thank you for your Indian, Muslim and California background. Looking forward to working with folks like this in the future. For now, I will be watching the Patriot Act.