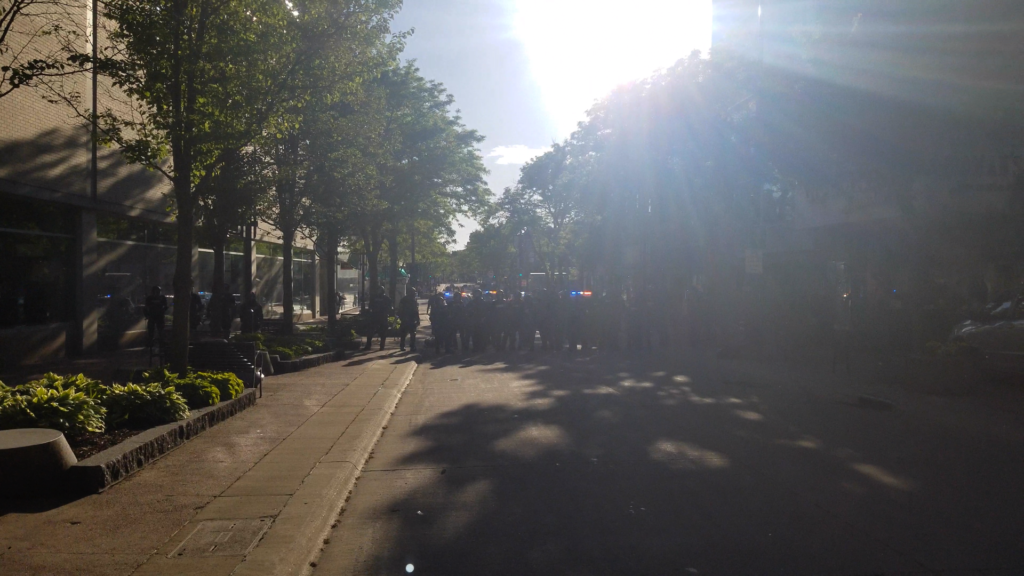 The Madison Police Department issued a political statement, containing blatant lies, during the protests that were sparked by the murder of George Floyd on Monday. Many organizations and individuals assembled to fight for George Floyd and justice for his unwarranted death, among other related causes. Violence was initiated by both police and protesters.

The Madison Police Department issued a statement at 8:28pm on Saturday,

“Earlier today, a large group gathered on the State Capital grounds to advocate for justice for George Floyd. The group marched down East Washington Avenue, to Williamson Street, before returning to the Capital grounds. Officers blocked traffic and ensured that the group could express themselves safely.

At about 4:30pm, the demonstration ended and the crowd began dispersing. A group of around 150 remained in the area, and began damaging property. The group damaged vehicles and broke windows as they moved to the State Street area. There, the group began breaking business windows and attempting entry to a jewelry store. MPD officers responded and ordered the group to disperse. Chemical agents were utilized as officers moved the crowd from the area. The group has continued to engage in property damage and looting along State Street. Numerous projectiles – including rocks and chairs – have been thrown at officers.

MPD remains committed to protecting community members’ First Amendment rights. However, violence and property damage will not be tolerated.

Officers remain engaged in efforts to maintain public safety and members of the public are encouraged to avoid the downtown area tonight.”

I was there you self-retarded liars, and it was nowhere near everyone destroying property or throwing projectiles. Nowhere close at all. I’ll be dropping the video later. For now, remember that this is nothing new, and that just because police took an oath and their jobs are difficult, sometimes, that doesn’t mean they are going to tell the truth and do right by the people they are supposed to protect and serve. Also, none of you are God, so you don’t know who “committed” the first act of violence. Shut your static-inducing robot ass up.