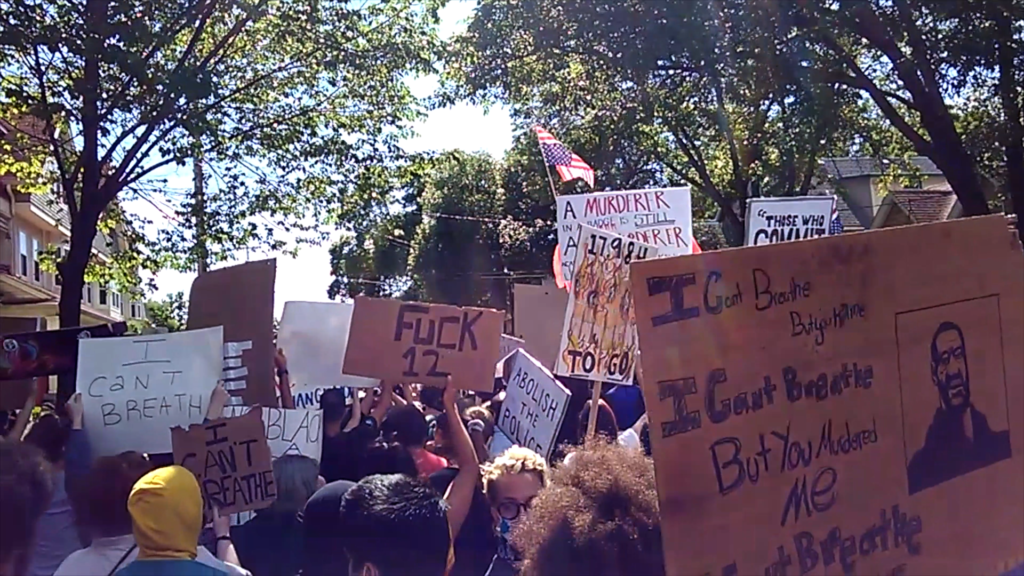 First off, I want to give a special thanks to all who helped make this video possible: Clifton, Beef and God. Now that that’s outta the way, I’m fina go ahead and do this one with the eloquence similar to the thuggish brute of a donkey boy, as America’s favorite leaders would say. A huge step for every citizen of this current country will be when the ultra-classist and hyper-racist Coasties and Crackers admit, to themselves and the public, that they are derpy, weak, inferior and replaceable, despite huge advantages that have run for generations in their below average genepool as part of a freakshow fascitalist nation. There are Mad City bars on top of bars throughout this film. You gotta watch it to get those, though! Most of the scenes are non-violent, of course, just like life, but the shit does hit the fan – as many have heard. This documentary should clear the air up for many people in search of answers regarding the frontlines, boots on the ground behaviors of this heavily hyped and controversial protest.

I heard a gang of folks during the protest on Saturday, May 30, discouraging the destruction of local businesses, saying in return to hit a non-local business or the police, instead. If you look at some of the places destroyed, this pattern does hold to a point, especially when looking at the specific businesses mentioned by the news. So there’s Urban Outfitters, Ragstock and Under Armour – 3 favorite places of the Coasties and Hipsters. Also, Goodman’s Jewelers. I don’t think I need to clarify on that one. Then there’s the Madison Museum of Contemporary Art – a bunch of fufu, artsy fartsy, overpriced yuppie stuff. And of course, the Capitol Square chalking, tagging, signage and defacing of statues, along with the police vehicles that were smashed in and burnt down. All of this holds up. Same with the running of the East Towne and West Towne Malls, which are composed of bougie stores for the most part.

A couple things that stood out to me as conflicting were the defacing of the statue of Norwegian Civil War Hero Hans Christian Heg, and the dumping of flower pots along State Street. Both of those stunts are counter-intuitive to the general direction. That being said, some of the first places to be hit across different cities, as reported by The News, were Targets, Walgreens’ and Best Buy’s – all national chains. Since, many groups have gone to city, state and federal buildings to assemble – even taking over highways in certain states. There is thought being put into this. By da wey, hoo many writas a givin ye anyting clooose to dis mech pershpectib? Zeruh, ass righ.

“The latter group, unlike peaceful protesters, are not part of the just cause of seeking positive change,” Kaul said in a statement. “Their acts are destructive of property, of businesses that people have spent years building, and of public safety. And they have, unfortunately, diverted some of the public discourse away from where it belongs.

“Yesterday, the great Rep. John Lewis encouraged those involved in riots to ‘[b]e constructive, not destructive.’ He explained, ‘History has proven time and again that non-violent, peaceful protest is the way to achieve the justice and equality that we all deserve.’”

The Madison Mayor Satya Rhodes-Conway declared a state of emergency and established a curfew until Monday. Along with MPD, they brought in the State Troopers, had The Guard on standby, and from what I heard – ICE and the FBI came and went.

I believe the majority of protests are peaceful by default. Saturday was no different. Just think about how Americans use words and phrases like savage, lit, crazy, wild, fire, out of control, off the wall, and many more to describe white collar behaviors and occurrences. These people are not hard. At all. But are any of these representatives of ours familiar with how America was formed and how it retains global power? Because if they support America, they support violent protest. This Wiki page has a nice list of some of America’s past violent protests that span around the Earth. Millions, if not billions, have been killed mercilessly by violent American protest, or in other words – war. Ya know what they say though, never trust Wikipedia, or Beef. Ya might learn sumn ya can’t get elsewhere.

Jason Joyce of the Capital Times actually referred to protesters as “People” in the title of his piece. Does that take balls? Who knows. Anyway, he also didn’t give Saturday as obvious of a fascitalist take as his peers. Definitely a relief. The rest of it is as basic bitch as the rest but I appreciated the effort for sure.

The planned protest with the Facebook page started in numbers on the Capitol Square, moved to the Dane County Jail, and then down Williamson St. – where I joined. Of course, different groups were fanning out the whole time, but there was an orchestrated route for that particular tract of the event. I held my own but I was specifically attacked several times by police offers. Maybe because I was wearing my Two Men And A Truck bucket hat that I wore to show solidarity with George, and also cover my sunburn? Or maybe because I was one of the tallest people there? Now, I see all these other places that report on journalists getting attacked by the Stormtroopers. Where’s that same justice for this one? Not two-faced, jaded, annoying, metrosexual hipster enough? Or not walking-stereotype enough? Also, what were the excuses for the other times, News People? What I gotta die like a real man first? And no, it ain’t reporter or journalist for those creatures. They are The News People, regardless if they’re at ABC, NBC, CBS, FOX, CNN, SPECTRUM, COMPLEX, VICE, WORLDSTAR, ETC. Same thing. Fun fact: I was attacked zero times by protesters/rioters/thugs/looters.

A few images I was unable to catch due to where I was at, courtesy of Channel 3000.

Their people continue to make jokes about executing protestors using the U.S. Military. Those same people and their allies are driving around trying to run people over who appear to be protesting, while others take video solely of offcolor activities so they can repurpose them into class warfare propaganda. They should all be arrested for Attempted Murder and Criminal Copyright Infringement – at least.

Clearly these humanoids have never had to fight for anything serious in their insignificant, convenient lives. They’re the type to be born lucky, and then go around calling everyone else lucky, for whatever reason at all, just so they draw the attention off how little they’ve progressed from all their failed opportunities in life. You know they don’t got much left when they hit ya with “The Real Problem” talk, like they got the answers? L.O.L. Just ask them where they’re from. That usually ends it. Supporters of tyranny are so privileged and uneducated, they’re to the point that they make fun of how disadvantaged their own slaves are, and find it hilarious in the most normal, predictable manner. Observe a few of their thoughts in the slideshow above. I took some snapshots from the comment section off Channel 3000 (at the end). Seems like these people could use a little direct conversation on the topic.

You could certainly see your skills in the work you write.
The world hopes for even more passionate writers such as you who
are not afraid to mention how they believe.

All the time go after your heart.

Wow, thank you Kyra!! I will always keep going. Your comment fills my heart with joy. Thanks for checking in!