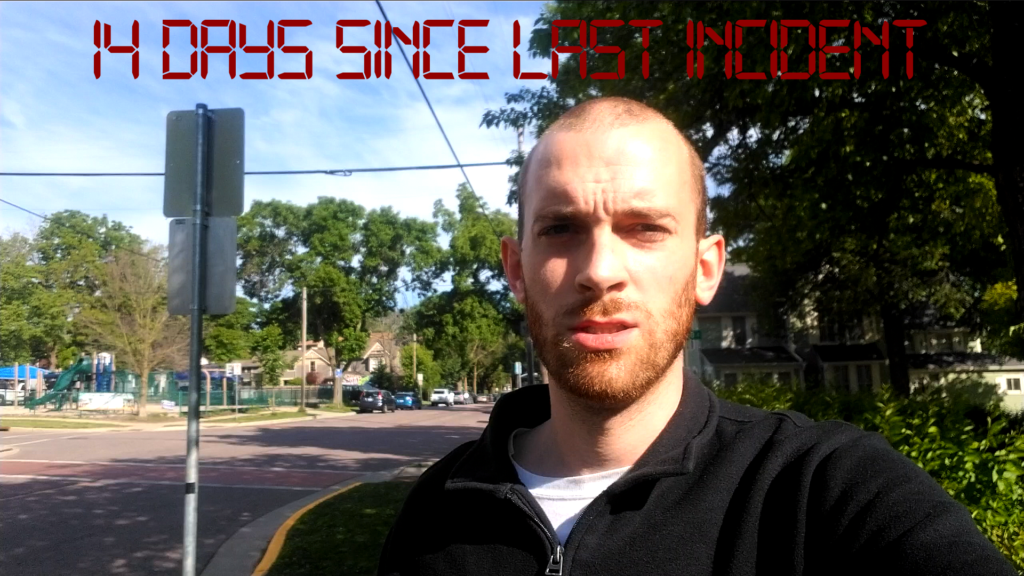 The late George Floyd is a global celebrity. Millions protest police brutality, jails, murder, racism, ethnicism, classism, xenophobia, homophobia, regionalism, capitalism, fascism, and America – in his name. This is once-in-a-lifetime exciting but short of protesting, destroying and/or overthrowing the United States, what other ideas for reform are making waves that can traverse those same distances for time to come?

My hometown (and area) is known for hosting some of the America’s largest protests in history – many of them leading the way to nationwide dialogue and/or action. Protesting is a part of every day life for Wisconsinites. Everyone from Wisconsin is a part of a strong, outspoken minority culture but that’s not the point here. The point is that they – meaning average to below average people based on socioeconomic input – see all the flashies and boom booms and they get deeply lost in halfass glory stories for the rest of their lives. They call this “Living in the present”. We’re also known for being the fun people, so we win that too, along with the “Taking life seriously” title.

The outcome doesn’t matter because they’re unprepared, shortsighted, and the current system works for them. Don’t necessarily matter if they’re “Rich” or “Poor” in your eyes, since attractiveness and wealth of currency is not based on merit in this nation (think manual and service labor, occupational hazards, and “Essential Workers”). The grandeur of the thing is what matters to the common wannabe peon. They’re the type to say, “We’ll be fine, America is the best” or “God will decide for us”, referring to those fighting for justice and equality as “They”, when the potential to make significant, sweeping, longlasting change for the betterment of every honest human being is right in the middle of the table – ready to be served up and fill the hole in their gut.

Minneapolis is making moves not only to defund police but to dismantle the department completely. I introduced the idea of phasing out uniformed police a few years back, with the idea that removing the scare-tactic outfits and blueberry-cherry cars would enhance community relations. Really, how many times have you been in a dire situation, yelled for help, and then a police officer wearing a uniform came running out of the shadows to save you? I’m gonna guess that’s about zero for everyone. That goof troop beat is to scare people into acting funny. And so no one fucks them up when they’re mistreating, beating or killing people. And so they get tv shows, free shit and flirtations.

Blend cop and civilian, and then we can see who is the more quality purveyor of justice. Who is deescalating the situation or making arrests before it pops off? This person or group would be around, where they know it gets hot, because they do their research and care about the people there. For better or worse, justice is then served by those closest, who know the community. The best person to intervene in these situations is a concerned, hard working individual that has an investment in the local culture, and yes, they should be paid for both preserving and keeping the peace as a part owner of their district.

Seattle pushes to diagnose mentally ill racists with the Racist Disorder and I fully agree. This is right along that Self-Retarded line that I’ve been tightroping more often lately. Ironically, The Help needs to get The Man – help. That ain’t even supposed to be funny. To take it a few steps further, I agree that not only racists should be institutionalized, but also those who are slipping by with un or misdiagnosed Materialist Disorder, Multiple Personality Disorder and Social Disorder (considering Habitual Lying and Serial Passive-Aggression).

A few other elements that should be considered (some new, some nah):

All records and communications relating to incidents should be made available on a completely unrestricted public forum, where all reactions by verified individuals are noted in data, categorized, tracked, and considered respectively – based on their profiles – and weighted in the decision-making process.

Enforcers should have military combat training and a college level degree (or equivalent experience).

Punishments should result in direct verbal and physical interaction between parties. Punishments should change from case to case, for the same crimes, to prevent privileged expectation. There should be more socioeconomic restriction, educational, service and work-based preventative measures, and rarely if ever incarceration or legal fees of any kind.

Efforts should be made to remotely institutionalize whenever possible.

There should be a 50/50 split between males and females, and proportionate representation based on ethnicity – across all positions – even if it means shared titles and wages.

News of crime should not play to domestic terrorism, pop culture, click bait, shock value or propaganda. Incidents should only get publicity outside of forum if they directly pertain to the person’s occupation or affected surrounding affiliates. Or if there is new precedent. Related slander and libel, misrepresentation and defamation to the case, carried out by any party, should be tracked and punished across all platforms that exhibit influence in the public eye.

Reparations should be calculated for all those who have suffered – themselves – from police brutality, jails, murder, racism, ethnicism, classism, xenophobia, homophobia, regionalism, capitalism, fascism, and America. The less oppressed, the more taxed.

Applications should be faceless and nameless, only showing qualifications and specifications, when considering who should be credentialed or demerited.

Dismissal of charges based on documented cultural differences.

Dismissal of gun charges for those with no history of misuse.

Periodic lie-detector tests for all those enacting justice.

Recalculating and comparing physical and mental human value, in terms of modern currency, in regard to both elective and non-elective work.

State and Federal police/agents, domestic or abroad, should be reporting to the same entity.