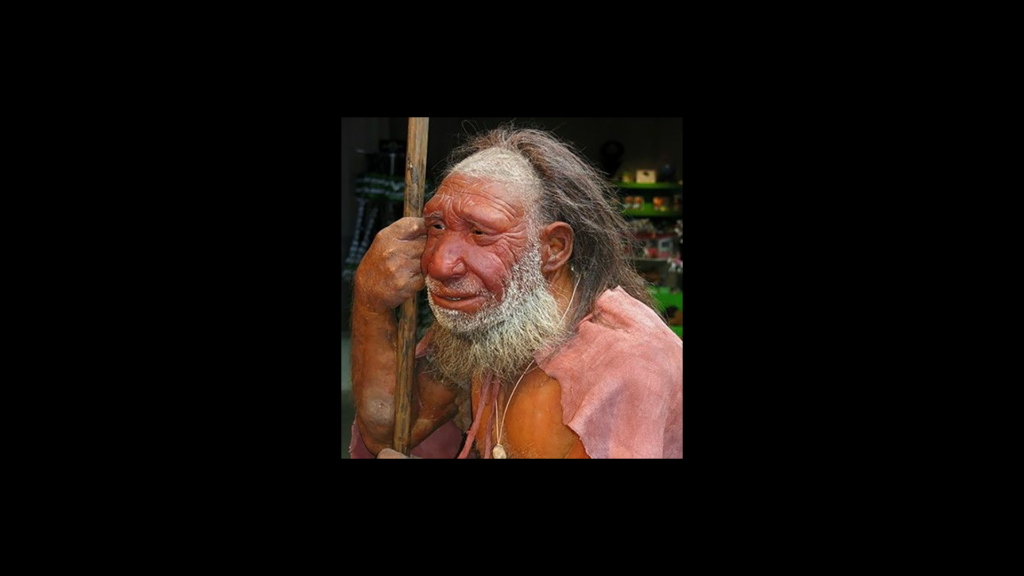 I had supper with my mother earlier this year at Sumo Steakhouse & Sushi Bar where she explained to me that she and my father both took DNA tests. I think she mentioned British Isle, France, Norway, Sweden, Poland, Romania and Egypt – between them. Most interestingly though, she said that she was of a minute global population from the isolated valley in Germany known as Neanderthal (Neandertal).

“One step closer
One step closer
One step closer
I’ve been closing, open to close in any style of clothing, no need to post it
When I’m in the streets, they think they know me
I’m in the concrete like a teenage foot mold
I’m looking at all this ass like, ‘Where does my foot go?’
Let’s have a public game of football and see where it goes
From the crown down to the foot sole, God found me and took hold
I can’t do anything but keep going, it’s like I got a jones in me, a cold sickness
Steel in my ligaments, brain fulla filament
They wanna see the cards, well deal em in
I don’t play for tricks, I compete for wins
Til I hit em with the glory shot, Kobe, and that muhfucka keep floating
These words are coming from me, what, you need some more ID channel?
This ain’t your government talking, nah, I had to say it once for safety I guess
But, you already knew this right?
I’m still back n cracking
Ain’t no co-writers for the real Beef
Matter of fact, I’m a nerd for stats, stories and passion, and all the analytics
I’m a man of action, I ain’t lacking attention, the second I drop I get flooded with mentions
I mean views and secret agendas, the numbers I do it don’t make sense
It wouldn’t be the favorite of many the rich and famous, thick in the game and subterranean
But they can’t hang, boa
Go ahead and hang it up, though
I’m more lucid than ever, I spit like I’m hearing it from heaven, just dead it
I’m on every day of the schedule
I’m a multi, I feel like I’m from Malta
I just need a bridge to the coastland or the homeland, and I’ll be posterizing rich Gulf guys on both sides
Giving you more than Moorals of the story
This gas so rank it smell like sulfide, riding round the Northside
Shout out the South, right back from the back of my mouth
They’re missing a Sip, the fish n the chips
I can’t pass a young startup’s background check but I can pass a federal government one with fingerprinting, huh
They got these barely singing, hardly keeping a beat, not really teaching, writing, performing things
And they are not me, yea I’m a freak
I am steadily creeping my way into the ultimate arena, a phenom ready to go toe to toe in a freestyle
Roll with the punches, I’m a man of my own
I throw a patch on it and I’m back in the fold
Out the corner, they thought I was a corpse
I’ve been out the mold, like new chromosomes
I am a Neanderthal, I took a DNA test
Turns out I’m a different type a folks, different genetic code
You are a racist now that I got the quote, heh
That makes sense to me, why I’m so obsessed with centipedes, grassclickers, toads
I remember seeing that lynx amongst the ferns, I thought it was a hoax
That foxhole, when I saw the timberwolf, we stood staring at each other til he ran off
I feel the air, water and earth, sometimes I just gotta get covered in dirt
Yea I’m a jerk, but not exactly like you personally
I have too much respect for hard work and a lifeform’s purpose
I pray one day I can come face to face with an antelope, they always called me that
Maybe it’s just my spirit animal or another one in person
I remember getting worked by plywood, now I give you those 2 by 4’s
They said, ‘Get down lil bitch,’ I’m still alive
Many of my friends committing suicide, gun shots in the night like, ‘Kah, kah, kah, kah, kah, kah, kah’
While the train rolling by-y-y-y-y-y-y
And they wanna relate, I’m not enough modern
Bitch I’m a survivor from the Northside, might as well be from Saturn
When I look at America, all I see is patterns
You want that light in the night, I am the lantern
Listen, it’s sad, but we all die from cancer, I’m just tryna get my hands up
While I’m on the outs and I’m still an asshole
You pro-pills, anti-tobacco and probably swallow
You have split ends like a swallow, and that bothers you
I came straight out the pothole
I feel more comfortable around myself
I feel more comfortable around myself”