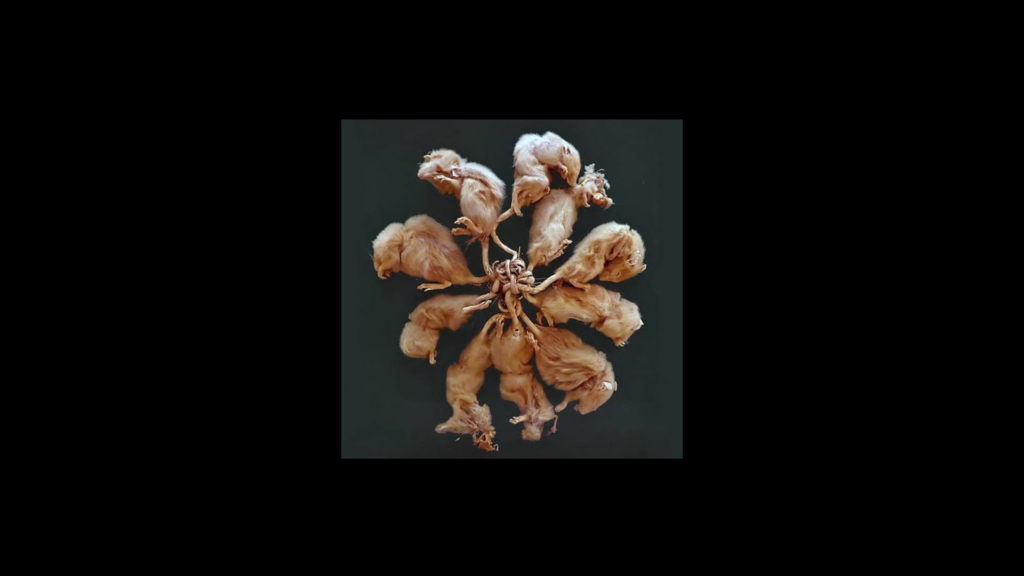 “In America
In America, uh
All praise the rattenkonig
In America, it’s all praise
All praise to the rattenkonig
In America, all praise the rat king
Don’t check the stats, just give em the win automatically
He-she pretty or sumn
He-she dumb as fuck and you love it
Name a random jumble of letters and numbers
Mumble speech flow, a full on fumble
Tripping out like Dumbo
Real to his pod cause he eat gumbo
Say he hate every single soul, but he still got a crew though, I’m confused
Are those hired extras then or other child rapists he met with the pen?
These are their heroes, the ones they invested in, gave their attention to
Those they claim they vetted and play cause they’re interesting
Even though they’re more repetitive than lights at an intersection
Man, y’all some chicken breast and lettuce, less is more ass bruthafuckas
Ducking at the sound of me popping off
Dropping noggins like I’m getting topped off
Gets awkward when I’m on, so they log off
They want snitching and exposing to have the same definition
Like Tekashi 6ix9ine and Edward Snowden did the same thing
They want hos and women to be the same way
They want one race to have paved the way
They’re just as stupid at 8 as 88
Still the same ethnic groups in slavery, breaking their backs for low wages
The rich say it’s a shame or play this game where they equate the working class exclusively to manual and service labor
Like, ‘We need more factories’
And there’s no way to escape it, even with higher skill and a higher education
Even if ya get so good, you’s famous and still broke
They a turn ya to a washed up lazy maniac, project their hate on you and similar faces
Your neighbors and the ones you claim to care for
They’re blaming China for the virus, speaking of the working class
No masks, no gloves, spitting in your mouth for fun
Riding their bikes around trying to run into someone
They can’t wait to get back in the club, man
They’re goin broke with no dicks to suck, or their pointless, overpaid jobs
Am I the only one that doesn’t give a single fuck if every single big business goes under?
They ain’t creating jobs for cretins like me
Only two-faced deacon-rabbis that personify demons in this so-called secular state with new age freedoms
They need another stimulus
Man, let’s get back to these stem cells Mad City
Maybe we can replace em by 2030
Then we can have an economy, legitimately
From the center of the country, because
Duh idiot, that’s where it all comes from
Do you not know history or current events
I’m talking domestic, not foreign
Maybe turn the bullshit off for just a few minutes and listen to a man instead of an adult-aged kid
And yes, 100%, it is their fault they’re self-retarded
I’m all public schooling from country bumpkin Wisconsin if you recall
They imitate our style, perspective and drawl, they want it all
They want us all to fall in love wit the rat king
The God that brings torture and disease, poverty, lies and good people to their knees
They’ll dry snitch and catch cryptomnesia in the same week
You big city units don’t want no beef
You ain’t even a cog in the machine
More like a clog in the sink when I’m tryna clean
Like smog when I’m trying to breath
These mogs ‘just wanna live, just be’
And ignore all the reasons and people they’re stepping on
Saying they’re doing it independently
Just know, at least 150 million Americans are coming for your head when…
Heh, well use context and finish the sentence
I’ll give you that much credit
Uh, uh, uh
All praise the rattenkönig
In America, all praise the rattenkönig
In America
Uh, uh, uh, uh”