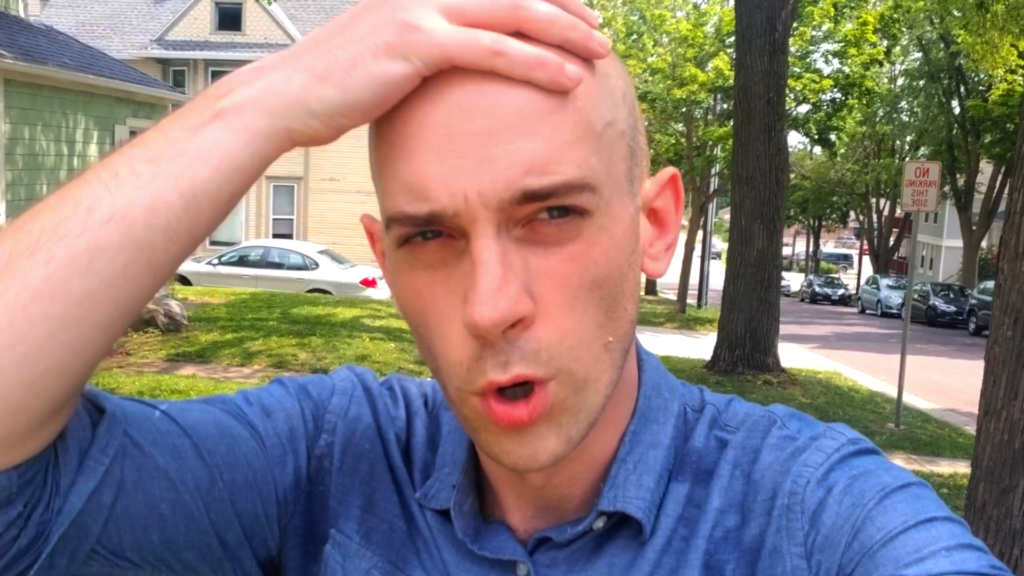 First off, The Basement is the only gang I claim (Basement Made). My people are those who align with The Mission. I’m for real, for real like that. Anyone that says otherwise should be checked immediately. Anyone bringing this up or posting right along these lines I’m going in on, suddenly present right after I drop – that doesn’t credit their source – should be checked as well. Media, art and politics people may strategize a little more than the Internet People (White Collards and Street Rats), and wait a certain period of time to appear like they’re thinking for themselves.

Anyhow, this is the only video of mine to date that Youtube has restricted to 18+ adults only. I have used all kinds of blacklisted words in my videos over the years and talked on countless forbidden subjects but this is the one they can’t handle. I did it. Of course, I’m already at life threatening danger looking and sounding like this to begin with, but then they’re always trying to force me into becoming a Nazi at the same time. Those that’ve been trying to keep up since the “Coastie Song” (2009) or before should be on the same page somewhat. I love y’all. It has been absolutely insane how badly these domestic terrorists (shooting up ethnic groups with fascist ideals from a place of untouchable privilege) want to force me into being this prototypical Neo-Nazi stereotype, so they can further justify my torture, scamming, and eventually – murder (or suicide). No, we’re almost never talking about autocratic-dictatorship fascism cunts. It’s more the ultranationalist-aristotic capitalism part of the wiki page that we wrote for you but you avoid because it hurts your under-average brain. They often try to tie in the addict and mentally disabled thing too, which helps with justifying their systematic slavery.

Have I ever once (online or off) said something like all Blacks are this bad way, or all Jews are that wrong thing, or all Gays are a particular… insult? No. Not even for White people, as far as I remember. They do every day. For me, not for Natives, not for Mexicans, not for Chinese, not for Muslims, Middleasterners, Mixed Bloods… Hold up, I just just went back to spell check Middleeasterners, ya know, cause it’s got the red line underneath and so of course I gotta know what it says as a force of habit. Look at this shit. I mean, I can’t even write Middleasterners without being WordPress telling me they’re “Drillmasters”. It’s right in the DICTIONARY. Somewhat ironically, Grammar Nazis would tell me that I spelled Middle Easterners wrong, and that might be why. By the way, I’m a better writer than anyone reading this or not, so yes I do change up the spelling for certain words just to show you that spelling is arbitrary. Same with grammar and punctuation. But where’s the Midwest dictionary? Working class? Native? Black? Might as well be Basement Made.

Their people try with a passion to force that stereotype on me daily – the Nazi, racist, uneducated, rich, far-right, fundamentalist Christian – but that’s obviously not who I am or where I’m from if you spend any kind of time with me. Never have been. Clearly not a White Supremacist either. You should be able to consume enough of my content and get enough of the way there too. That’s what thorough research is. There is a HUGE disconnect between what these Internet People – that don’t need to work hard in life to advance professionally – interpret and spread, and what the Real Life People – who are required to work hard in life to achieve – interpret and spread. I grew up German in one of the most German states in the U.S., but I’m not allowed to speak on my own culture. Speak German or talk about German culture with the average American and you are the worst thing to ever happen. German-Americans are the largest ethnic group in the United States of America and are centered in The North/Midwest. So which one are they really – Nazi German gang or Wisconsin German gang? Both? Neither?

In America, speaking positively of German people is like speaking positively of Voldemort. Same goes for Bald, Rural, Mixed, Native, Muslim, Middle-Eastern, Mexican, Russian, Black, African, Chinese, Asian, Gay, Midwestern (Northern) and Southern folks. I don’t hate, or even dislike, any racial, ethnic, religious or otherwise “foreign” group (as they’re described by others in mass) just for being that way (including Jewish – for the those that haven’t picked up on that yet). I have loved, lived, collaborated with and worked alongside many fulfilling Jewish people that have lead to unforgettable positive experiences and wholesome life lessons. Same with Black and Gay folks, of course, and all the rest of these peoples.

This is nothing new to me, so I know if you share this piece with your useless friends and family to get their invalid inputs, you will most likely get to know a couple of their more common forms of auto-responses:

Ya got the Neo-Slavers/Crackers/Whities who are of German ancestry but have willingly assimilated to American mainstream culture, believe it is the right thing to do for unity (like Americans all speaking English), and still feel it’s their right to speak on their heritage, without the knowledge, and acceptance of the related cultural aspects and consequences for recognizing and embracing it. This can also go for the Racists fighting to force all “White” people into the same demographic category.

Then yeh have the Racists, Xenophobes and Homophobes that say certain people don’t deserve equality, and this is a non-issue, because they themselves benefit from a uneven playing field, and would rather whine their way to death than accept a possible alliance between the aforementioned groups. The deflectors and alluders. The subdissers, memers and fake independent whores. Cover these bottom few paragraphs up, and ask them before you get here: This is “wrong” or “impossible” for some reason, right?

You might also get the nitpicky excuse-maker. They’re the type to read Why Wisconsin Voted For Donald Trump: The Coastie Privilege, listen to The MAD TAPE, and watch The Basement Variety Show, come out the other side more jealous, self-loathing and angry at the world than when they went in, and find all excuses for their continued crimes against humanity – often pertaining to their dislike or confusion with keywords like “politics”, “Hip Hop” and “negative” subject matter. Or they want their info from a line walking pussy. The “It’s my right as an American” to be a useless sack of organic matter.

If you didn’t already know all this information, and you don’t agree with all or almost every one of my opinions, and stray true to yourself in practice, you don’t know me, Madison, Wisconsin, The Midwest, or America as much as you falsely represent on a daily basis – and you probably legally owe us more money and opportunity than we could ever owe you. If you’re first inclination is to lean on yourself or convenient answers, go ahead, but don’t expect to learn more than what I just taught you. Listen to Doctor Beef, bitch.