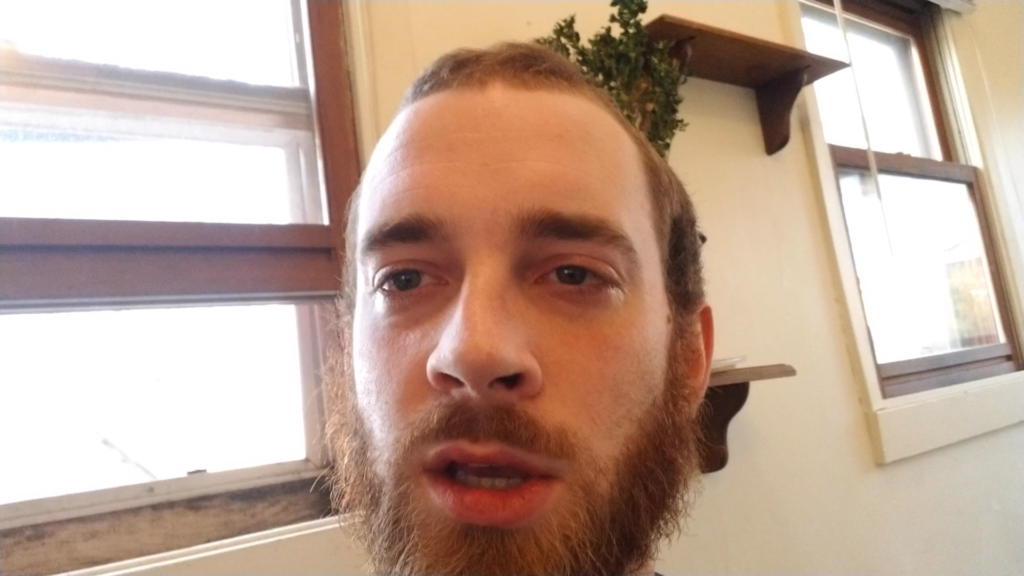 Your favorite celebrity is a scared lil bitch. That just hurt their scared lil bitch feelings too. Maybe yours as well. One more time for y’all scared lil bitches in hip hop, Hollywood, media, politics, etc. SCARED LIL BITCH! And yes, I will say this directly into their soul if given the opportunity. These whores are quite familiar with Basement Made. You would have to be nuts to think these lil bitches don’t snipe off Basement Made all day. That being said, imagine, instead of their computer-replaceable input on everything, you get us instead, sometimes, and then you can observe for yourself who’s more impressive. Then it’s over with. Wisconsin rises. Midwest is the new center of the country like it always should have been. Earth is better.

I just recently pulled up Wil ‘N Out to watch some episodes because I missed a few seasons. I grew up on the show, watching Nick, Katt, Affion, Spanky – all dat. The fact they included some Midwestern talent on the show brought it closer to home. I always wondered why Nick Cannon got so much shit too. He seemed alright to me from what I saw in Drumline and on the show. I hope he’s still an idol of mine. He was bringing all these people together to party and have fun, and it made me think, “Maybe we could do something like that here”. Before that, I would watch Who’s Line Is It Anyway, and that was pretty good, just too much of that baby boomer rapey-scammey-racist-hyperconvenience tongue-in-cheek vibe. SNL hasn’t been funny to me since the Chris Farley (Wisconsin) days, and now it’s not really humorous unless the black guys are in the sketches, but that’s the OG improv show I guess.

Anyway, I start watching Wil ‘N Out and I get to a video where I hear this new cast-member Carter Deems say he’s from Milwaukee. I thought, “Wow, that’s strange because I know all or almost all of the higher level rappers in Wisconsin, and that’s definitely not one of them.” Turns out, he’s not from Milwaukee at all but claims to be in his Wil ‘N Out audition. Culturally appropriating Wisconsin, nothing new. He spent a few years here, landing huge deals right and left that Wisconsinites are not allowed, even after lifetimes of quality work. So why did he claim to be from here then, if we’re such losers? Because they need a token Wisconsin to fill the slot. They have wanted a slice more and more since 2010ish. We’re that enigmatic piece of a state right between Minnesota, Canada, Michigan and Illinois that they want to turn into this cute lil cheese-beer-sports caricature of a country bumpkin.

Actually though, based on history and the present, we’re the laborers, scientists, artists, politicians, entertainers, inventors, so on and so forth to the point the combination will frazzle an outside brain into an even more scrambled state than it’s already in, trying to understand how aptitude and adversity are directly tied together. Wisconsinites are well-known among cultured Americans as exceptional and outspoken. Also, any sane American knows Midwestern folks are more competent and capable than the east, south and west. Duh T.I. and any other “educated” hip hop people. We’re both nicer and tougher. This is why they want us. Southside Chicago is a part of a similar game to Wisconsin, but obviously not with the same rules, since they get scooped up all the time down there. That being said, they’re pushing to make that Chi boy a cute caricature too, and without the real implications of local culture – all the same. What they don’t want are the working class messages that come with the slave. They want us to play right into that racist colorwheel shit they easily brainwashed the less excellent parts of this nation with. Shit, I’ve started many industry wide conversations, virtually by myself, just by actually living this “struggle” that their people are always inventing stories about. The real ones know what I mean when I say they get all wide eyed when I speak my truth, like I’m some sort of alien creature. Then they say “I don’t believe him” or “We don’t believe you” – or whatever.

They don’t trust someone who’s actually put in the work. Listen. They don’t trust someone that tells the truth. For real. They don’t trust me for blowing their minds wide open, as if I’m cheating somehow. Again, systematic oppression. This is why I can blast my cutting edge viewpoints and productions to the whole entertainment industry and get literally zero responses. That’s not a real thing for those that know how unqualified the people are taking up spots in my field of work. Don’t even get me started on these aimless people on stages we’re supposed to look up to as leaders. The fuck are they leading to? They take forever to prepare for anything and then they still don’t have answers for shit. Just beeps, boops, faces, boobs and butts.

I don’t know about before the 2000s, but since then vultures from Minnesota and Illinois have been migrating to our state, en mass, because we have a more interesting and wholesome culture, a more hopeful future, and it’s cheaper. So then they’re driving us out of our own communities with their excessive needs and nuanced slavery, taking credit for who we are, and then planting placeholders all around us to faux their consideration of authenticity and quality, as these empty vessels of theirs straight outta privilegeville talk all that gangsta shit and tell us, “Pipe down and gas us up”. These are those same people constantly emphasizing the importance of college degrees and accomplishments they have solely due to their employment somewhere. Of course there’s the classic raping of our souls, with inequality studies that don’t at all show the reasoning behind the struggle in our area. They love dropping those on us like, “Look, whitie-blackie stuff, and feel angry at yourself and your neighbors for it”. Pit us against each other and then we’re not noticing that inequalities such as this are directly tied to their favorite fascist cities and parts of the country – and ours last.

If I can’t even get a chance at a writing or production job, show or audition, having outworked my peers and innovating beyond a fascist’s wildest imagination – without ever getting a shot, succeeding in multiple arenas of entertainment, hip hop, media, art and politics, surviving hell – so who else will that has put in work around here? They will continue to hand out opportunities to those that don’t deserve them, from elsewhere whenever possible (also , so they can use them as a crutch as to why “We’re not ready” or whatever the untalented, racist, privileged, fascists say, picking any random aspect of anyone and turning it into whatever they want it to represent, always asking for just “One more” thing, talm bout “If only” this, “It’s sad” that, or “I wish…”, or “I heard…”, or “I didn’t think he wanted that”, and “He burned all his bridges”. They tell you what you’re doing “right” and “wrong”, and your say doesn’t matter. In our existing economic system, the uneducated (rich and poor) and lazy (rich and poor) have more social power than the educated. They’re the overemphasizers of college in both directions – the haters of “college kids” and the lovers of the “college educated”.

They love the “Why don’t you do something about it then?” one too. Or the “Well, he didn’t call me”. Ole “I shouldn’t have to do nothing, that slave needa come to me boa, so I know he know who his master posed to be according to the American bible of anti-effort” – looking ass. Ole “remedial argument by way of social media commenting” – looking ass. They’re the ones to tell you “Calm down” and “Relax” when you’re getting too serious for their joke of a life. Gotta mention the classics “He’s messed up” or “He messed up” too. Or something about “Excuses”. Try making your own. Just make a vague or slanted statement directed at an exceptional person (or people that exceptional person knows of, and vice versa) and end it on a down note. That alone is how many of them make millions of dollars off our backs every day. The ole “Not everyone is made for _________” line.

I still enjoy Wil ‘N Out but I know I could add a whole new element to the show, like the battle rappers Hitman Holla, Charlie Clips, Conceited and Charron, or DC Young Fly, only… very me. I can do the rapping, singing, poetry, dancing, jokes, roasts, and much more – second nature. I can do their simpleminded racist, sexist, homophobic jokes, per-existing dances, pre-written “freestyles” n all that no problem, plus, I’m intelligent, so I don’t have to do that halfass artist shit if I don’t want to. Part of the issue is though, I know I really hurt people to their soul when I go all the way in. I have a strong, deeeeep voice, with an accent strategically foreign to mainline America, and I really have survived some inexplicably horrendous things, right here in the heartland of America, cross genres and arenas, accomplishing through the mess the entire time – so I truly have bars that can crush someone’s understanding of our country for a long while. I can hit so hard, I can get a person or group to change their thinking in life forever. Not just some rappity rap, trite, pc, slickhead-bleachhead nonsense with a LSD trip of a lesson at the end. The problem is though, even if I do teach someone a lesson, they still have the advantage of being a generic face in the crowd, so they can just go on pretending like they deserve the opportunities they have, because it works better with their self-inhibited brain, while I’m sitting here wondering, “Why are so many people Googling ‘Cliff Grefe Net Worth'”?

This was more of a rant than anything, or in other words, if you’re not a fuckboy or fuckgirl and know how to speak like a sentient human, you could say a stream-of-consciousness, crazy flow, progressive text, uninhibited piece, or all the above and more. More “curse” words in a list that you shouldn’t take personally at all in this context unless you’re concerned with non-issues: Bitch, cunt, ho, dick, cock, ass, fuck, damn, retard, faggot, clit, pussy, nigger, nigga, spick, chink, towelhead, red dot Indian, Nazi, sand nigger, bastard, tree nigger, sped, kike, wetback, redskin, blackie, whitie, firecrotch, daywalker, fudgepacker, dyke, homo, wigger, nigger-lover, tweener, coon, darkie…

P.S. No one on Earth is giving out unbiased viewpoints on anything, literally. That’s another quality of the fascists, ya know, the ones that go “He’s too angry” or “brash” or “opinionated”. What they mean to say is, “I have retarded myself with God-given advantages in life and have nothing to say that I thought of on my own, and I’m jealous of him (or her) because I wish I had the balls (or ovaries) to be a person that’s changed both their and the situation of the world for the better – forever”. They’re taking the side of the no-side. Think about that. Moderates are dead weight. Ain’t a person on Earth having moderate views if they’re working on or towards anything significant.