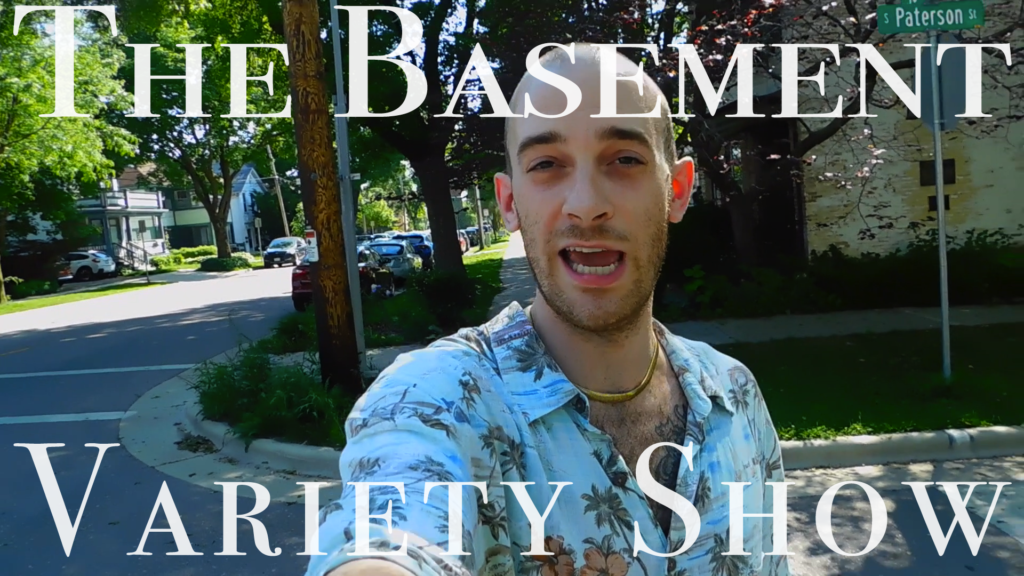 I noticed Youtube don’t show the video category under the info section no more. Not sure if that’s recent or not but I thought they used to list it. Either way, I can definitely see how a less complete description under the visuals would affect first time viewers of mine. I’m like a super dope actor bro, so many of them, I’m sure, think I’m speaking from my personal viewpoint in these sketches. Jokes on them because the intention of this series was never to troll. This is good, clean fun. Pure, unadulterated “Comedy.”

To clarify, my characters come from experience and study – real life. I’m speaking from the individual or group’s stereotypical mindset, often times voiced or suited like one of their prototypical representatives. While I am being serious in playing out the characters, my thinking is usually something of an opposite to who I’m portraying in the parody, depending on how I’m going about it. I do swap a little of my thinking into the opposite perspective, just to make it a bit more interesting for who’s watching. Also, to piss myself off a little – to remind myself that no matter what there will always be someone with a God Complex ready to hop on my back – and know that nothing can please an anti-scientist except for being right. So, I include what they think is logical and at some point refute it, since I want strong continuation to exist within the characters and don’t want the play to be obvious even to the woke or invested viewer, but knowing they’re too self-absorbed to hear the contradiction, I can assume they’re hooked in to possibly absorb some of the rest of the material that they think is wrong due to the Mere-Exposure Effect that obviously affects weak-minded Americans and other fascist-oriented peoples to an extreme degree.

I just listed some topics in the show’s description because I touch on areas that go beyond any other sketch, skit or black comedy show I’ve ever seen. Big shout outs to Chappelle’s Show and Key and Peele. Those guys did Black comedy with black comedy and wow those white shows were dark. They clearly avoided certain pressing subjects on both shows, though. Subjects that are critical for Americans to understand but not for privileged people to get rich. Maybe they’re really not that intelligent. Just as possible. I have a strong feeling that’s the case with Saturday Night Live, since they’ve had so much power for so long. The Coastie privilege has shown bright in 2020 and that’s who writes these shows. My material includes parodies, sarcasm, dark humor, black comedy, monologues, educational videos, political commentary, economics, science, technology, ethnic content, local culture, legal system, class conflict, race, gender, religion, sexuality, geography, globalization, historic trends, news, art, music, film, production, editing, drawing, graphics, environment, nature, conservation, guns, gangs, constitutional rights, entrepreneurship, America, Midwest, Wisconsin and Madison. See bio for more.

I plan on shooting hundreds more episodes, to start, and collaborating along the way. A few people have told me I should do a podcast too. I might get that going this fall after I move into the new spot. More music videos on the way too. Should be bonkers. I’m about to have a big place (for me) in the downtown area, so there’ll be much more room for indoor activities. Plus, I’ll be around people that are less fat and lazy, angry at the world, that don’t have screaming kids around all day long, or stare at you at intimate distances like they want to kill, rape or rob you for living in the community. Who else thinks I made it for finally having more than 2 windows, a washer, dryer, dishwasher, and parking, not next door to the airport, highway, train or police station – at the new spot? I’m excited. Might even buy an ignant ass chain or sumn to celebrate. Holla.