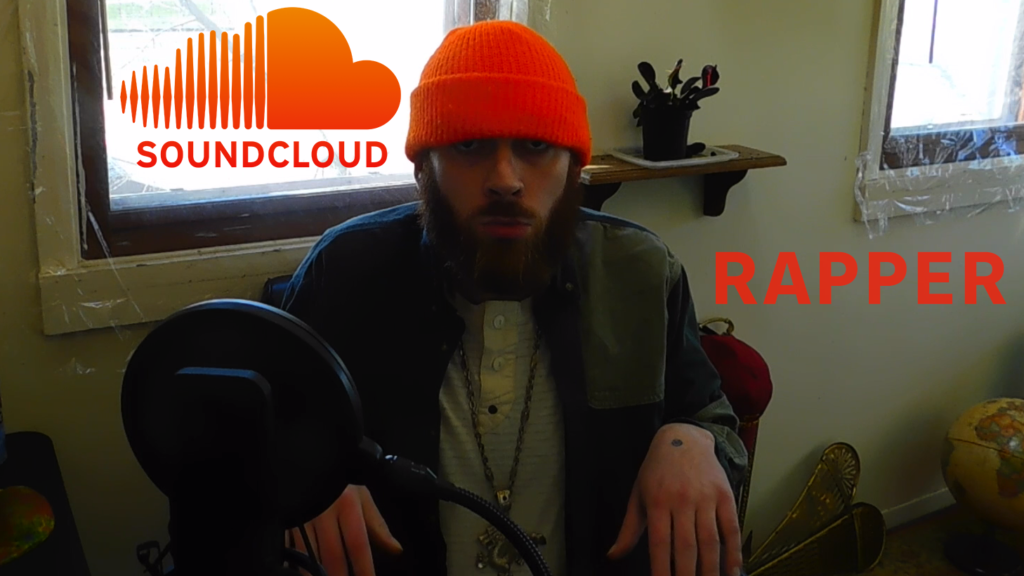 How many times have ya heard someone slander an artist for posting their music to Soundcloud? I have heard it many times. They don’t have any reasoning outside the central tenants to fascitalism, yet they broadcast themselves as cultural heroes for supporting an anti-art, anti-entrepreneurship, anti-fun, anti-community, anti-merit, anti-freedom of speech agenda, it is considered acceptable in mass to Americans, and thus we have “Soundcloud Rappers.” Time to talk about it, kidz.

Soundcloud is the best streaming platform for both musicians and listeners. First, and most importantly, one can post any content to the site, up to 3 hours, without paying a single cent or even signing up a credit card. Ya know how industries rooted in tricking fellow countrymen require collateral before one can use their below average service, so their squad of keyboard warriors can then hook that person into a looped monthly charge the consumer in them might forget about, or think they need? That’s where your Apple, your Beats, Amazons, Pandoras, Spotifys, Tidals, and wherever else your “real artists” have their music featured – UX disasters for fans of music.

To clarify, real artist, often interchanged with “professional,” is a term commonly used by unskilled, uneducated, uncultured American models to describe their kinfolk – the apparent, physically attractive specimen of the spoonfed mainline-coastie-southerner-metro demographic – that has been selected by out-of-touch gatekeepers to placehold a prestigious, high-paying entertainment, media or otherwise socioeconomically advantaged position, hide from and down the public from highrises with doormen and gated communities filled with Karen’s and LaKaren’s, promote random murder, rape, theft, kidnapping, materialism, propaganda, pseudo-science, fake news, working class warfare, and all the hot social media acronyms, -ism’s and -phobia’s.

Haters keep slamming Soundcloud rappers because they are racist, classist and jealous. If they went at Soundcloud artists, they probably tried backing up their molly wop with Nazi-like beliefs (Soundcloud is German). Go ahead n have an extended conversation with these people, check out some of their other posts or commentary online over an extended period, and see for yourself that they are a toxic breed of lost, insecure, passive aggressive people that get off by oppressing others with whatever power they have. Doesn’t matter where their power comes from, or what evidence they have, they will use “any means necessary” (one of their popular phrases) to tear others down on the daily – especially if they’re gifted and different.

Soundcloud also allows remixes, which can be essential for the success of today’s indie artist. Even the heads and dicks fiend for that remix element whether they think so or not. They want the same shit again, with the same sounds, with all the same contradictory rhetoric, with the same type of dance, and the same repetitive cadence – a different gimmicky personality with a face covered in makeup. Take that away like these other apps and the average person can no longer remix a popular song and release it on a popular music streaming platform (Youtube requires a video). They inherently think limiting the opportunities of minorities is justice for the original artist – who might not have written the song, come up with the flow or melody – but does benefit, even after death, from Stans who have the privilege of blindly speaking on their behalf and affecting large groups of the targeted market.

The best streaming service also features the “Station” option, which is SC’s version of the radio function (the real SC, not the one for Fakebook-Finsta whores). I think the algorithm is a solid start but needs work. To get listeners to what they want to hear, both the listener’s and creator’s preferences need to be considered, weaving industry songs and underground music together (a cardinal sin to them). That’s the point, right? The world needs to decentralize branding and blockchain contributors to make any claims of a level playing field. Notice the lack of ads too. Where the other popular streaming services are obvious money grabs, Soundcloud offers a superior product outta the gate, and then offers extras that are hugely expansive and extremely useful. And speaking of superior, this system allows both uploaders and downloaders the HQ option. I upload most of my files as wav’s, so that’s the same ya get when you hit the “Download file” option (considering generational loss).

Soundcloud launched a few new exciting features recently. The first is the publishing, which is useful for artists that want to try and sell their work or get it on other platforms that are deemed more legitimate by the self-retarded. I have heard many an artist overemphasize the copyright ownership element, though that is important. Keep in mind, their people just want to see you blow your hard-earned cash on mixing, mastering, features on popular streaming platforms, placements, and other stereotypical steps to becoming a legitimate contemporary musician. It’s an easy way for them to weed out artists they can compartmentalize and dismiss, while fueling their forever-dying industry at the same time.

As someone who has been internationally attacked and scammed in the public eye for over a decade now, with no apparent justice, I know for certain that they will take whatever they want and there is nothing you can do about it. You own the rights to your productions if you are the creator of your music. You have rights to royalties from plagiarizers, impersonators, remixers and samplers by law – no matter who they are or aren’t signed to – but there is nothing you can do at all if they want to gang up on you, bully, jail, institutionalize, blackmail, blacklist, and manual labor you to an agonizing death. If you are an outspoken talent of a minority population, you will absolutely experience slavery in America. The more multidimensional you are, the more they will whip and chain you – literally and figuratively. Currency is irrationally assigned and casually accepted. Law & Order is a TV show filmed in New York.

Expanding on publishing and distribution, many streaming platforms advertise in-house publishing as distribution but they don’t do anything to distribute your music that you could’ve done yourself. Just auto-posting your music to different streaming apps won’t do shit but make you look like you want to look like the real artist, described above. The ones that can distribute your music are the labels, writers, bloggers, journalists, other artists, people with social media accounts and websites, DJ’s, radio, business owners and those in charge of their playlists, street teams, and anyone who’s rich, poor or anywhere in-between. Some people are too unique and authentic for certain channels, like myself, but you have to figure that out which by trial-and-error, otherwise you’ll be left with a “what if” feeling that will haunt you for some time.

Other tings I love about SOUNDCLOUD:

1. Soundcloud added the mobile upload feature as well. This is useful if you’re on the road and you get a mix back that’s ready to upload but you only have the cell on mobile data.

2. I’m not sure how long the recording feature has been on the mobile but that’s nice too for those that want to do a sketch or lo-fi joint, spoken or podcast of some kind.

3. The “Buy-link” under the song, which can be a link to any platform where you’re selling your music.

6. “Replace file” feature that allows artist to upload their preferred version of the song, even after releasing it initially.

7. The “Repost” option to main profile. This allows the owner of the profile the ability to highlight other people’s music (or theirs from another profile), alongside their own, and curate this nice little endless scrolling timeline of what they are or were fucking with at a certain time.

8. Soundcloud profiles are lit in general. See the artist or tastemaker’s comments, likes, followers, followees, links n all dat all in the same place. It’s great. I really enjoy seeing the actions that a person is taking with transparency. There is far too much implicit trust in such a dirty industry.

9. The packages they offer are excellent in comparison to the competition. I currently pay $21.49/month between my two profiles – Beef and Basement Made – and I don’t plan on switching soon. Those American shithead companies ain’t on anything except dumbing their purposed genius down to non-innovations they can convince you is minimalist cleanliness without the frills, and then overcharge for it.

11. I can upload as much music as I possibly want to my personal account with the Pro Unlimited plan (includes previously mentioned Repost by Soundcloud distribution), and then play whatever I want from my business account with the Go+ plan.

12. The diversity of music on SC is unmatched.

13. Emphasis on music. The area for connections, descriptions, bios, credits are there but require an additional step, so they aren’t cluttering up the space for easy music navigation.