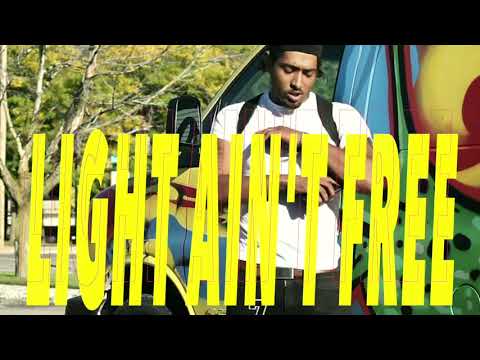 M4datworld has been delivering premium musical services straight to your screen all year, free of charge. Go ahead n grab a free subscription. The artist behind the madness delivers an exceptional brand of music on time, whenever the product arrives, and it has been this way for some time. Time to pay my dues.

This vision inducing dope is so good and free I’m to the point I have to honor M4datworld’s intellectual property rights and admit I’ve experienced something from his above board school of thought. Everything that comes from his brain should be copyrighted to his person. I’ve gained a kind of currency from his art and I didn’t get a receipt but that’s ok because this should do. Whether I want to believe it or not, I accept that I think differently after experiencing his product and it should be known. In the future, both he and I will automatically be paid the fairest share possible for me writing this same story, along with others, based on factors including contributions, originality, relevance, timing, effect, and more. And then as far as we can go, like contact tracing for viral content. Ping, ping, ping-pong. Whatever you say bounces off of me and sticks to you.

I’ve also been thinking more lately, not whether I want to hear a song on the radio or not, but would I mind if it did. There was a point when I realized the gap between what major syndication could exist for the constantly changing market of independent musicians of all kinds if streaming and broadcasting companies just put time and money toward investing in local artists first instead of pop artists, and the strategically unproven and seemingly unmovable theory that it’s not cost effective, and I’ve been comparing the two groups alongside since.

This is music I wouldn’t turn off. Funny to say it like that but I’m not joking at all. That’s what it comes down to, if I can remove myself enough to ask: “If this song just came on next to other radio songs of enough similar characteristics sonically, would I let it go, not knowing who it was?” Easier to ask that objectively than the obvious and charged, “Should this song be on the radio?” Also, this is an important question to ask, going forward, with our increased power as consumers to influence the type of content we associate ourselves with and spread to others who will be influenced by our every like, comment and share – whether it’s intentional or not. The goal is not to be stingy with our online interactions, it’s to be more honest, and more active if interested, which leads to an increasingly larger place with less need for stinginess when enough people are holding themselves accountable for what they say and do.

Pleading ignorance is a choice and so is reverting to “The Algorithm” excuses. The algorithm is made by humans for humans, so it can’t and never will be perfect, especially for you individually, even if a machine does it after human capacity to outwork machine has been reached in that respect. And leaving your musical choices to executives, teenagers, non-working people, foreigners and gluttonous pigs is just as careless, if not much more. America has millions of people, from sea to shining sea, fighting for various anti-music causes – to keep it simple, stupid, and it’s just for ambience – flat as death against the hard fact that music makes humans think and act differently, teaches and inspires. We can do the best we can, though. Always.

Blogs don’t curtail the lack of insight we get on music from news, papers, radio and other traditional forms of media. Not yet at least. I offer a mix here and each site helps but the current accreditation given to these essential but overwritten contributors to the world of creative thinking, especially when paired with the crumby compensation, doesn’t make up for the dominant and intrusive name association that comes with cyclical re-branding of nationalist, contradictory concepts through this top form of modern communication and what groups are benefiting from the effects.

I believe each one of us that wants to be involved online should be able to set up our own website, as a basic human right, and have that be the first result for anyone trying to reach us or find out more about what we’re doing – ahead of all other sources in every search engine anything. This should be the mindset of the person looking them up in this way too, to check their page first, and then go elsewhere. Any other way is more fascist.

For those thinking they’ll be cut off from all their social media friends, it’s not difficult for a professional app engineer to come up with something that ties different sites together that cross-promotes each others’ agendas based on preferences, analytics and geo-location. Think of how exciting Facebook was when you first experienced it, Google Maps, your favorite entertainment site, and new form of payment, and then imagine if all that came together, putting us in charge by name and face, of our own respective portals to others, as they enter the endless void that can be the internet, re-humanizing us from the age of grossly dishonest social media, re-vitalizing our relationships with other humans in the area, remembering and trying not to forget any information, no matter how small, for the economic benefit of those we care about in our collectives.

I don’t think I’d change it from one of these lo-fi rap songs, as some would quickly categorize his apparent style. I don’t think I’d change it if they were hi-fi and those same people didn’t categorize his music that way. Knowing this guy has done right in this world, stayed committed, crafted these goods with limited tools, and worked with many others in the area including ICE and Fromupthastreet recently, I support it. No matter what affiliation you have politically, standing up for your community or region is in your best interest because that’s where your body physically is. Doesn’t matter what you’re thinking about, even with 5G to infinity and beyond shooting through your head and an Elon Musk chip in your and your favorite slave’s head. This is different to the point I would notice it from a place of interest if played next to what’s in rotation now on pop and other big name radio.

They say I’m wrong, like all the privilege in the world can easily buy an American’s personality and soul, and it can. Then again, I’m an active contributor to hip hop, culture, America and other top bureaucracies, my preferences are constantly changing, and I stand out as new when I don’t know what’s coming next in the predictable queue of America. Doesn’t matter what I seem like. I’m not easily swayed like their school of thought teaches because I’m a contributing member to many societies. There’s a time for instrumentals, but if I’m playing for meaning and enjoyment, music with words automatically wins because it has more directly translatable meaning than instrumentals by themselves, and the best type over time would be coming from alternate perspectives and varying sounds – respective to who and where I am. Right now, I’m treated like dog shit as a passionately involved artist, journalist and listener.

We all have our individual preferences but we need set a baseline in the industry for complexity above the current one when it comes to radio music. That is not too much to ask. We need to recognize more often when parties, perceived as legitimate by masses, are fighting for the terroristic-level dumbing down of thought – by breaking music down to the bare bones and studying it like scientists. Think about that one song that taught you a word. I’ve heard many people say that they didn’t know how to spell “Independent” until Webbie dropped that lesson in ’07. Dat part ain’t for everyone but we can all make small efforts to level out the microaggressions with micropromotions, supporting the contributions of those physically nearby who are offering their uncomfortable truth to the public, whether we perceive them as a positive or negative influence. If you think most of your positive influences come from afar, you are wrong. You’re afraid of who your real heroes are because that would mean you would have to be honest with yourself and others. You have a comfortable, easy lifestyle that allows you to think and act in this way.

Don’t let my ideas overshadow Arcani and his talent. I could’ve featured my bars in another project but I chose to feature him on this because he is a person that would also benefit largely from a fair trade, royalty-based, decentralized system for education and entertainment. I love his art. Lately, M4datworld gives life to desolate, relatable areas, alone, with his music but not necessarily rapping all the lines, to the beat, or at all. He’s a rule breaker when it comes to audio engineering and song length, rolling through albums of gravelly cuts with his marked precision, like he’s laid back and treed up, not trying his hardest. But M4datworld strikes one-of-a-kind singalong moods with his Light Soulja persona amidst the foggy production, and then places these nostalgic film edits over the lens of the song in his videos, bringing out a homey tone in his music, like I should be remembering when this campfire freestyle happened. Hopefully in the future.