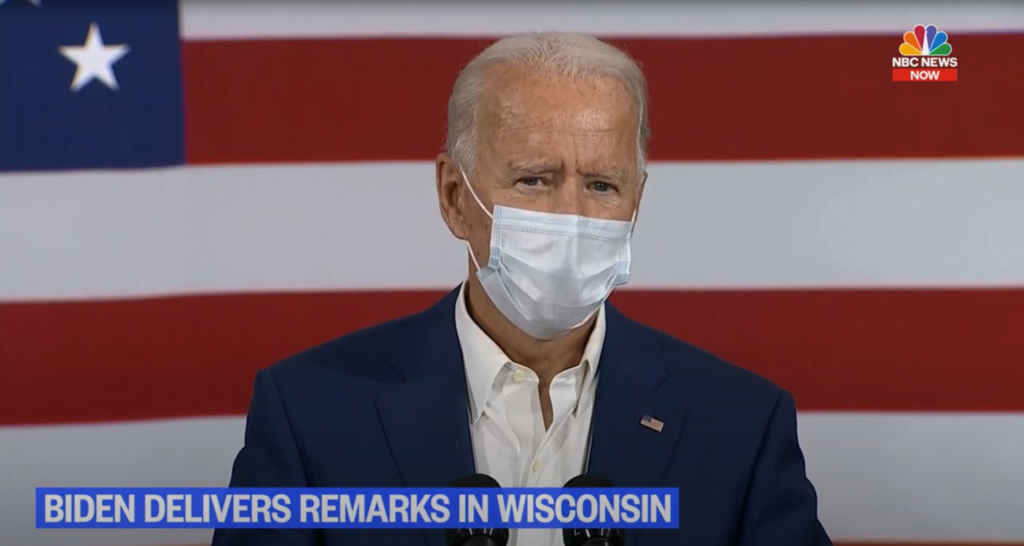 Donald Trump put on a show for a private airport in Janesville for over an hour and a half during the peak of Coronavirus diagnosis season in Wisconsin. This is not an easy task for these people – being seen here. Typically, when they do pop in, they end up talking like this guy – about milk, milk, milk, factories, old people, milk, military, factories, factories, milk, old people, military. This is exactly what Donald Trump sounded like to the local linguist. He showed up and showed out purple as ever. Early voting has now started in Wisco.

They don’t like recognizing our culture because it would flip their whole plan on its back. I love our milk, factories, military, old people, and more things that can fit on a one sheet. Donald took special time to emphasize the premium Canadian milk. He also took time to recognize Democrats and Republicans in the crowd only to support the continuation of this altered reality where we’re not living in a nation built and based on exploitation. The Federal Government is based in New England. The very concept of Dems and Pubs from Washington being different than ours in Wisconsin is foundational to the meaning of Republicanism. And he’s going at Big Tech and Big Pharma now, but for how long? Big Anything is disproportionately Big for Big America.

Donald Trump is a racist and therefore communicates with the accompanying intelligence that anyone uses when trapped inside that bubble of thought. I don’t care if he’s a meaniehead or not. He references Black and Mexican people as “They” in the classical sense here, saying that they should “Love” him for all he’s done. And of course he (again) dropped the line about him doing more for Black people than any other President except maybe Lincoln. Militarizing police good for minorities, eh? Like they don’t know any better or sumn?

This is the same person who backs the murder of all these men by way of local law enforcement. The same one that backs building a wall between 2 countries divided by a culturally meaningless line decided upon by corrupt government bureaucrats. I know these “Opportunity Zones” in Madison and they are prime real estate for gentrification. Suburbanization is a disaster. This way does not work and we are being lied to in order to maintain this Keeping Up With The Joneses-Babyboomer-Hyperconvenience-Materialistic-Soulsucker-Fartsniffer-Party.

Obviously people like me have never supported Donald Trump’s political agenda. The separatism, antagonizing of foreign countries, hatred for immigrants, ridiculous tax returns, and treatment of COVID-19 are all standalone reasons to look elsewhere for answers. Part of Donald Trump’s vague platform is to end Antifa, or in other words, Anti-Fascism. Are Americans just taking that like it makes sense in a free nation? For decades, they told me I was a Wanksta-Geek-Slimeball, then I morphed more into a Hipster-Bro-Nazi-Trump Supporter in college, and now I’ve evolved into an Antifa-Fascist-Snowflake-Proudboy over the past few.

Joe Biden’s people are the flip side of the coin, and the other side to those labels. They typically just use different words and swap out certain groups that Trump attacks for other marginalized populations. Joe seems to be less concerned with the childish antics, though. He doesn’t seem to throw as many tantrums and speak for others as if he possesses others’ thoughts. That being said, it does seem like Joe is reading others’ thoughts from a teleprompter. The “Sleepy Joe” jab caught on as did this “Donald Trump Card” rapper rhetoric that has drawn many Black people to Republicanism since in the 2010s.

The President in and of themself is not to blame for madness but Jo Jorgensen might come closest to a game changer. Check her out if ya want. She’s a teacher, and generally pushes personal liberties and choice over wide reaching big government plans that everyone pays for but only a select group benefits from. Libertarian candidates would make debates more interesting. So would Indigenous folk like Mark Charles. Apparently, you can write him in for POTUS in many states north of parallel 36°30′.

But why don’t we all just wait til Election Day and vote for our favorite people? Now wouldn’t that be interesting having to count all the votes for Brett Favre, Jesus, Chuck Norris, Denzel Washington, Hitler and DaBaby. Not all votes count the same, though. Conservative Christian Independent Kanye West didn’t make the ticket in Wisconsin. Neither did the Green Party. If we all voted for ourselves this year, almost none of us would win. Write-in candidates don’t count in “many” states. In an ideal world, we would all be voting for the man or woman we individually believe would make the best President.

I don’t think someone would then win a state in this way, coming around every once in a while, hopping right up on our stages, dropping off another load of empty promises. Their disciples trust in these candidates to the point they’ll start a crusade against transgressors of alternative viewpoints. They shun the up-and-comer, the underdog, the outspoken – for syphoning votes. Has Kanye performed in Wisconsin more than the one time in 2011? None of these candidates gave a new perspective on ATC Lines or Fair Maps.

This campaign process is a clown show. We need more diversity in how we experience these people. A man once told me Congresswoman Alexandria Ocasio-Cortez streamed on Twitch. That’s timely. I want to see one of these dudes do a full day of blue collar work. And then do it again for a week straight. Or do a rap battle. Let’s see who scores better on a math test. Or see who gets out of the escape room first. Too much gray, black and white. Boo, get off the stage. Give us circus freaks a more colorful performance.

Donald Trump is anti-basement. He’s been saying it his whole campaign. Biden’s not underground, though. Leveling the costs of education and holding the HR department accountable are 2 of the top ways to fix America for everyone, regardless of age. Learning should be encouraged for life. We should all be able to go to school if we want for whatever we want right now and have some kind of money-back-guarantee deal with the institution at the same time. Neither candidate emphasizes smart. Not mention of domestic exchange programs, reciprocity, service commitments, how to eliminate unpaid internships with paid positions.

Working on these 2 problems will result in the highest amount of people self-realized, happy, healthy and doing what they love. This lowers the need for larger tax-based organizations. Every time they come around The Midwest, it’s this promise that they’ll bring back manufacturing. We want to automate these jobs with robots so we can all be free, right? Bring manufacturing, but bring science and innovation too. Allow us options pweeze mastuh.

We should also get credit for physical fitness, conservation of resources, intellectual property, ethnicity, living local, self-teaching, paying rent, contributions to the companies we work for… Public transportation and universal healthcare are the best ways to keep us all connected and at our best. Ya gotta mention green energy and green medicine. Independent people are not rewarded. Neither are alternative lifestyles. Notice how none of em are trying to get The Midwest better media representation. Still don’t know who to vote for? Vote for me, duh.