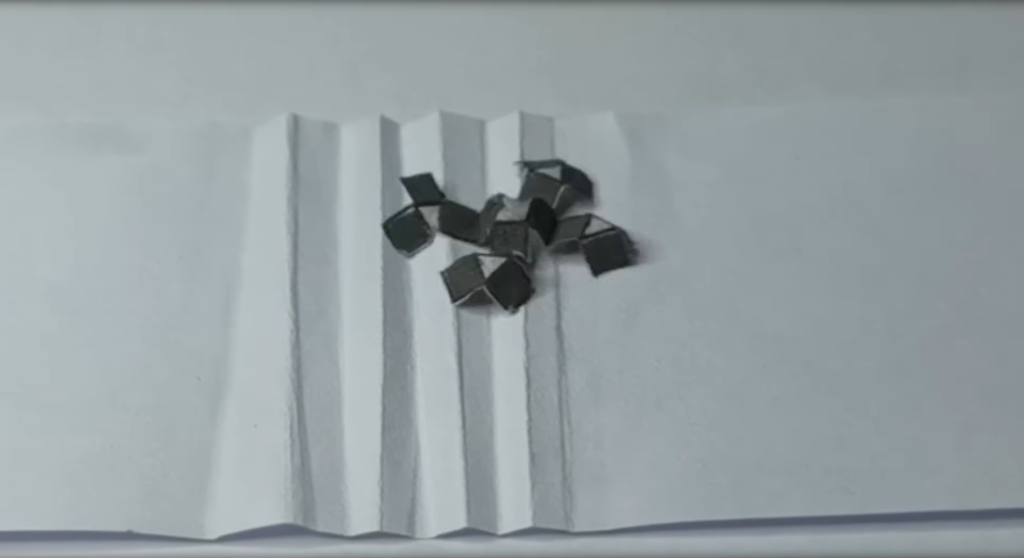 A squad of Hong Kongers including Xiong Yang, Wanfeng Shang, Haojian Lu, Yanting Liu, Liu Yang, Rong Tan, Xinyu Wu and Yajing Shen has developed a spray and delivered a study showing they can turn inanimate objects into robots. What do they do with those robots? They control them using magnetic fields of course. Use the “M-Spray” technology on whatever, dude. Spritz a lil bit a dat special transformer sauce on a whatever you want – down to the thread – and then control whatever it is wherever you want remotely using the overabundance of electromagnetic fields bubbling and popping, flinging and flanging, all the fuck over the place in America, that were set up without consideration of electromagnetic pollution, thus with partial reasoning to torture, poison, and compartmentalize large swaths of unknowing citizens using firewalls (blacklisting). These thread-sized creatures are called Millirobots and they instantly made me think of one thing that still makes me sound like a Targeted Individual: Invasive Tech. They don’t want me looking out for us, that’s for sure. No better way to keep you self-retarded than “I don’t believe him”/Cancelling the one educating and encouraging the mind and body of the working class most.

You could’ve controlled a mini-mic or camera into someone’s head before now, and now there’s even more proof. You didn’t even have to control them into someone’s body either. Just have em chill in the corner of the room or under some furniture. Maybe in a vent. Logically, if you keep up with one or more of the sciences, you know if the research team just published the internationally distributed study proving it, we can easily assume that this technology has existed for some time before that. The magical machine spray is composed of polyvinyl alcohol (PVA), gluten and iron particles, according to the study. Make sure to watch this super comforting* video of the scientists remote controlling a pill in a rabbit’s stomach. Feel free to look into Spermbots if you’re into that sorta thing. Shockingly impressive tech but scary. I love the implications for surgical and medical purposes. And for justice. I hate this tech in the hands of America/America’s Majority Population Of Religious Fascists.