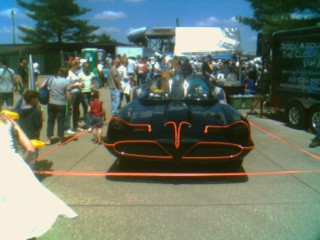 Peculiar things about Donald and Christine that aren’t coming in that mental way. I’m remembering these from conscious, sober situations. They have horrible memories. Most times I pull up anything from the past, they’ve forgotten about it for years. Those two have some of the worst memories of human beings I’ve ever experienced. That means they can’t remember things well. I have an excellent memory. Always have. Those two have also given me more terrible memories than any 2 other people, maybe, depending on Quincy, and all all their faggot team.

Chris told me that she and Don would never make Facebooks around 2013 or so. Hard to remember. It was a while ago, though. And it was before I deleted my Facebook.

Chris was yelling at Don one day upstairs and I don’t think she knew I was there downstairs. She said, “You’re son…” and then Don said “Your son…” like they were arguing over who was who’s kid. As far as we were ever told, we have been told Don and Chris are our biological parents. When I thought I might be “adopted” in 2017, Chris and Weston treated me like I was crazy. Weston laughed at me and said, “What do you think you’re adopted or something?” Forest has been treating me like shit for years. The last 1 or 2 have been different. Weston has been a jealous little bitch, like Forest, for many years. I found my “Gupta” comedy tape in Weston’s room in 2017. Dan Clausen told me someone stole it from him but he didn’t say who. Weston never said anything about it.

Chris loves bringing up the story where they left me at church, while they all went home after service. She makes it seem like that one time was the only time. I’ve known there were multiple times but she insists that it’s the one. She’s a lying cunt. So is Don. Certainly. Guaranteed.

They have their home at 6680 as a gas chamber(s) maybe just in the basement 2, mighty ducks launchpad below house, revolving wall in DC room opposite window side maybe behind shelf, secret rooms, all this shit I never saw and they never told me about. I found and went down into first the secret doorway to the storage area below the computer room. There’s a door on the floor, covered in the same carpet, in the closet in there of the computer room. Might be covered by books and/or magazines. Don has done God knows what in that room. Papers everywhere. All those times he ripped me off, signed my name, forced my scribble, stole my scholarship money, stole my work money, stole everything of mine he could get away with, raped me, and tried to murder me many times. Chris and Don are the same person, essentially. Anyone that’s overgeneralizing and hyperconcentrating on my metaphors and comparisons, sentence structure, verbiage, whatever. Dead. Anyone that won’t admit I’m the best writer and rapper of all time, in the history of Earth, humankind, all life, and the universe. Dead. See if that works.

Chris said Don “has had a very privileged” life or something, around 2018ish. Don said while I was in college-ish that “Chris’s family is weird” or some shit.

Obviously, they think I love them more the more I talk about them. This is not true at all. Never has been. If they’re the horrible people that they are, they should’ve been eradicated a long time ago, permanently, both of them, gone, dead, forever, lifeless, zero volts, no brainwaves, no heartbeats, no blood pulse, no physical movement. Dead.

When Chris and Wes came to visit me in California, I let them stay in my room, and on my bed, while I slept in the closet on a sleepingbag. I locked the door in unison when I was closing it, so they couldn’t tell I did it. Thank  you very much Genesis Renji of Milwaukee-D.C. He Tweeted something like, “Don’t eat the cookie” right before those 2 faggots arrived to the airport. I went and picked them up in an Uber/Lyft. We went back to my place. Chris offered me the roofy cookies right away. She then offered me the roofy pill “it’s just aspirin” after that. I said no to both. Then, when I was in the room, getting ready for bed, Weston came over to the door, knocked, and grunted, then going back to his sleeping area. The next day, I kicked them out. I also told the housemates to leave. They did, then they came back. I left back to Wisconsin. Eric Einhaus helped me get some of my stuff back eventually. Thank you again for that. I did not receive my computer, keyboard, paperwork from LA, electronics, shirts, pants, suits, shoes, underwear, and all that. I’ve never said anyone could steal my things, again, and I’ve never said anyone could take my things from me, from there, or when they got here.